Area coaches say shot clock will be good for game 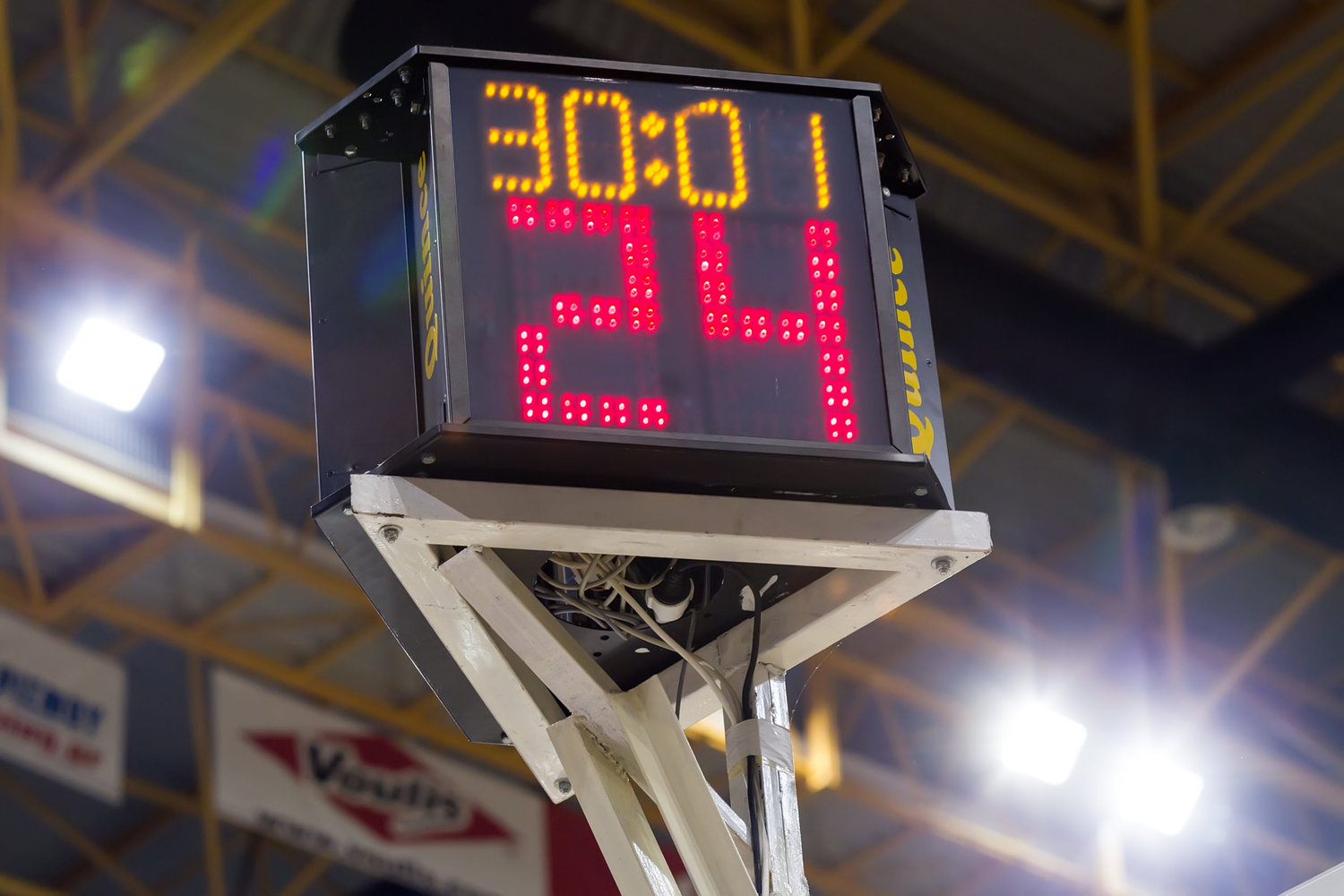 Central Lee Superintendent Dr. Andy Crozier sits on the IHSAA Board of Control and said the move will probably be something that will be adopted throughout the country.

Iowa is one of just 10 states currently to adopt the shot clock at the high school level.

"In the past we would have had to apply for a waiver for the different rule. I think now you'll see a lot of states begin to adopt it, but Iowa is one of the earlier states to do it," he said.

"A lot stems from that recommendation from NFHS, but the other thing is part of the union's and association's process for decision making is considering input from advisory groups and coaches' association. When the coaches' association supports it, we don't feel like we're making a unilateral decision."

"I don't think it impacts anything with us. We want to play fast and get up and down the court and press. It's what we do in Fort Madison," he said. "Obviously, I think it will change the end of quarters, halves, and games."

Wilson said the clock, which he would recommend be placed above the backboards on both ends as it is in college and National Basketball Association games, will change strategies at the ends of periods where teams tend to extend offensive sets and run out the clock.

But he, along with Holy Trinity Catholic head boys coach John Hellige, said they already prepare for short time situations.

"I don't want to give away too many secrets, but we already do preparation where we put 30 seconds on our clock and work on a set play for the end of the quarter, half or game. We kinda do that naturally, but not to the extent we'll have to now," Hellige said.

Hellige said he's looking forward to the change and it will be good for high school basketball in Iowa. But he said change is the nature of the game at Iowa's smaller schools and that could prove advantageous.

"Typically half your team is gone with low head counts and graduations so you have to adapt yearly anyway. I'm hoping to get a competitive edge over the other teams and try to beat them at the adaptation to that shot clock. We may get a year or two to gain that advantage," he said.

"But it certainly takes away from being selective with teams that like to run a lot."

Wilson said the change will present some challenges to coaches and players a like.

"It's going to challenge coaches and staff to handle late games and the shot clock itself. If you've got 12 seconds left on the shot clock and you're in a man-to-man can you coach or teach your kids to adjust during the last 10 seconds? That challenges us as teachers of the game," Wilson said.

Kris Hayes, who's in his first year as Central Lee's new boys head coach, also said the move is good for the game, but said the shot clock should be used at all levels in the high school. The NHSF guidelines leave open the option for using the clock at sub-varsity levels.

"I think as a coach we'll have to do things to prepare on both ends of the floor," Hayes said. "Whether that means bringing the ball up faster or maybe even more extended defenses in order to shorten the length of time the offensive team has in the half court.

"Either way, you practice it and rep it so you are consistent, then once you get into a game situation they wouldn't have to be looking up (at the shot clock) all the time."

FMHS head girls coach Tony Sargent said the decision will certainly impose changes in strategy and philosophy, but shouldn't require too much in the way of re-calibration.

"We haven't been holding the ball that long anyway," he said. "It won't be terrible, but it definitely changes things. I'm old school and late in the game when you're sitting on a five-point lead and you would normally hold the ball, this takes that away," Sargent said.

"But I don't have a preference. I'm for it and there's really nothing there for me to be against it. It just changes some things. Things I do in practice will have to be different."

Sargent said statistically teams are taking about 50 shots a game anyway. With 32 minutes in regulation that would indicate at least 55 shots per game.

Central Lee girls coach Jay Baldwin said the devil will be in the details.

He also said this will reward a team for good defense and take out the strategy of holding onto the ball with a lead. When Baldwin took Fort Madison Aquinas and Holy Trinity Crusaders teams to the state tournament the strategy with the lead was to stall in a spread offense.

"To me it adds a little bit of strategy and could speed up the game. Going back to the state tournament you had teams that would take four or five shots with the lead in the second half. Honestly, it got hard to watch. I thought they would have made the change by now," Baldwin said.

HTC girls coach Tony Johnson said the move is good for the girls and the game.

He also referred back to a post-season game where Sigourney stood out with the ball and made HTC come out and play defense to put off a rally and the score ended up in the 30s.

"It will certainly change the end-of-game scenarios," Johnson said. "You won't have to foul all the time. I've always been supportive of this change when it's been asked."

He said the biggest change will be for referees adjusting to the new rules and how the game is reset.

"You're gonna have to have extra people at the score table and someone running that clock, too. But mistakes are going to happen. It's still good for the game."

He said he thinks the players will adjust accordingly and the game will highlight the girls athleticism.

"The game's evolved more anyway. There's more 3-point shots now and I think at the beginning you'll see more outside shooting depending on the team. People will pack the lane to force the outside game with a shot clock running," he said.