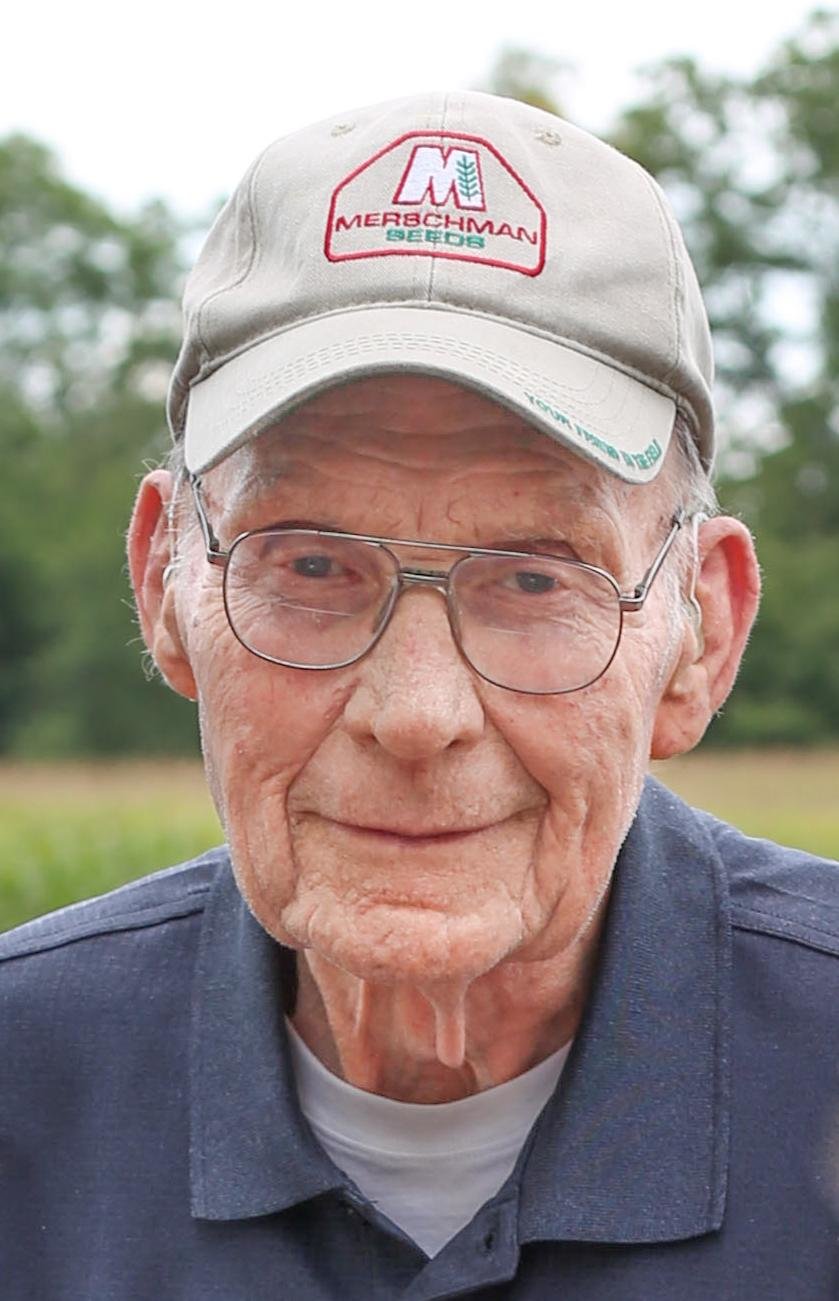 Bill farmed for six years on his grandfather’s farm.  In 1954, Bill and Bernice, established Merschman Seed Company, now known as Merschman Seeds, Inc., and it remains under family management.  He was a member of St. Mary’s of the Assumption Church in West Point; West Point Knights of Columbus - served as past Grand Knight; West Point Community Club -  served as past president; Marquette School Board - served as past president; and Fort Madison Elks Lodge.  He served as co-founder and vice-president of Merschman Fertilizer LLC, served as co-founder and chairman of Agrineed, Inc.; served as chairman of Lee County Bank; and served as past chairman of Wolf Packaging Corporation.  He was a founding member of the Iowa Soybean Association and served on numerous agricultural boards at the state and national level.  Bill enjoyed working with Merschman customers and employees, family time at his pond and cabin, and his pets.

Per his wishes, his body has been cremated.  A Rosary will be recited at 3:00 pm Thursday July 15, 2021 at St. Mary’s of the Assumption Church, West Point, followed by his family greeting friends until 6:30 pm Thursday at the church.  A Mass of Christian Burial will be held at 10:30 am Friday, July 16, 2021 at St. Mary’s of the Assumption Church, West Point, with Reverends Dennis Hoffman, Apo Mpanda, Dennis Martin and Robert McAleer, as co-celebrants.  Burial will be at Calvary Cemetery, West Point.  In lieu of flowers, a memorial has been established for St. Mary’s of the Assumption Church, Holy Trinity Catholic School and P.A.W. Animal Shelter, contributions may be sent to the Barr-Holtkamp Funeral Home, P.O. Box 247, West Point, Iowa 52656 or at the church during the time of services.  Barr-Holtkamp Funeral Home is honored to serve the Merschman Family, online condolences may be made at www.barr-holtkampfuneralhome.com .

God's Portion Day to have different look this year