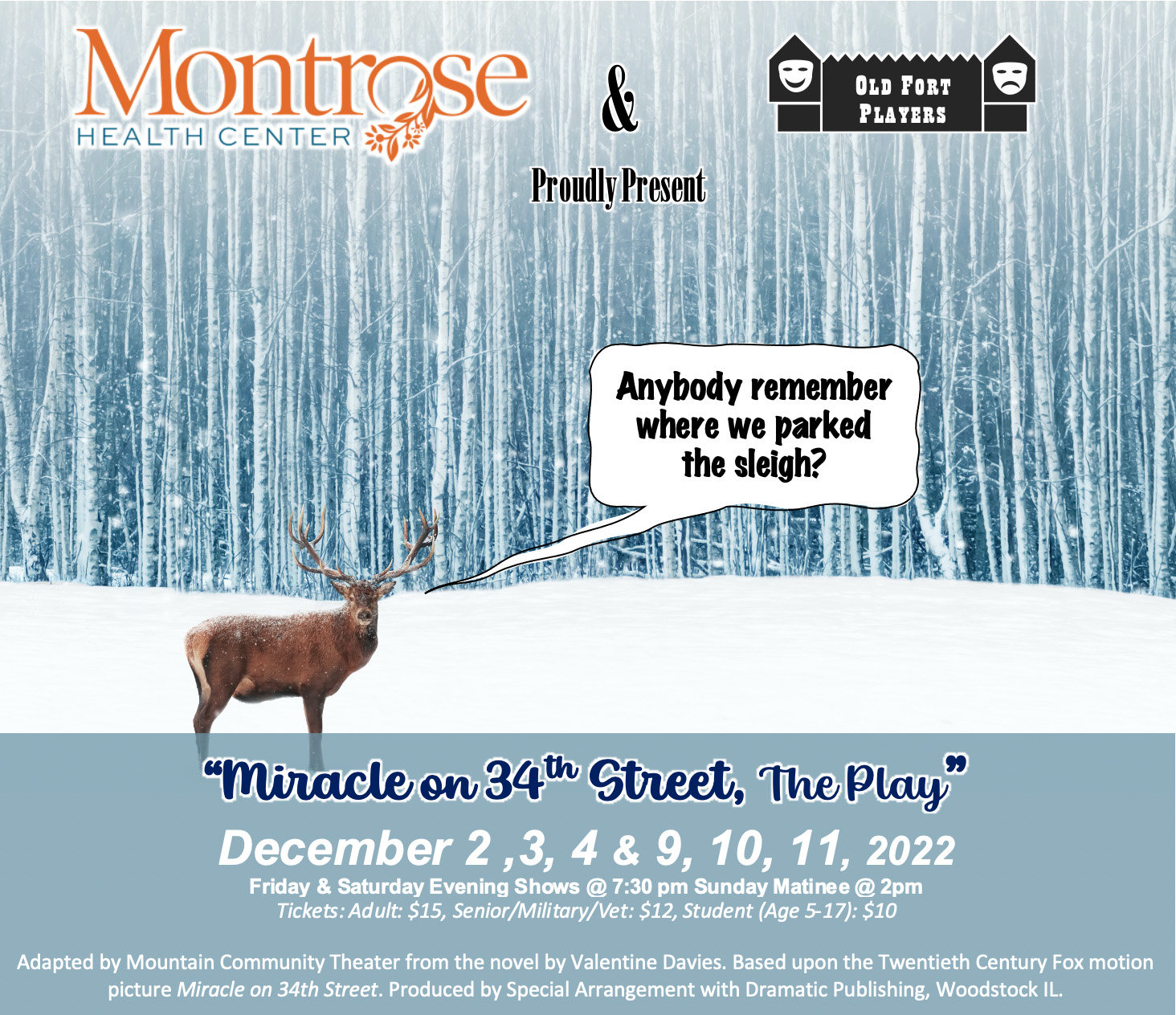 FORT MADISON - Old Fort Players is thrilled to announce the Christmas production for their 2022/2023 Season “Miracle on 34th Street, the Play,” adapted by Mountain Community Theater from the novel by Valentine Davies. It is based upon the Twentieth Century Fox motion picture Miracle on 34th Street. Produced by Special Arrangement with Dramatic Publishing, Woodstock IL. The show performs December 2-4 & 9-11, 2022. This production is sponsored by Montrose Health Center and directed by Richar Abel.

“This is a tale that we want to believe in, that creates a world we seem to desperately desire, free of the blatant commercialism that surrounds us, where love and decency and generosity of spirit are their own rewards. What we want Christmas to be all about, really." So writes the Santa Cruz Sentinel of this most heartwarming holiday story.

By chance, Kris Kringle (John Todd Gorham), an old man in a retirement home, is hired by Doris Walker, (Amanda Greenhalge) to play Santa for Macy's. Kris unleashes waves of good will with Macy's customers and the commercial world of New York City by referring parents to other stores to find exactly the toy their child has asked for.

The theater is located in downtown Fort Madison at 725 Avenue G. Send a Facebook message, send an email to oldfortplayersfm@gmail.com or call 319-372-9559 for more information. Like them on Facebook (Fb@oldfortplayers) or visit www.oldfortplayers.com to keep up with everything that’s going on at the theater.