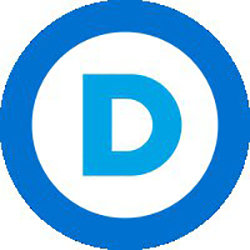 It will allow for a wider variety of voices to be heard earlier in the process and will give attention to the interests of  more members of our base.”
Mary Jo Riesberg, Lee County Democrat Chairwoman
Chuck Vandenberg, Pen City Current Editor

LEE COUNTY - The shift in the national Democratic nomination process may have left Iowa out in the February cold, but a local Democrat official says it may be good for the party.

The Democrat National Committee moved with the support of President Joe Biden to juggle the lineup and move South Carolina to the front, ahead of Iowa, which has been there since 1972.

Iowa's code requires it to be the first caucus in the nation and that legislation is yet to be sorted out, but will certainly be on the list of priorities when the next legislative session gavels in.

Mary Jo Reisberg, the Lee County Democratic chair, said the move could give the party a better look at candidates early on, despite Iowa not being at the front.

Reisberg, who is set to step down as the chair in 2023, said the current process is confusing for younger voters and hard for shift workers and older Iowans.

She also said the process is time consuming and a financial strain on the state party.

The 2020 caucuses put Iowa in the spotlight as the night was marred by slow returns and conflicting information for weeks.

"If there's not a candidate that lights a fire, the process gets confusing," she said.

"I think in many ways, the change in the caucus/primary schedule is positive for the Democratic party. It will allow for a wider variety of voices to be heard earlier in the process and will give attention to the interests of  more members of our base."

Many Iowans are clamoring for the state to remain at the front of the nominating calendar because of the revenue from campaigns, but Reisberg said Lee County didn't see a lot of that money.

"Locally, presidential candidates didn't spend money in Lee County for printing and other services and their events were often in open venues so there was not a huge financial boost for the county," she said.

"Overall, I think the change is good for Iowa Democrats and the Democratic Party nationally."

Reisberg said the process will allow for other candidates to be heard early, just not as much in Iowa.

"Although we will lose the opportunity to meet as many of the candidates face-to-face, it might push us to find more ways to either make the caucus more accessible for shift workers, older Iowans, and single parents, or to change to a primary system," she said.