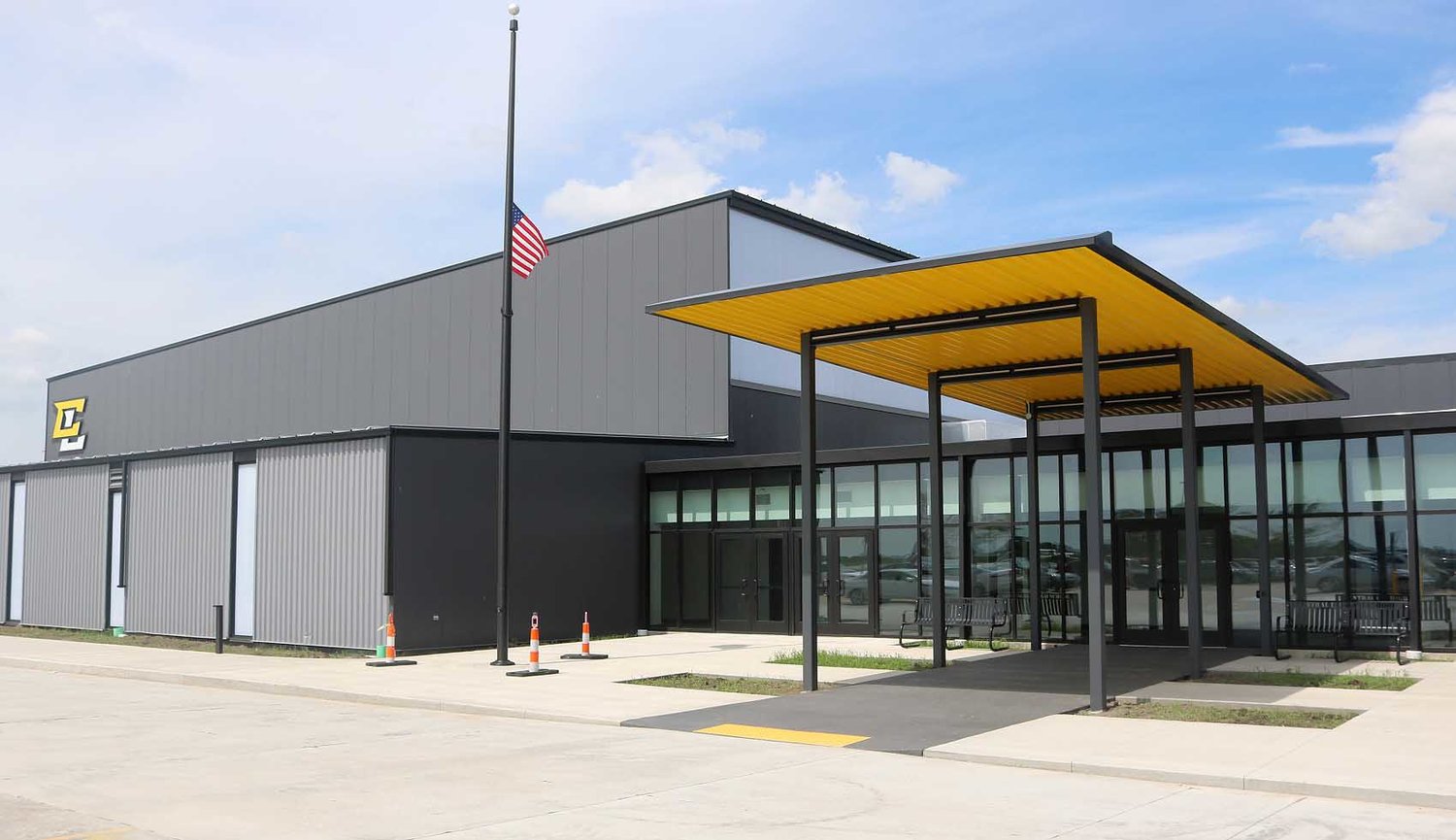 The new entry way to the Central Lee High School is fully secure and opens into what feels like a completely new facility. Photo by Chuck Vandenberg/ PCC
Posted Friday, September 3, 2021 6:00 am

DONNELLSON - You can now officially get lost walking through the Central Lee school campus.

Walking in through the new secure entrance to the high school leaves those used to the old way wondering where they area.

Superintendent Dr. Andy Crozier said Estes Construction could be off the property in the next few weeks, with subcontractors coming in to check off punch list items before everything is checked off complete.

He said he couldn't have been more pleased in how the project rolled out.

"All things considered when you put COVID into perspective, and everything we've gone through over the past 18 months - to be this close to the finish line is pretty good," he said.

"And when you consider the timing of when we went to bid and got interest rates on the bond, it couldn't have gone better for us. I would like to say it was skill, but we just got lucky."

A revamped cafeteria with cushioned booths all in Central Lee Hawk colors, a courtyard, an extended cafeteria lobby complete with furniture and coming television monitors will be an added attraction for fans, and students alike.

The district even has pods with swinging desk tables where students can get comfortable while doing homework.

The new gymnasium can host simultaneous volleyball games with a third possible in the old gym, a move that has Activities Director Wes McGraw thinking substate volleyball.

"We want to do some things with this space. We have way more room now for fans and amenities and we can be attractive for things like substate volleyball and other tournaments," he said.

The new gym floor is in with a new digital scorers table, remote blinds to allow the natural light in. The gym has eight basketball hoops three on each side and the two main hoops. The new Southeast Iowa Superconference logo appears in the lane of the basketball court and a huge Hawk logo covers the middle of the court.

"It's kind of tough for me as an Iowa State fan," Crozier said. "But we looked at that big Tiger Hawk on the center of the Iowa Hawkeyes court and said that's what we want."

High School Principal Nicole Herdrich said the students and staff are wide-eyed about the new look at the high school and the upgraded facilities.

"That's my favorite part of it. Don't tell my boss, but I've sneaked a few students in (to the gym) and they are just amazed at how it looks," she said as the new sound system was being tested in the gym.

"We have such good things going on inside the building, I want the face of it match those good things and we're gonna have that now. It's like that nice new outfit I like to get to wear to work because it makes the day exciting. That's how this feels.

Workers were still crawling around the building working on wiring, bleachers in the gym, sealing entry way transitions with concrete and other final pieces of the project. Crozier said they are still waiting on a piece of security glass that is about 20 feet long and 10 feet high that will allow the office staff to see whoever comes into the building.

The exterior doors open into a secure foyer and all interior doors are locked until office staff buzzes open the doors.

Crozier said the work flow has been about as good as he could have expected considering all the hurdles facing the construction industry currently.

"When you look at those things I wouldn't have traded or have it done any other way. Estes Construction has been really good. We've been hearing some about material delays here and there, but they've worked really hard behind the scenes to keep things moving," he said.

"This past month it seems there are specific achievements every single day."

McGraw is a 2008 graduate of Central Lee. He's taken over the part-time AD position as well as teaching. He was the previous AD at Van Buren, but he remembers playing in Central Lee's older gym.

"It was like the fans were right on the court. To be able to have more fans in the stands and it being more accessible is exciting."

"Overall everyone is really excited. I've heard some community members talk about how nice the gym is. We had some alumni come in and they were very impressed with the facilities, too."

Crozer said despite all the improvements in both buildings the district's not done improving opportunities for students.

"We're not done yet. We've got some other things and we're hoping to partner with some people. We tackled some big initiatives with this, but you always have to keep improving."

Herdrich said knowing that the district is just weeks away from having access to all the news spaces is helping detract from some of the other bumps in the road.

"The staff is super happy. Knowing that there is going to be a beautiful end product helps us deal with the little bumps like hot days, But they are excited."