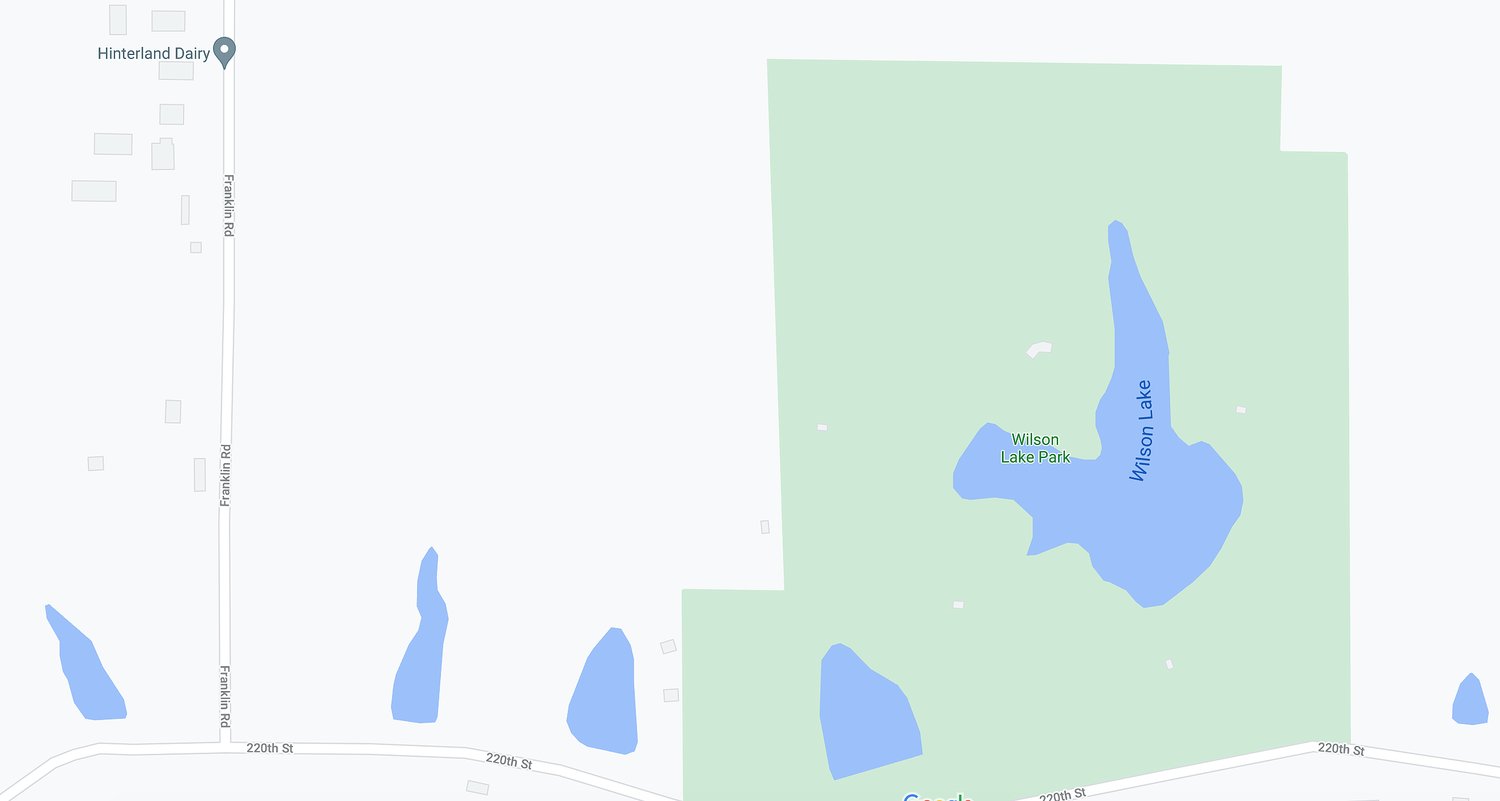 Lee County Conservation officials are looking at constructing a new pond northwest of Wilson Lake. The project could begin in 2022 if funding is secured through state grants. Image courtesy of Google Maps.
Posted Tuesday, August 17, 2021 11:43 am

LEE COUNTY - The Lee County Conversation District could be adding to the local fishing holes in the next couple of years.

The Lee County Conservation Board of Directors approved hiring French-Reneker, an engineering firm out of Fairfield, to come up with a design and cost report on creating a pond on the northwest side of the Wilson Lake recreational area.

The pond would potentially be located between the campgrounds on the park's northwest side and Hinterland Dairy.

Lee County Conservation Director Nathan Unsworth said the park has some prairie land on the northwest side. There is land near there where dirt could be brought in to build up the area and create natural draw that would utilize nutrients from the surrounding ecosystem to create a sustainable fishing pond.

Unsworth said he wouldn't know the costs associated with the project until the engineer's report was received.

"This is just another improvement that will enhance the area," Unsworth said. "The actual lake itself has some challenges for fishing. It's a pretty clear lake and doesn't have a lot of nutrients running into it. Those transfer in from the ecosystem and it's just not as productive as other lakes, so we're trying to diversify a bit out there."

He said the pond could be anywhere from 1 to 3 acres or more. If the report comes back favorable to the board, then the district would apply for funding through a state fish habitat grant in the fall.

"If we move forward and don't secure a grant this year, we will probably try again next year. But we might consider other means in the future," he said.

The district has already launched a project to replace the recreational trail at Pollmiller Park in West Point with a new concrete path that will be widened to meet ADA guidelines. The price tag on that new construction is about $420,000. The district has committed $100,000 through Resource Enhancement and Protection (REAP) funds and district trust funds, and has applied for a state trails grant for an additional $100,000.

Unsworth said if a habitat grant is approved, work on the project would probably not begin until the 2022-23 fiscal year, which begins July 1, 2022.