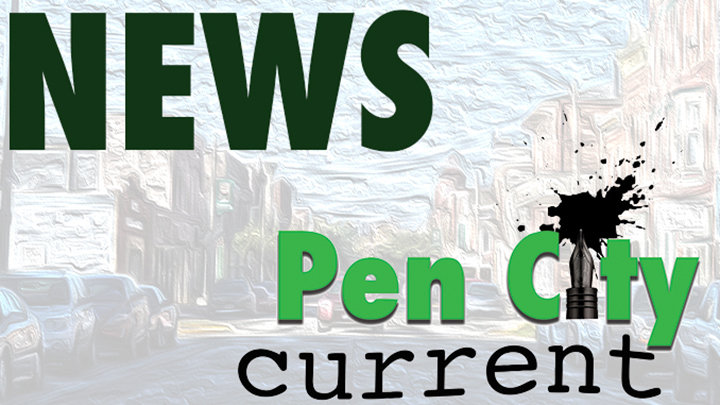 (Clarification: This article has been updated to reflect a clarification in the quote from John Kirchner to reflect he said Keokuk Area Tourism and Convention Director Kirk (Brandenberger) and Kathy made an appearance in his office Friday. The Pen City Current regrets the error.)

FORT MADISON - Two non profits are haggling over the Estes Park property in Keokuk, which is currently owned by the county.

At Monday's regular Lee County Board of Supervisors meeting, Josh Kirchner of Connection Bank, and current president of Keokuk Main Street, said that group was focusing on Estes Park as a part of their long-range planning and was hoping to be part of the discussion on the park.

The Keokuk Dam Commission is hoping to put an Ameren turbine on display in the park and currently needs county approval to do so.

The county owns the property just east of the Heritage Center, apparently deeded from a bank years ago, and the county is willing to part with property to help with the project.

The county, by Iowa Code, can't separate with the property for less than fair market value, so deeding it over to one of the groups for the typical dollar purchase is no longer an option.

Kirchner and representatives of the Dam Museum were both part of the meeting Monday and said they would be getting together to try and come up with a resolution to the property.

"I have to say from the Main Street board standpoint this thing came to a head quicker that we were aware of," Kirchner said.

"Kirk (Brandenburger) Kathy made an appearance in my office on Friday and we had some discussions so I just called (Lee County Supervisor Chairman) Matt (Pflug) and asked in general if you guys would postpones some decisions until both boards have a chance, or at least representatives from the Dam Museum have a chance to come present their side of things to our board."

The turbine, being acquired from Ameren, is about 14 wide by 9 feet high and would sit on a concrete foundation.

The issue was tabled until the next supervisor's meeting, which will be Tuesday, rather than Monday due to the Memorial Day holiday.

Kirchner said he would spearhead a meeting of the two groups this week to help hash out ownership of the park going forward, and plans for the turbine.

The Keokuk City Council turned down an offer to buy the property at a meeting last week, which Supervisor Gary Seyb said surprised him, because the city had just purchased undeveloped property within the city.

"There's a lot longer history than I've been attached to the board, and you folks know more than I do. I just hope the organizations can come together instead of trying to outbid each other."

The issue also brings to light property that was recently sold to the Fort Madison Food Pantry. The city of Fort Madison deeded the Idol Rashid Building to the county, because the city couldn't sell it for less than market value. The city wanted to basically give the building to the food pantry to divest itself of the property and associated upkeep costs, but couldn't do it, so they deeded it to the county.

The county then sold the building to the food pantry for a dollar, a move that was brought up in the county's annual audit. The county isn't allowed to sell property for less than market value either. But no notations were made in the county's audit other than a verbal acknowledgment of the improper sale. Budget Director Cindy Renstrom said no penalties were handed down because of the stipulations of the Idol Rashid family that the building be used by non-profits.

Seyb said there was rich history in the park, including a large building that use to be a Civil War hospital that cared for both Union and Confederate Soldiers. He said he's hearing that's how Keokuk got a National Cemetery.

In an unrelated issue, the board approved support of an application for fiscal year 2022 Living Roadway Trust Fund grant.

County Engineer Ben Hull said the county is in it's second year of having reestablished the Integrated Roadside Vegetation Management plan and have a state-approved plan the board recently approved. The plan allows the county to go after grant funds to help get an inventory of the county's roadside vegetation.

The state did award about 20 acres of native grass seeding for the county to use on roadsides, and the grant would help pay for a systematic look at the whole county in 1/10 mile segments for invasive or noxious weeds, or see what native plants are already in place.

Hull has been working with Lee County Conservation Director Nathan Unsworth on the program.