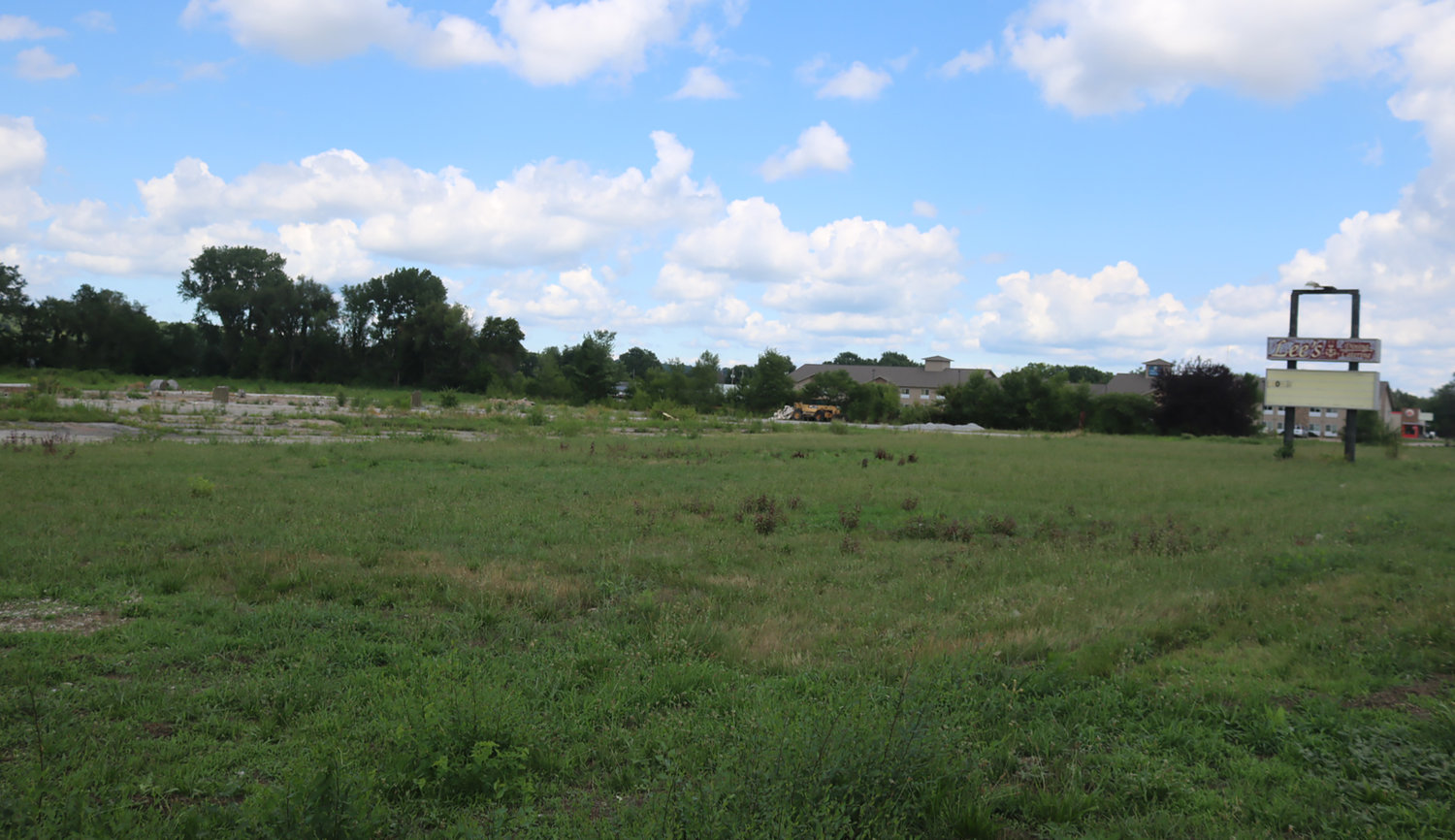 The former Iowan Motel property in the 5000 block of Avenue O is just days away from being officially donated to Lee County. The property, owned by Glen Meller at Circle M Inc., is being donated for the home of the county's new Health Department. Meller pulled down the structure that was in place to make room for the new health department.
Photo by Chuck Vandenberg/PCC
Posted Monday, July 18, 2022 10:03 pm
PCC Staff

LEE COUNTY - On Monday, the Lee County Board of Supervisors is poised to sign a contract that will bring the former Iowan Motel property under control of the county.
At last week's meeting, the county officially accepted a quit claim deed from the Glen Meller family to acquire the property, but a contract is being required before the deed can be recorded with the county. The contract outlines the two parties' responsibility in the property transfer.
The county has been working with the Meller family to acquire the property for the location of the Lee County Health Department and other future developments. The property has a valuation, according to the Lee County Treasurer's office of $117,000.
The property at 5001 Avenue O has gone though six transfers of ownership since 1999 with a highest sale price, with the functioning motel on the property, of $1.58 million to Ramji Corporation in May of 1999.
In October of 2021, the county entered into talks with Meller and his Circle M Inc., to acquire the property as the future site of the LCHD after a building committee recommended the location for its more central location and access to major highways in the county. The committee was assembled after a portion of the county's America Rescue Plan Act funding was allocated to construction of the new facility.
In October, county ARPA Administration Chuck Vandenberg and Fort Madison Mayor Matt Mohfeld arranged a meeting with Meller and company respresentatives to discuss the issue. Vandenberg said it took Meller all of about 10 minutes to agree to donate the property once he heard the county's plans for the property.
"He was on board pretty much from the get-go when he heard what the county wanted to do with the property, specifically the health department," Vandenberg said.
"And he's been right there every step of the way, including removing the standing structure, the steel and much of the remaining rock that was on the property. All at no charge to the county. He really wants to be part of something that benefits everyone in the county.
"And because of that, we agreed to put his name on it. This is going to be a legacy donation from his family to the people of Lee County. The Mellers have been a part of this county's growth for decades. Now they come in with this. It's just a great story for the Mellers, for Fort Madison, and for Lee County as a whole."
According to the contract, the county will be responsible for the property, if the contract is approved on Monday, beginning Wednesday, July 20th. A warranty deed will be processed by the county after the quit claim is received to take official ownership.
County officials are currently looking at a $5 million to $5.4 million construction project that would create an 11,000 square facility that would eventually house the new Lee County Health Department, the county's Fort Madison bay for the Lee County EMS staff, and potentially other county staff. The county has allocated the remaining ARPA funds to the project, which currently total between $3.6 million and $3.7 million dollars. A Community Development Block Grant could also contribute more than a half million to the project.
The county is currently considering bonding for the rest of the work, while continuing to look for additional funding streams, including possible donations.
Carl A. Nelson Co. out of Burlington is the construction manager for the project.
The property in its entirety is just under 10 acres and Carl A. Nelson will be doing a master plan for the property, in addition to overseeing the construction of the facility.
In other action Monday, the board will consider:
• hiring a full time replacement paramedic for Lee County EMS.
• reappoint Liza Alton to the Lee County Conservation Board.