Davis to lead bevy of seniors for Bloodhounds 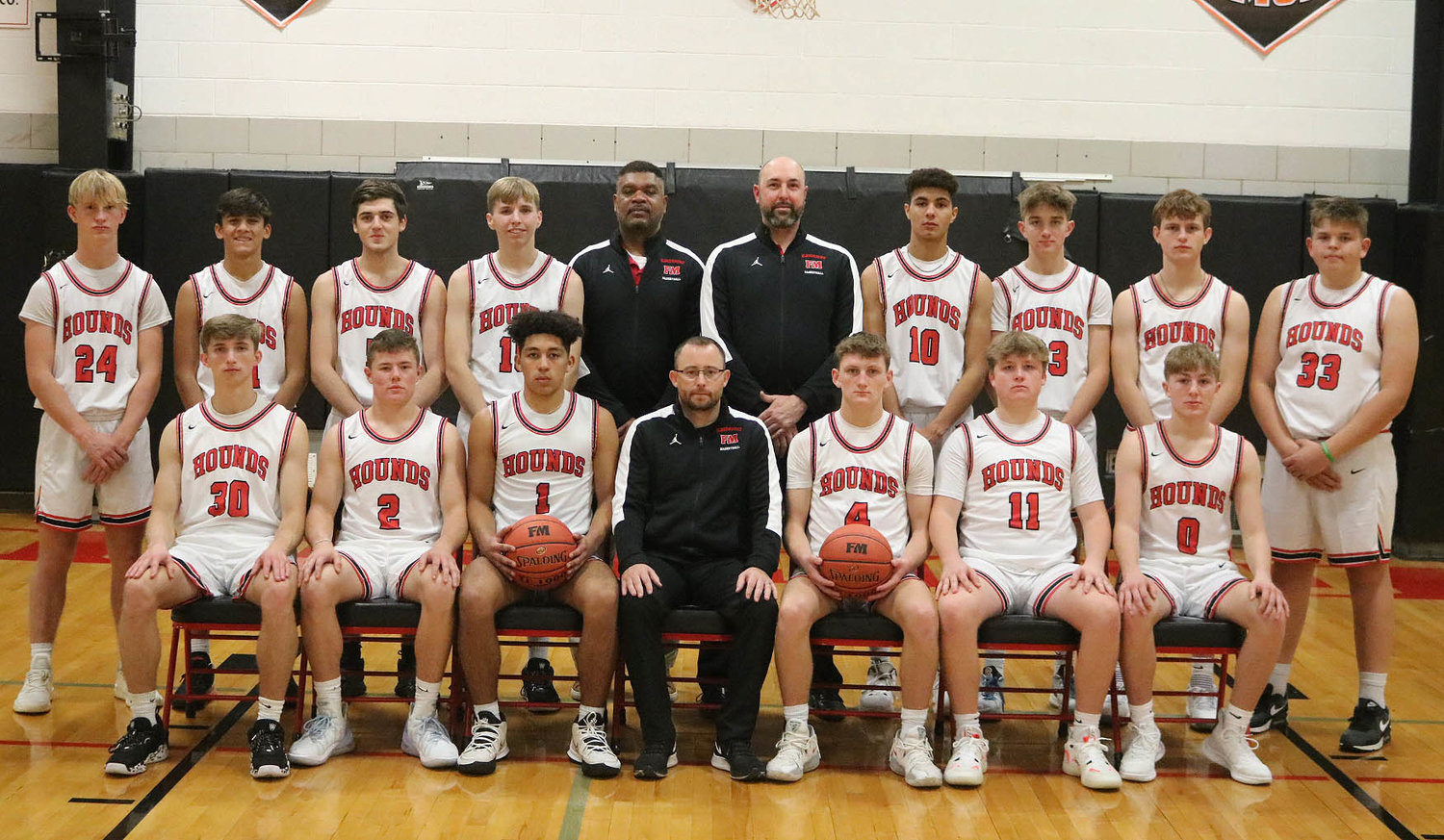 The Fort Madison Bloodhounds boy basketball team is ranked No. 2 in the state in Class 3A and got one vote as the top team in the state in the latest AP poll. PCC File photo
Posted Thursday, December 2, 2021 11:15 pm

FORT MADISON - Fort Madison High School’s boys basketball team had a junior-dominated roster that struggled at times in a season affected by the COVID-19 pandemic.
Now, those juniors are seniors, and coach Ryan Wilson said that makes a big difference.
“They all played last year, and those guys took it on the chin a little bit,” Wilson said. “They’re a whole different group this year.”
Every player who started a game last season returns for the Bloodhounds.
“We return everything,” Wilson said, “and that’s big for us.”
Forward Dayton Davis, a third-team all-state selection who was one of the best rebounders in the state last season, averaged 16.3 points and 11.3 rebounds in 2020-21. Wilson said Davis played AAU basketball over the spring and summer, and it’s made a difference.

“It just developed him into being a more complete basketball player,” Wilson said. “He’s bigger, more athletic, stronger, and he’s shooting better from the outside.”
Miles Dear, the Bloodhounds’ point guard, averaged 10.3 points and led the team with 80 assists last season. Wilson said offseason work has improved his game as well.
“Miles is one of those kids who in the fall was in the gym at 5:30 in the morning, getting up 300 to 500 shots,” Wilson said. “He’s really developed as a leader and a point guard.”
Reiburn Turnbull was second on the team in 3-pointers last season, finishing third in scoring. Landes Williams started all 17 games he played in, and Tate Johnson started 19 of the 20 games he played. Phillip Goldie started 17 games. Matt Hopper was a key piece off the bench.
“Really, any of those eight players can start,” Wilson said. “We may go with the same lineup every game, we may change just because of matchups. Having this deep of a team means you can do different things.”
The key, Wilson said, is how the Bloodhounds defend.
“I’m not worried about our offense,” he said. “We just have to be better with our defense, and our defensive transition.”
Wilson said his roster is full of players who have had success in other sports in the last season.
“You’ve got guys who have been part of the track success, or baseball, or football, that we’ve had in the last year,” he said. “Hopefully that can carry over into our season.”