DeJear a no-show but Van Lancker, Miller step in at Montrose event 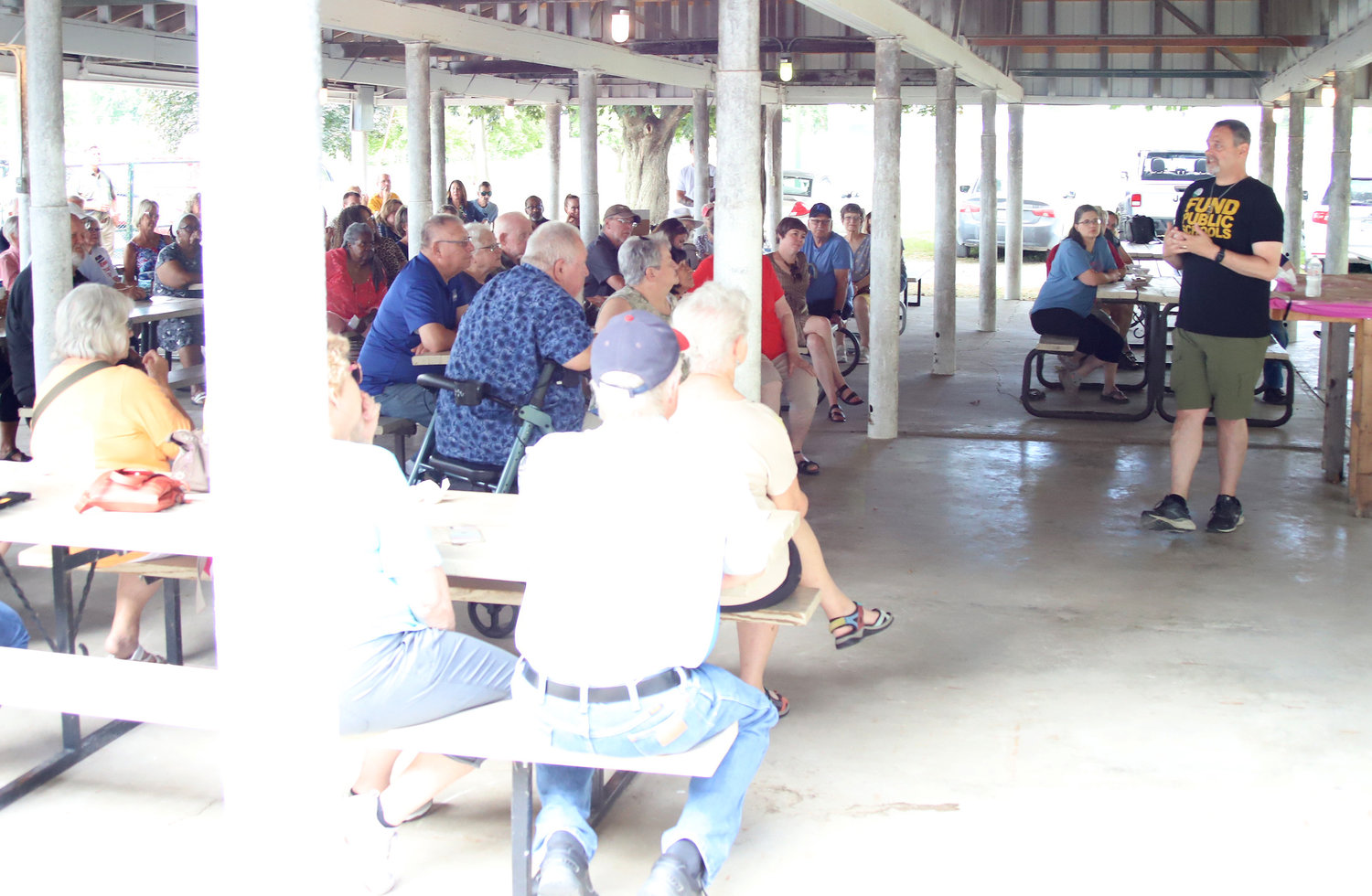 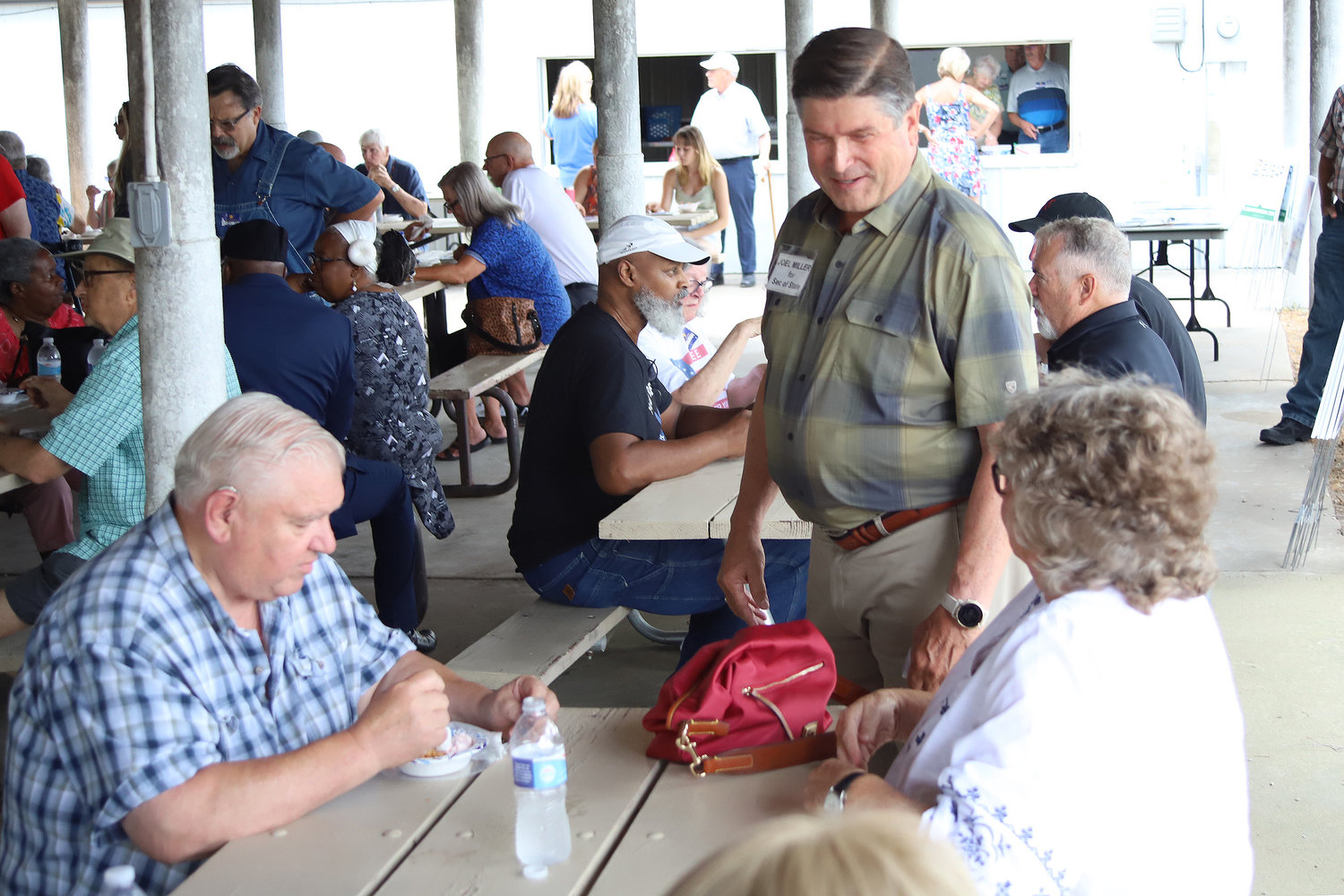 Secretary of State candidate Joel Miller talks with a couple prior to his formal remarks at the Ivor Fowler center in Montrose Sunday.
Photo by Chuck Vandenberg/PCC 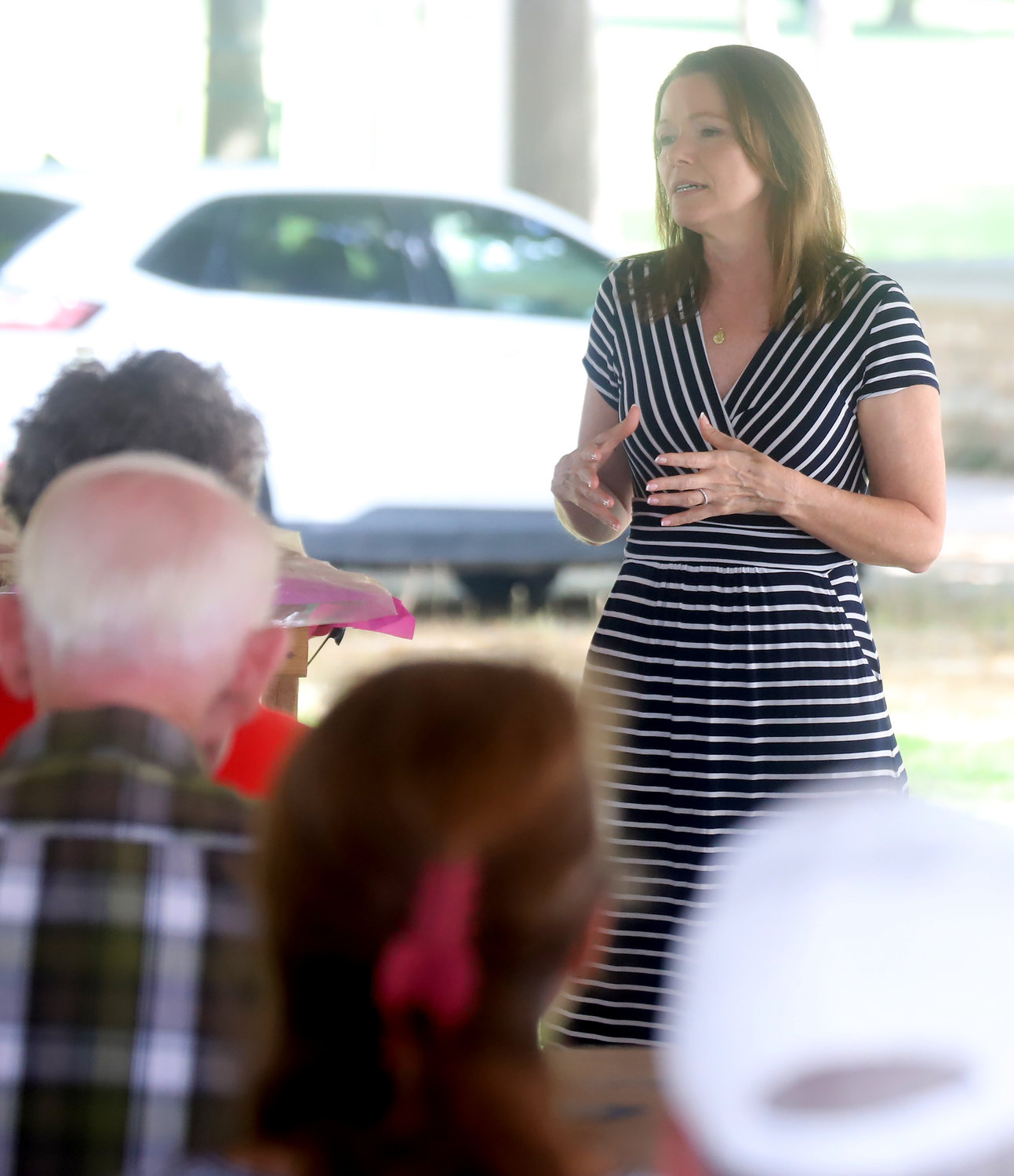 1st District Congressional candidate Christina Bohannan gets a turn to address the crowd of about 75 people Sunday at the Ivor Fowler Center.
Photo by Chuck Vandenberg/PCC
Stump Speeches

It's a plan to spend $54 million on 10,000 students.  I think they should be spending $54 million more on the 480,000 public school students in this state, That's our answer.”
- Eric Van Lancker, candidate for Iowa Lt. Governor
Democrats and Ice Cream