Shirley Giberson rides in the Old Thresher's Parade in a '54 Chevy like the one she and her husband drove on their honeymoon. She can hardly see over the dash (a Sears Catalog would help).
Courtesy image
Posted Sunday, September 11, 2022 12:37 pm 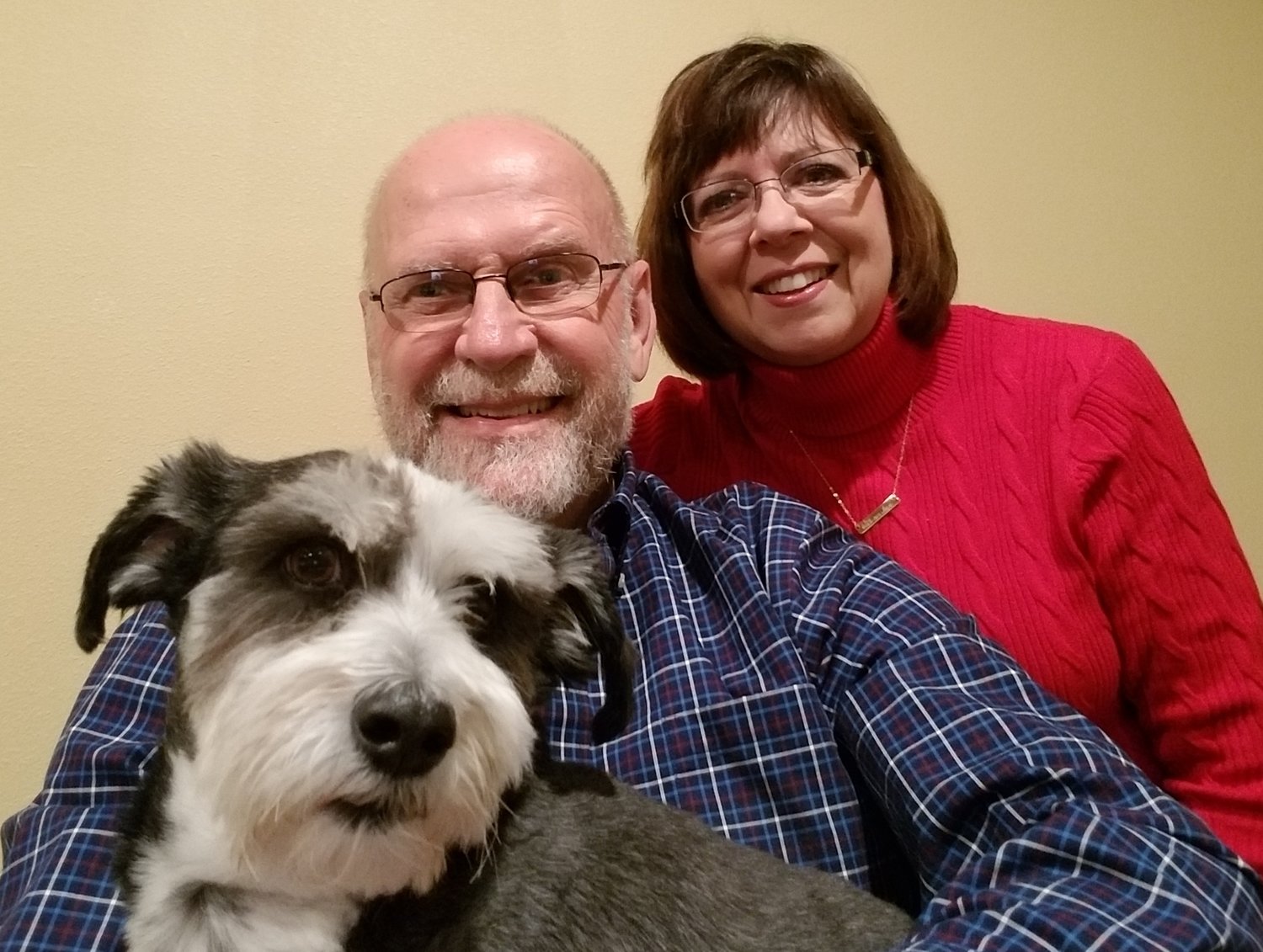 Curtis Giberson from Hillsboro studied the '54 Chevy he saw on an on-line farm auction.  The picture wasn't very good.  The caption read, “Only 32,400 miles!”

“Yeah, right,” Curtis muttered to himself, but called the phone number and talked to the auctioneer.  “Whatdja do, roll the odometer back?” Curtis asked.

“No, seriously,” said the auctioneer, offended.  “I'll text you a picture of the interior.  You can judge for yourself.”

The interior was immaculate.  It was all original, with not a tear or cigarette burn.  Curtis' mouth watered.  The 32,400 miles were actual!  The car had been off the road since 1970 and in a lean-to from the 90's, so the body was covered by surface rust.

Curtis isn't real computer savvy, but he put in an on-line bid.  Checking the next day, he saw he had been out bid.  So he said a little prayer (he hadn't told his wife, Lori, about the possible expense) and put in what he told himself was his final bid.  If he got it, he got it.  If not, well, it wasn't meant to be.  He forgot about the auction.

Lori cocked her eyebrows, “You did what?”

The '54 Chevy had four flat tires, and the 235 cubic inch six-cylinder engine was seized-up.  In the trunk was its radiator, carburetor, gas tank, and thankfully, the original fender skirts.  The oil-bath air cleaner was MIA.  Curtis would have to scour the internet for one of those.  But he got the '54 Chevy home and took it to one of his buddies who worked on old cars.  His buddy rebuilt the engine, brakes and installed dual exhaust.

Curtis had been looking for a '54 Chevy for at least 20 years.  Why?  He had seen a picture of his parents', Dwight and Shirley Giberson, wedding.  Dwight Giberson owned a '54 Chevy and that was their honeymoon car.  Also, Curtis' mother had graduated from Mt. Pleasant High School in 1954.  Dwight and Shirley Giberson were married in 1955.  Curtis' father's car was a '54 Chevy 210 or Del Ray.  This one was a Bel Air.  But that was okay.  The body was lighter green than the one they had, but the interior was identical.

Curtis showed the '54 Chevy to his 86-year old mother.  Curtis' father had passed away in 2010.  Tears formed in her eyes.  “Are you going to drive it in the Old Thresher's parade?” she asked.  Curtis nodded his head yes.  “Can I ride with you?” was her next question.

But Curtis still had to get the body ready.  There was a patina of rust all over it.  He went to work and wet sanded the entire car.  He then used a cleaning wax on the body, and a lot of elbow grease on the chrome.  Two hours before the Old Thresher's parade, Curtis had the car ready.

He picked up his mother and off they went.  She was short, and could hardly see over the dash.  Curtis quipped they should get a Sears Catalog.  His mother had been practicing her “princess wave.”  The look in her eye is something Curtis will never forget.  Curtis had been going to the Old Thresher's Reunion for over 50 years, and he now wanted to be a participant rather than a spectator.  The '54 Chevy served the dual purpose of allowing him to participate, made his mother happy, and it had dual exhaust.  Priceless!

One more thing: Dwight Giberson and Shirley Prickett were married on September 2nd, 1955.  They didn't go to Old Thresher's that year, they went to Illinois for their honeymoon.  (Dwight was looking for car parts.)  But every year on Labor Day weekend, Shirley remembers marrying the handsome Dwight Giberson, and his '54 Chevy.