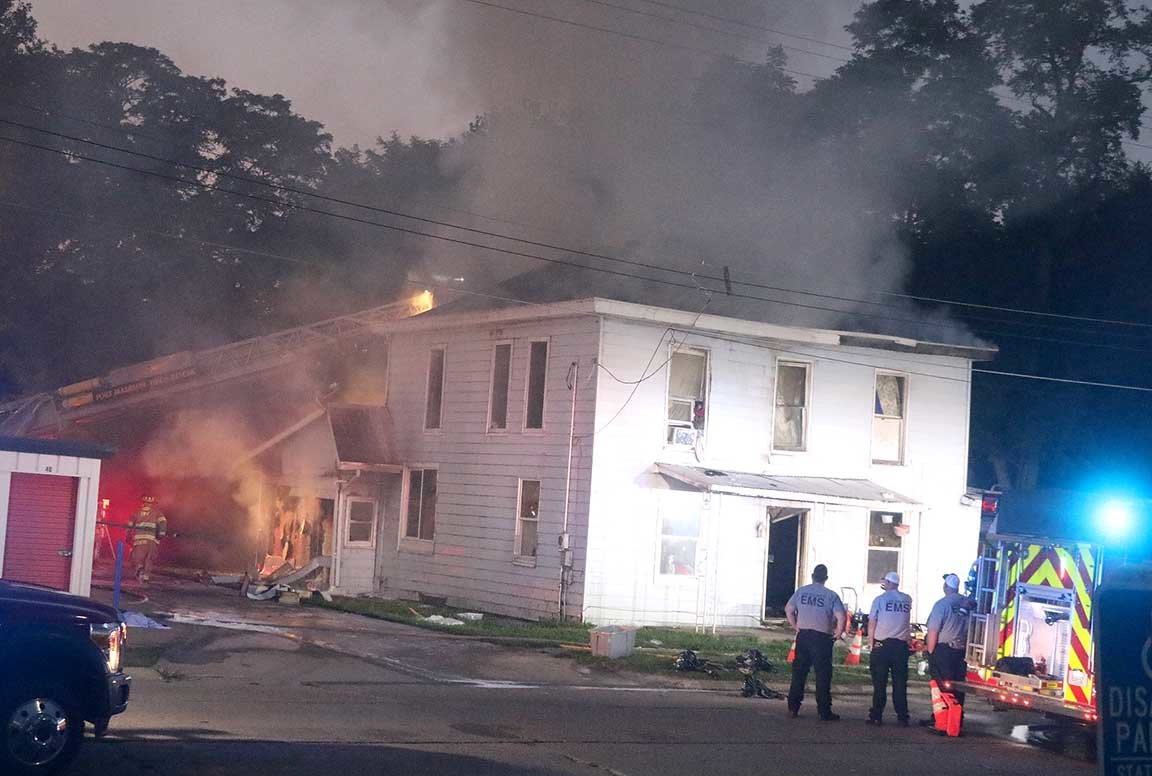 Fort Madison Firefighters work to extinguish a house fire at about 5:30 a.m. Friday morning in the 1200 block of 26th Street. Two dogs died in the fire. All the other occupants managed to escape. Photo by Chuck Vandenberg/PCC
Posted Friday, August 20, 2021 7:38 am

According to Fort Madison Fire Chief Joey Herren, the cause of the fire has yet to be determined, but he said firefighters were pulled from inside the building when he arrived on scene due to the uncertainty of the structure's stability, and the amount of debris inside.

Firefighters were called to the scene just after 5 a.m.

"I'm familiar with this building and there's just a lot of debris in there. We weren't sure how sound the floors were, so I got them all out when I got here," Herren said.

Firefighters pulled two young black dogs from inside the building and EMTs on the scene tried to perform life saving measures on the animals but were unsuccessful and both dogs perished.

Firefighters then went to work on the exterior of the building including busting out most windows and then cutting into walls and the roof to try and get to the fire.

At one point after about 90 minutes, Herren pulled firefighters back from the building that was still smoldering from the roof and eaves, to give them a rest. He said crews would be on the scene for several more hours.

Herren said there was no insurance on the home and it will be a complete loss. The city will be responsible for demolishing the unit.

According to Lee County Treasurer's records, the building, located at 1222 26th Street, is owned by Lance and Michelle Meredith, who purchased it in 2020 from JICTB Inc.

Symphony is on its way to Fort Madison