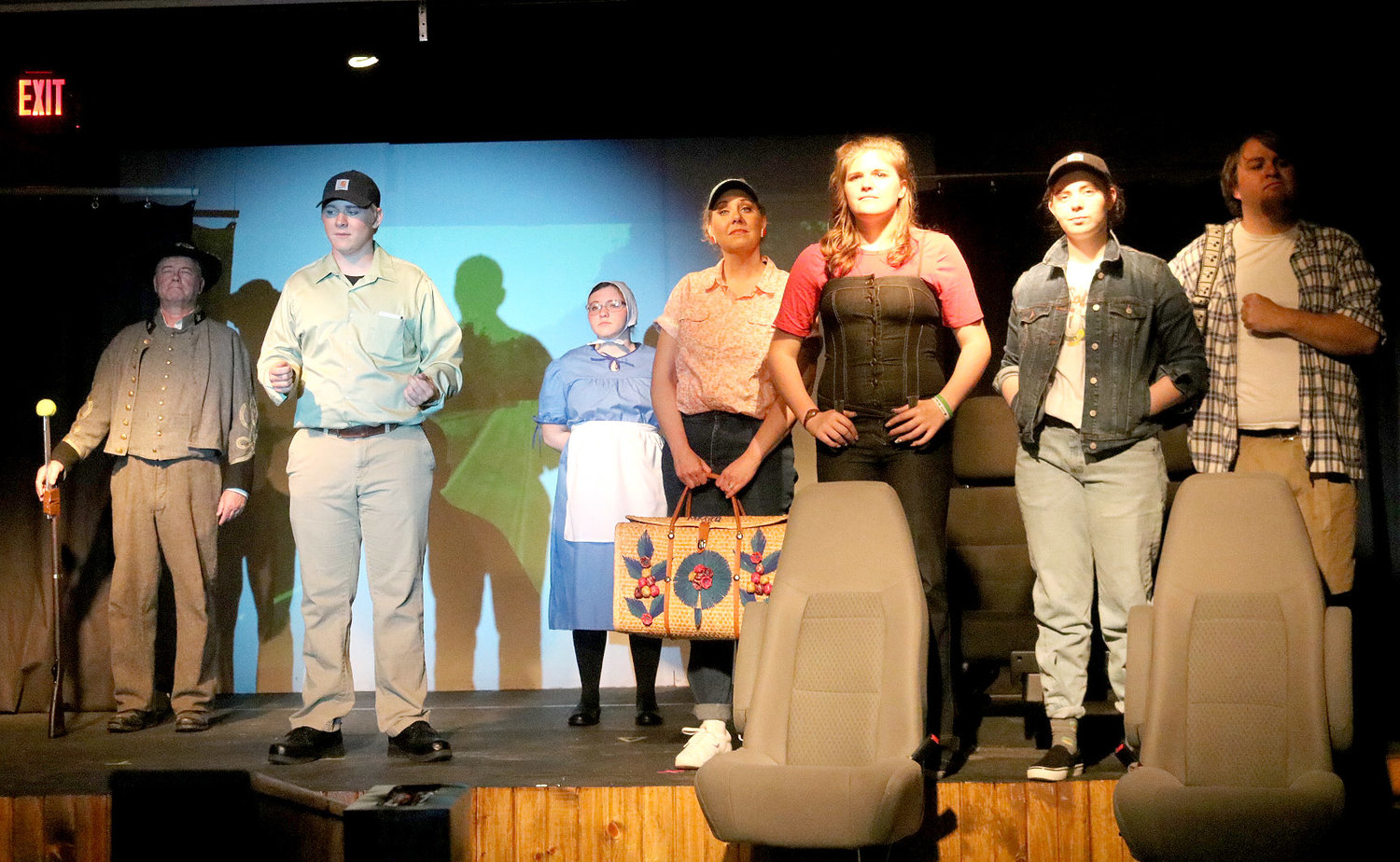 FORT MADISON - Better late than never could be the mantra for the spring Old Fort Players production of Leaving Iowa".

The two-act comedy takes a farcical look at a traditional Midwestern family vacation road trip with all the right turns...and left - that come with the provincial gassed up family vehicle and road map.

The performance opens Friday night with 7:30 p.m. shows at the playhouse at 725 Avenue G in historic downtown Fort Madison. The show has a two-weekend run with both Friday and Saturday shows May 7-8th, and May 14-15th at 7 p.m. Sunday shows on May 9th and 16th are 2 p.m. matinees.

Adults are $15; Seniors, Military veterans are just $12 and students get in for $10. For those wanting to pay cash or credit for tickets at the door, you can and should reserve your seat by phone or Facebook Messenger. Seating is limited due to COVID-19. Masks will be required.

Send a Facebook message or send an email to oldfortplayersfm@gmail.com, or call 319-372-9559 for more information. Like OFP onFacebook (Fb@oldfortplayers) or visitwww.oldfortplayers.comto keep up with everything that’s going on at the theater.

Executive producer for the spring production is Pen City Current and the production is co-directed by Ty Clute and Angela Sanford.

Leaving Iowa harkens memories of the family road trip, and the memories become even more vivid as Don Browning, a middle aged journalist returns home to spread his father's ashes at the man's childhood home.

But when Browning realizes the home has been razed and replaced with a grocery store on a slope, he spirals and relives the frustration of the annual road trips to his grandparents' home.

It's all there - mom yelling to stop for directions, dad sleepie at the wheel, and the kids bored, hot, and hungry in the back seat. Every audience member will relate to this crew.

Browning, played by OFP youth veteran Sterling Barnes, insists on taking the ashes back to his father's home, but when the map shows a grocery store now stands on the homestead, he battles car trouble, a whacky cart chaser, and a flirtatious drunk while trying to find the perfect surrogate place to put his father to rest.

Isaiah Meek, an 8th grader from Bonaparte, punches above his weight class as an overagressive chart chaser on the grocery store's seriously sloped parking lot. He's also quick witted as Jack Singer, sharing a drink with the despondent Browning, who opens Browning's eyes to the "damned adventure" he's found himself chasing.

Amanda Greenhalge is clean and accurate as "Mom". Greenhalge fits comfortably in the role as she regularly takes road trips with her husband and three children across the country from their Dallas City home. The real ringleader of the family not so calmly keeps a sense of balance and fair play, mixed with a little discipline whether in the car, or at the house organizing retirement parties and the passing of her husband.

James Salisbury steps on the stage as "Dad" and portrays the nerdy patriarch with a penchant for anything historical - dominating the drive time, but ever willing to pull over and "give the kids something to cry about."

Kelly Shields and Jan Jud, both veteran playhouse actors fill in as grandma and grandpa.

Albers portrayal of a pickled hotel guest brings more humor to the show and Amberger really is the whiny sister who works mom and dad to the chagrin of a young Don.

The show is produced by special arrangement with Dramatic Publishing Co. of Woodstock, Ill., and was orginally written by Tim Clue and Spike Manton. It was critically acclaimed after its first run in 2004 on the west coast, where it was dubbed a "frighteningly realistic depiction of the summer family road trip".

The Players are planning for a full fall run with COVID vaccinations up and numbers going down and several other events and fundraisers planned leading up to the fall season.