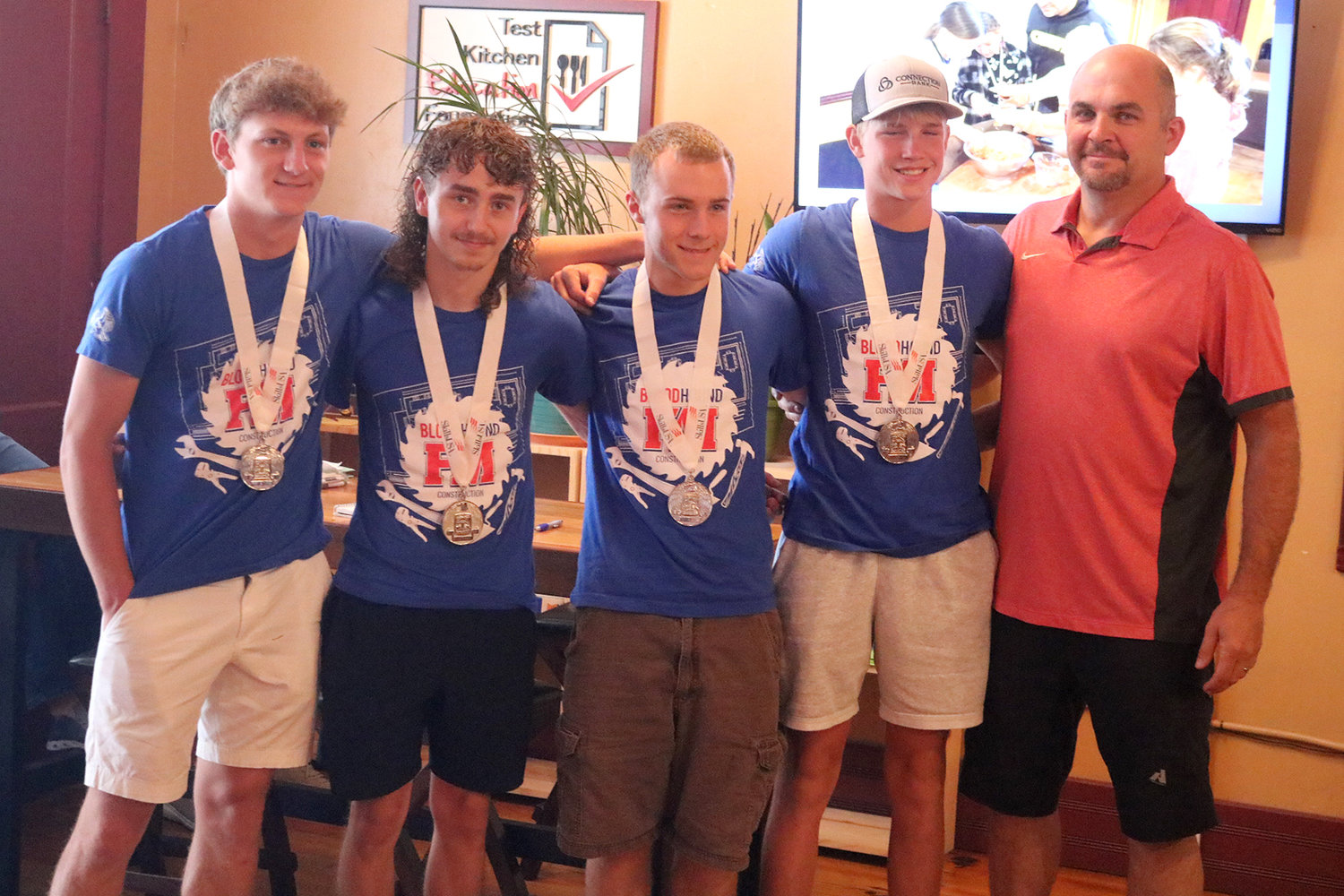 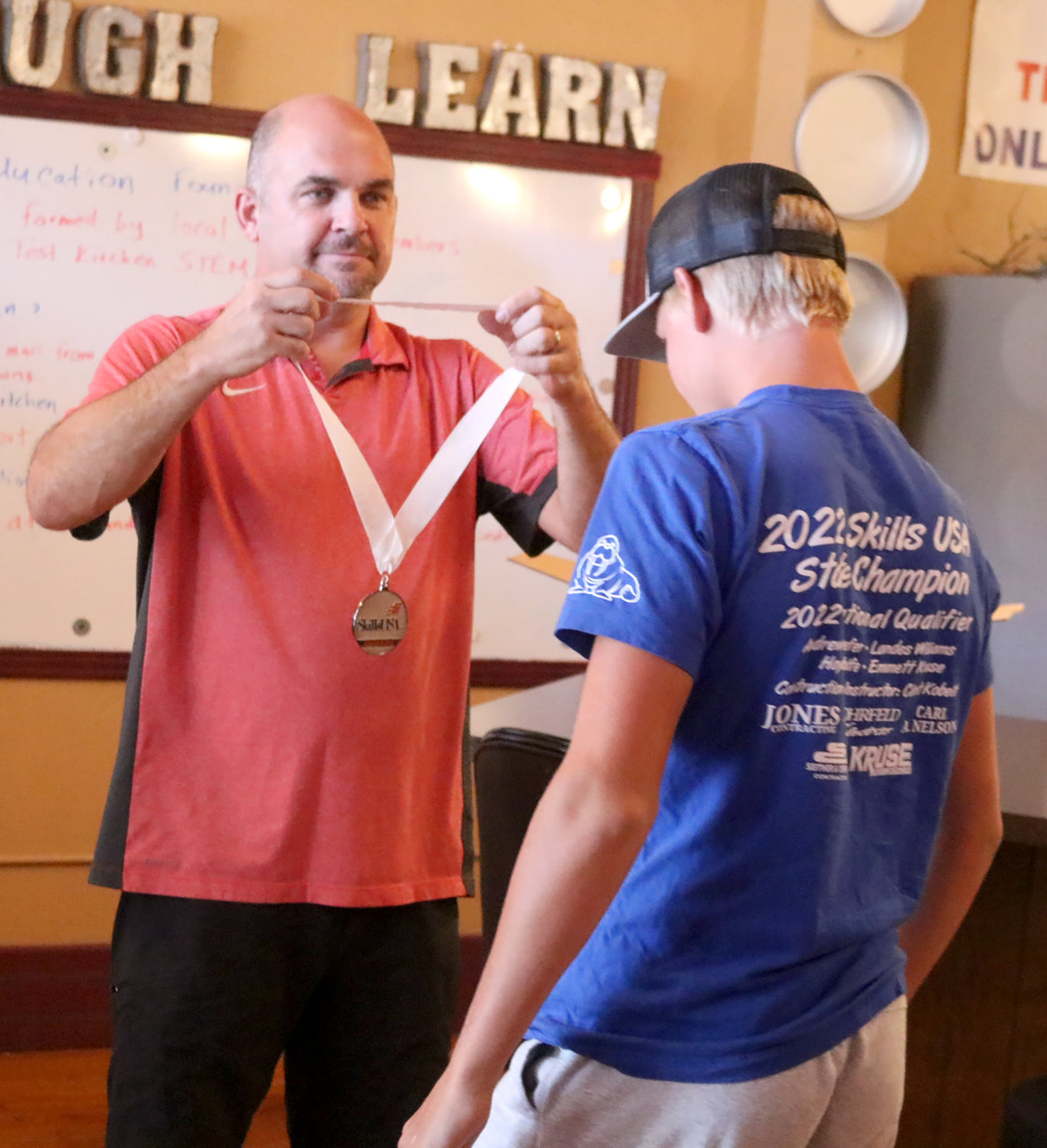 Team member Emmett Kruse, who handled the masonry work at the competition, gets his medal from instructor Clint Kobelt.
Photo by Chuck Vandenberg/PCC

They executed almost flawlessly. And when I say that, that means they were four points away from being national champions.”
-Clint Kobelt, FMHS Trades instructor
Chuck Vandenberg, Pen City Current Editor

FORT MADISON - The foursome that earned national recognition for finishing runner-up at a national trades competition in Atlanta last month received some congratulations and a little hardware for their efforts.
The group, including Landes Williams, Emmett Kruse, Andrew Schaefer, and Hayden Wolfe, were honored at Elliott Test Kitchen Sunday afternoon by representatives of Fort Madison High School, the district school board, staff, parents, economic development officials, and partners in the group's efforts.
"This group program has seen multiple state championships and now they are competing at the highest level and placing second," said Fort Madison High School co-Principal Pat Lamb.
"They were the only group to complete the build, so we've got some serious things going on."
Lamb said the school has enhanced much of the Career and Technical Education programming, including welding and auto, both at high levels in the last decade.
"We're incredibly proud of the work that these people are doing for us at Fort Madison High School and we're happy to have you here today to celebrate Hayden, Landes, Emmett, and Andrew."
Trades instructor Clint Kobelt thanked former Principal Greg Smith for his vision of the CTE program and "turning over the keys" of the trades program to him to create industry-ready students.
"What you have in front of you today is the culmination of more than a decade of work," Kobelt said.
He said Fort Madison has been working the state circuit, winning around the state, and then got on an airplane and took the mass transit system in Atlanta.
He said the four students were in awe of the bigger city environment and taking in all the sites and sounds, until they got to the venue where the event was happening.
"Then these four flipped a switch," he said. "I've had some pretty good teams in the past nine years, but these four did some things, that - I told them not to. Their level of confidence in themselves and in each other was incredible."
He said the group was within 5% of the original schedule they set and presented to judges, on a plan that they only had seen 12 hours before and nothing on that scale of competition.
"They executed almost flawlessly. And when I say that, that means they were four points away from being national champions," Kobelt said.
"What happened there was absolutely those guys. I had to stand there at a distance for four days. These four guys never came up for air, no infighting, just an execution of a plan. Now they are the second best team in the nation. Four wide-eyed corncobs went to Atlanta and just did what they do."