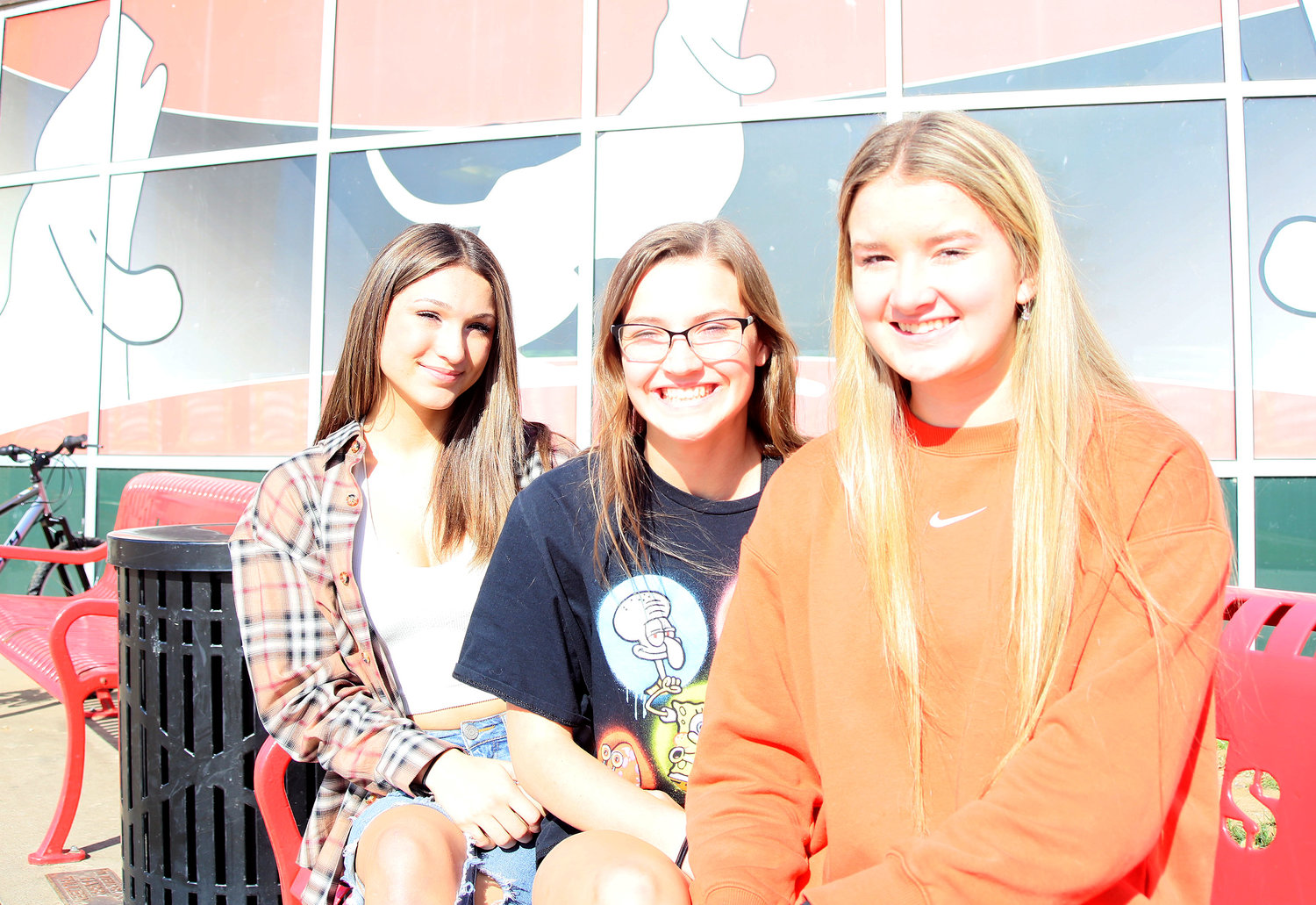 FORT MADISON - The fall sports season isn't over for Fort Madison - not quite yet.

With the Fort Madison Bloodhound football team qualifying for the playoffs for the first time in more than three decades and about a dozen cross-country kids running at Fort Dodge, there's one more event to showcase the talents of Fort Madison kids.

The three join freshman Olivia Ritter of West Burlington on the team that qualified with a 1:44.86 time at the state qualifying in Clinton last week. The will now swim Saturday afternoon at the IGHSAU State Swimming and Diving Meet in Marshalltown.

The time erased a 27-year-old event record for the Grayhounds, one of the squad's main goals for the year and one that elicited emotion from the girls at the meet.

"The last person usually swims back, but I jumped out of the pool and we all started crying and hugging because we knew we broke that mark," Jordyn said.

"But everyone was looking around us and didn't know what was going in."

The girls will race on Saturday afternoon and will compete in the 1st heat in lane 6.

Kraus said it would be a long shot for the girls to place in the top 10, but a top 20 finish could be attainable if they can win their heat.

The Grayhounds are seeded 28th out of 32, but the amount of time separating the eight teams in their heat is just .98 of a second.

Jordyn said the Grayhounds try to play "Catch the Rabbit" which means trying to stay within a half body or less of the person ahead of them. That tactic gives the Grayhounds' next swimmer a chance to catch the other team's next swimmer off the block.

"Racing the person next to you is key. We call it Catch the Rabbit, if there is someone in front of you, you try to get on their hip or on their shoulder. We do that in practice all the time," Elli said.

Jordyn said that tactic is what can give Elli an edge in the first leg.

Kraus said her expectations going in is for everyone to have their starts and turns on point. Each swimmer swims two laps, or 50 meters, and the junior said if everyone is sharp and shaves a second off their qualifying time, they could score close to 1:42.00.

The best time seeded at the state meet belongs to Davenport Central with a 1:37.77. A 1:42.00 according to the seedings would give the Hounds a top 15 finish.

Head Coach Emily Hill said the girls have swam together in club and in high school swimming and know each other well. Several of them, including Jordyn and Elli, came up through Fort Madison YMCA's Sailfish program and moved to Burlington's club swimming.

"These girls have swam together in club and High School swimming.  This year had brought success to all girls on the team. Having success drives healthy competition and hard work throughout the team.," Hill said.

"Early in the season the girls knew the relay was within reach and set the path to get it!"

The Grayhounds' swim team is comprised of swimmers from Fort Madison, West Burlington, Danville, and Burlington.

"This helps youth throughout Southeast Iowa swim and have a path to compete at the high school level," she said.

Hill said she is happy for the girls and for Jordyn being able to cap her high school swimming career at state.

"Jordyn has had a great senior season, continuing to improve throughout and be a leader in the pool. I am excited she was able to put this exclamation mark on the end," Hill said,.

"The girls are definitely living in the moment and enjoying the experience."

This year's state meet takes place on Nov. 11 and 12th at the Marshalltown Family YMCA/YWCA. There will be a free live stream of all three sessions of the meet available on the IGHSAU website. The links will be posted on the website Friday morning.