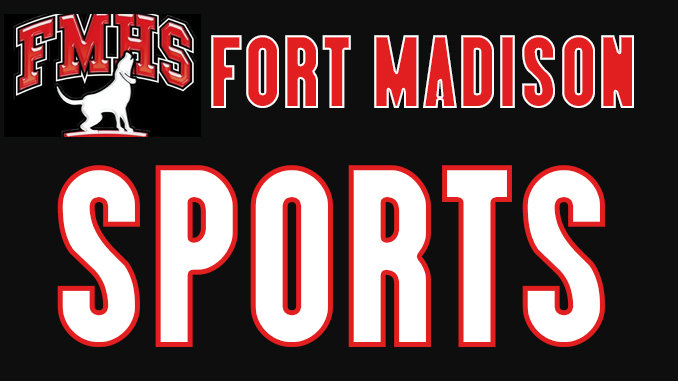 BURLINGTON — The hardest-hit balls for Fort Madison’s softball team met their demise in the deepest part of Wagner Field.Some of the balls hit by Burlington didn’t have the same velocity, but found their way between Bloodhounds, or under Fort Madison gloves.The 4-0 loss to Burlington in Saturday’s Class 4A regional semifinal was a frustrating finish for the Bloodhounds, who carried the momentum from the Southeast Conference regular-season title into the postseason.Fort Madison (23-13) had baserunners on in four of the first five innings, but on a night when the Bloodhounds got just two hits, there always seemed to be a roadblock. Fort Madison had the leadoff batter reach base in three of those innings, and still couldn’t capitalize.“It seemed like every time we got runners on, we couldn’t keep moving them around,” Fort Madison coach Jared Rehm said. “That always hurts, when you get two on and nobody out, or even get one on with nobody out. The leadoff batter should always score, I think.”The two innings that hurt the most were the fourth and fifth.Emily Steffensmeier led off the fourth with a walk and Erika Kruse followed with a single, the Bloodhounds’ first hit of the night. Lexi Whaley popped out to short and Neeley Rehm struck out, then Lauryn Helmick hit a drive to deep center field that Burlington’s Emily Mosley caught near the fence.McKenna Cashman led off the fifth by reaching on a dropped third strike, then Elle Ruble walked. Taylor Johnson fouled out for the first out of the inning, then Logan Johnson hit another deep fly ball to center that Mosley was able to track down. Steffensmeier followed with a single to load the bases, but Kruse struck out to end the inning.Burlington (19-13), which advanced to play at Clear Creek-Amana in Tuesday’s regional final, scored two runs in the first inning. Keith Wiseman led off with a walk, then Hannah Heuvelmann bunted in front of home plate. Logan Johnson’s throw to first was wide, but the play was ruled a single. Morgan Schroeder then doubled to score Wiseman, and Heuvelmann scored on Aubrey Hesler’s single.The Grayhounds added two runs in the fourth. They loaded the bases with one out, then Schroeder hit a grounder that went under the glove of Ruble, who was ranging to her left. The play was ruled a single, with Sophie Brown and Wiseman scoring on the play.“They put the ball where we weren’t standing,” Jared Rehm said.It was an emotional end to the season for the Bloodhounds, who won the conference title outright for the first time since 2010. Logan Johnson was the only senior on the team.“We’ve got everyone back except Logan, and that’s going to be a position that’s tough to fill,” Rehm said.  “That’s an OPS of 1.000 something. She was a third baseman and a catcher. So it’s going to take one player, maybe two, to fill.“We’ll have 13 returners from this group. The season definitely wasn’t a loss. What’s goal No. 1? Win the conference. Goal No. 2? Make it to state. We were … chipped away at it. We were just a little short.”