Hawks' girth could be key to better season 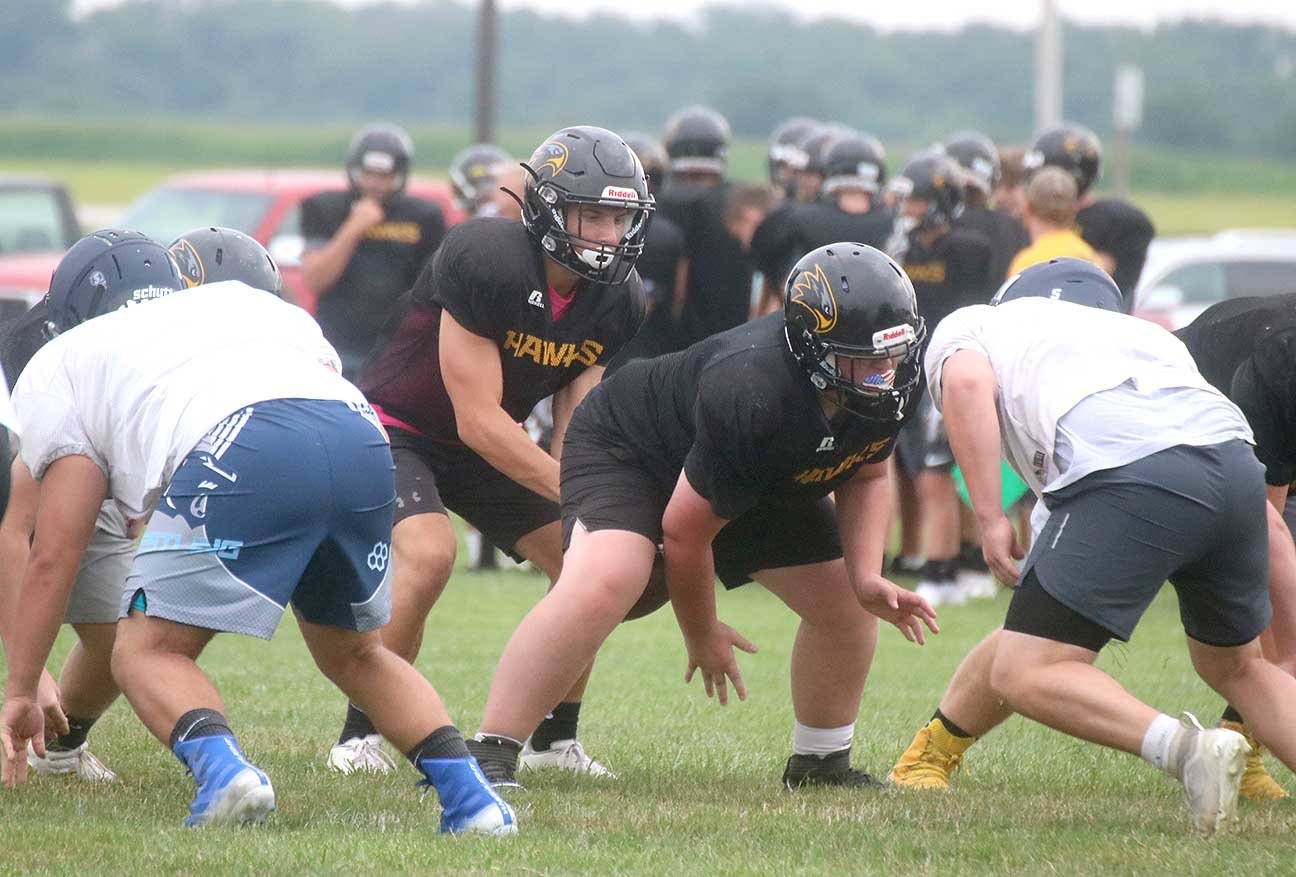 DONNELLSON - The desire is there for the seniors on Central Lee’s football team.

The Hawks have won just two games over the last three seasons, and now that the program is in its second season under head coach Chuck Banks, the feeling is progress is being made.

“I have some seniors who are hungry to win some games,” Banks said.

The path to that progress, though, starts up front, and Banks likes what he has in his offensive line.

The Hawks have the size that can certainly create openings for the running game as well as protect starting quarterback Bryce Finney.

Those three, plus center Braedon Barlow and two-year starter Keating Fuger, provide the base for what Banks wants to do with his offense.

“Last year, we struggled in the trenches a little bit,” he said. “We had a hard time, we had to spread (the offense) out a little more. With this group, we’ll be more balanced, which is exciting.”

Finney moves to quarterback after catching 18 passes for 84 yards last season. Corbin Pohren and Hunter Gregory will split time at tailback, with Justin Snider at fullback.

“Being big up front is going to help us run the ball,” Banks said.

That size will help on the defensive line as well. Banks projects a rotation of linemen that include Tanner DeMoss, who will also start at tight end.

“We want to keep everyone fresh,” Banks said.

“But we still have a lot of size there.”

Gregory, Snider and Josh Hawk will be the main group of linebackers, and the Hawks will be deep in the secondary as well.

Central Lee has just eight seniors on its roster, so the bulk of this group will be around next season. The progress has room to grow.

“I like this young crop,” Banks said. “It’s a year in with me, and my offseason programs, stuff like that. Just seeing them work so gosh darn hard in the weight room, and being so coachable. This group is phenomenal when it comes to coaching.”

“We got nicked up early,” he said. “We definitely competed. There were wins in a lot of those losses last year, games in which we definitely got better.

“The key for this year is just playing down to down. Just keep getting better and better, and progressing.”

The Hawks play two of their three non-district games on the road, opening at Van Buren on Friday. They’ll play Cardinal at home on Sept. 3 before playing at Albia a week later. Central Lee opens district play Sept. 17 at Williamsburg.

Getting some victories for a program that could use them is important, Banks said.

“Oh, it would be huge,” he said. “This senior class, it would mean the world for me to put together some wins for that group and get the younger guys excited, so we can move forward on the trajectory where we want to be.”