Two Homes for Iowa being moved into Fort Madison 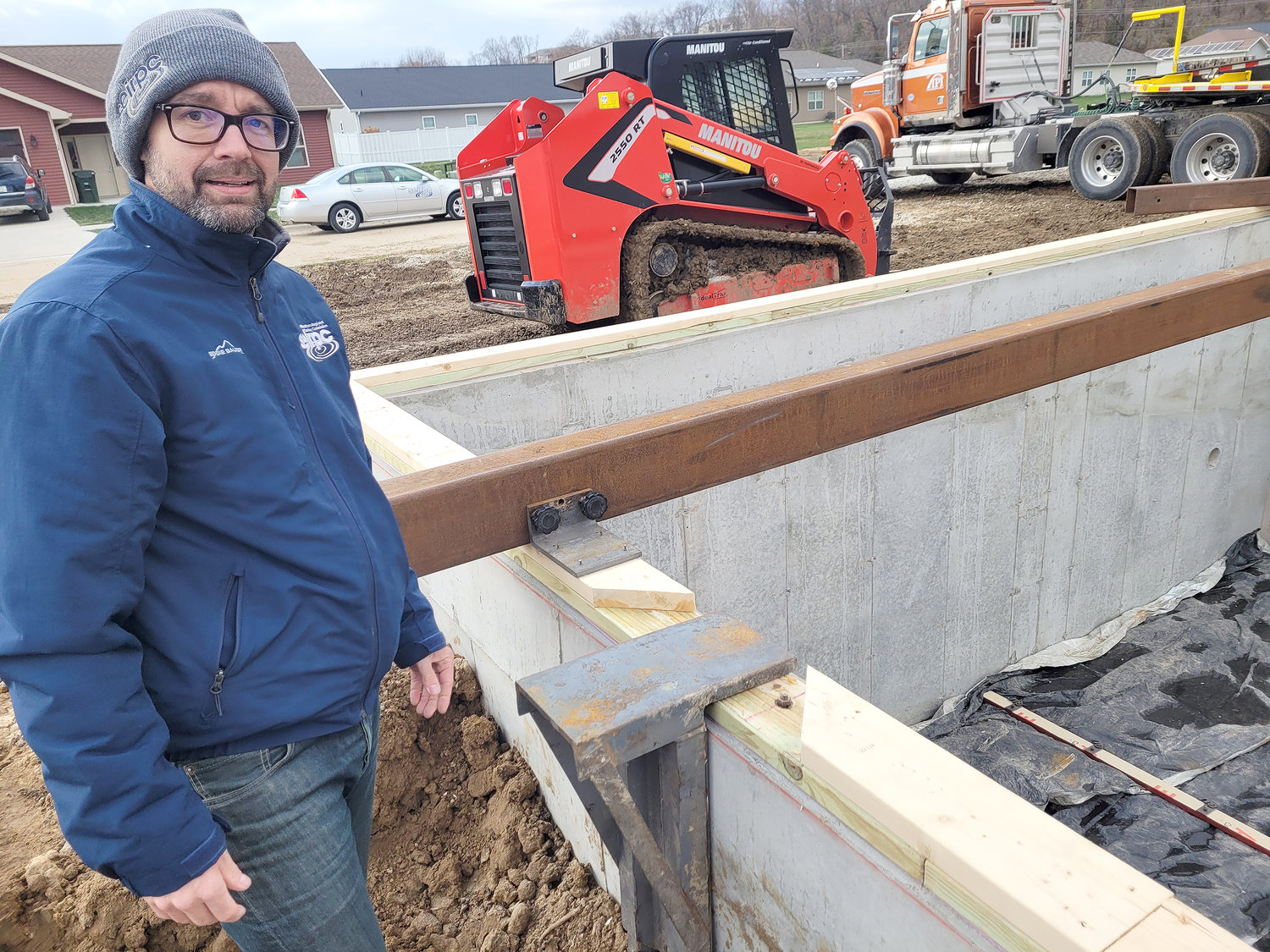 Mike Norris, President of Homes for Iowa, stands near the foundation of a home where one of the program's newest projects is being set this week. Fort Madison has placed two of the offender-built homes.
Photo by Chuck Vandenberg/PCC 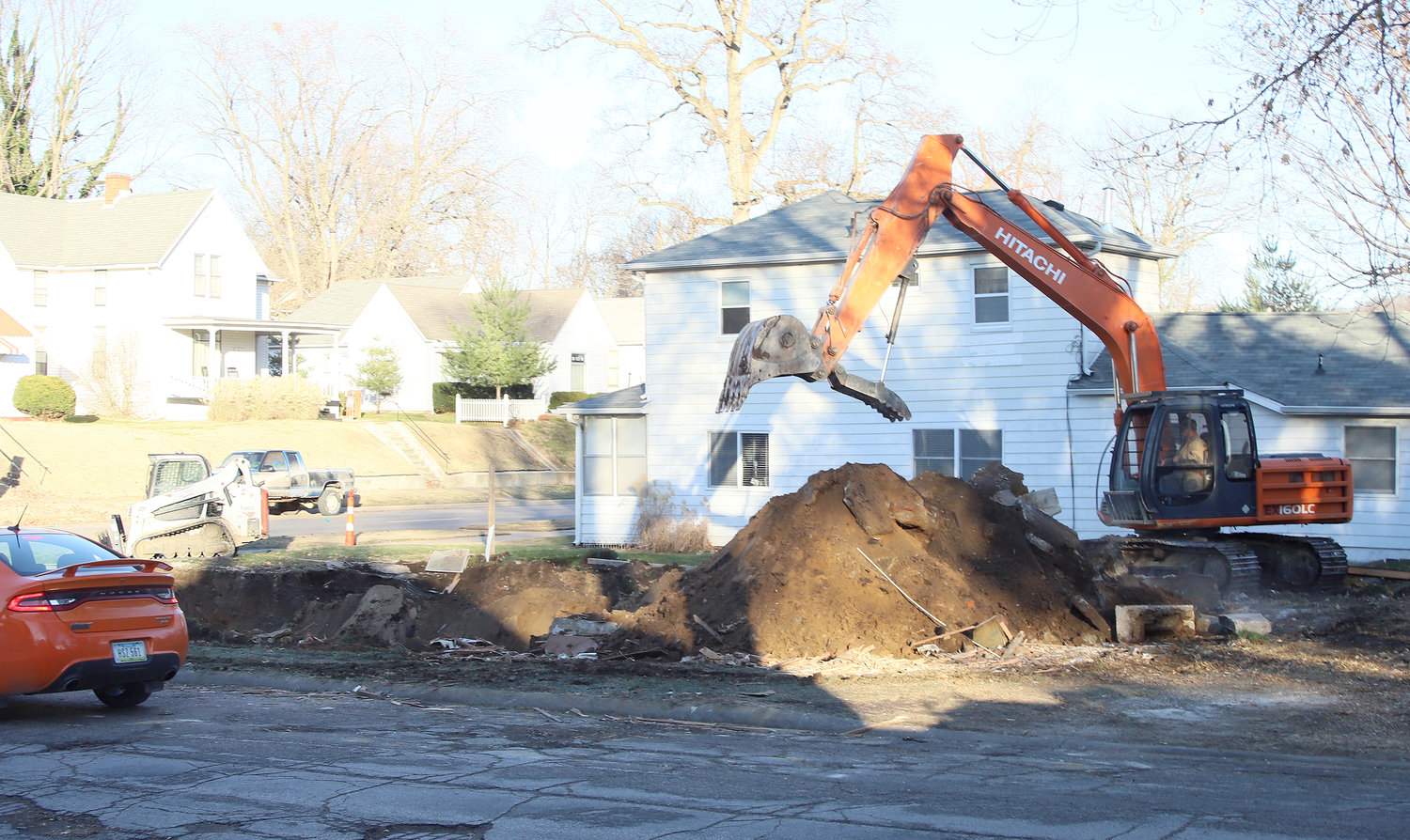 Workers prepare the foundation on ground at 236 Avenue E where a second Homes for Iowa home will be placed later this year.
Photo by Chuck Vandenberg/PCC 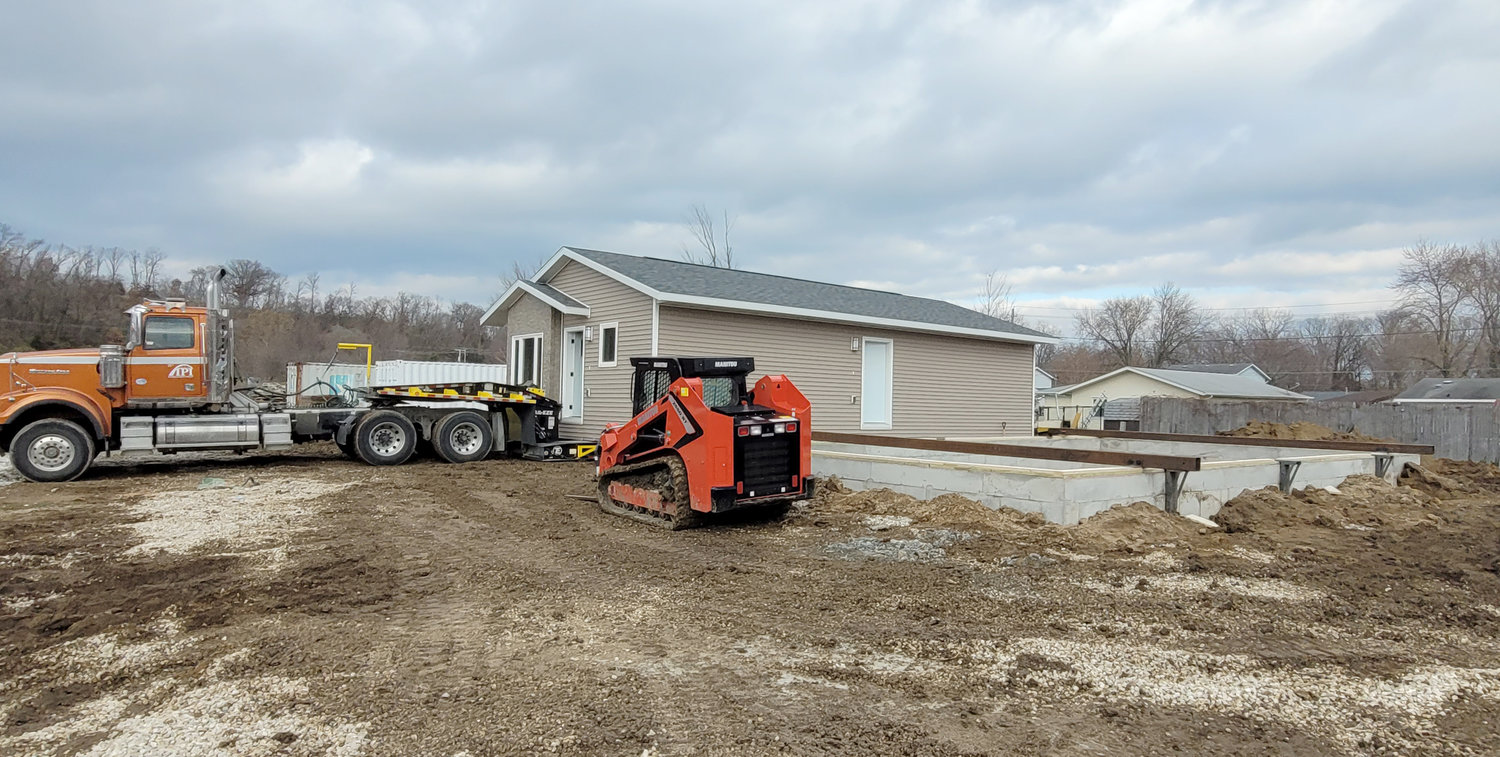 A Homes for Iowa offender-built home sits on a trailer before going onto a foundation on Green Oak Drive last week.
Photo by Chuck Vandenberg/PCC
Previous Next
Posted Tuesday, November 22, 2022 6:35 pm

"What's neat about this is they are truly teaching them conventional construction. If you go to the site in Newton, they are outside framing houses just like you would on a foundation of a home."”
Michael Mohrfeld, Fort Madison developer
Chuck Vandenberg, Pen City Current Editor

FORT MADISON - City residents may have a seen a home being trucked in from the west side last week.

That home is one of more than 50 that have been built in the past three years under the Homes for Iowa program, an offender-based effort that builds homes from the ground up.

Developers can buy the homes and truck them into communities around the state to help fill housing stock shortages.

The program gives offenders that qualify for participation skill-based training that allows them to more easily be reintroduced into society after serving their sentence.

Mike Norris, president of Homes for Iowa, said Southeast Iowa has installed about 20% of the 50 or so homes the program has produced. Lee County has seen five of the homes in Keokuk, West Point, and Fort Madison combined.

Homes for Iowa is a 501c3 organization that facilitates the construction and sales of the homes. The homes are built at the Newton Correctional Facility.

"We do all the home sales and set the program policies, do the pricing with Iowa Prison Industries," Norris said. "We basically order the houses from IPI, they train the  men, build the house, and move the house."

Fort Madison's Michael Mohrfeld has purchased three of those homes and is currently placing two of them in Fort Madison. The third one was placed in West Point several years ago.

Mohrfeld said he's enjoying the relationship with Homes for Iowa because of the value of the program. He said not only does it provide affordable housing replacement, but it also fills skills gaps by training offenders to fill jobs when they re-enter society.

"What's neat about this is they are truly teaching them conventional construction. If you go to the site in Newton, they are outside framing houses just like you would on a foundation of a home," Mohrfeld said.

"It's not to be confused with modular. That's kind of a dirty word in the industry. These are fully stick-built and come in as one full unit. There's not any quality corners cut. This is strictly a training exercise for the offenders."

Mohrfeld is currently having one of the homes placed on Green Oak Court and concurrently prepping the ground for another home at 236 Avenue E.

"It's just another offering," he said.

"If you've followed what we're trying to do is just create an offering at all price points. Condos, entry level, good quality. These are great homes and I like the intiative behind this. Getting offenders back in the workforce is a huge challenge."

Mohrfeld said the market is strange right now after exploding after COVID.

"We're seeing things get caught up and come back to normal. We're trying to figure out in the last three, six months what the new needle is," he said.

"Costs are coming back in line but interest rates are going up."

Mohrfeld is also in the process of putting a four-unit apartment complex at Victory Field.

Both that property and the one on Avenue E are properties acquired off a city plan to get dilapidated property in the hands of developers.

The Fort Madison City Council announced the plan earlier this year and advertised the properties to the public.

Mohrfeld said two of the properties caught his eye right away because they stood out as bad spaces in otherwise good neighborhoods.

"I set my eyes on those because those are great neighborhoods and an example of one bad property in the mix.  My initiative was to make those go away."

Morhfeld said he wants to get those two projects complete and then will be turning his attention to the former Jefferson School property and development there.