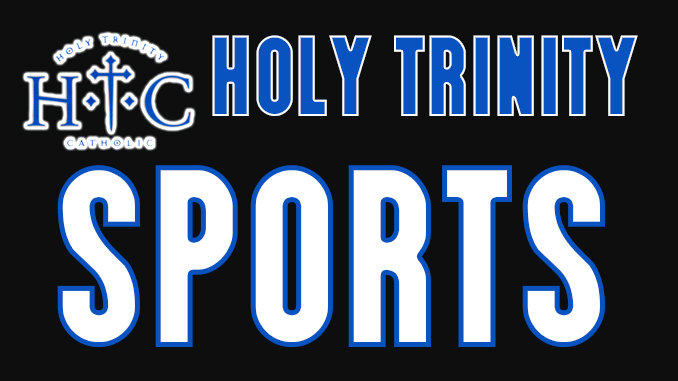 Class 1A No. 5 Crusaders take out Class 4A No. 8 Bondurant-Farrar in tiebreaker

PELLA - A three-set win over Class 4A No. 8 Bondurant-Farrar in the third match of the day highlighted a five-match day at the Pella Invitational Saturday for the Holy Trinity Catholic girls.

The Class 1A No. 5 Crusaders split the first two sets with the Blue Jays taking the first set 21-16, but getting put on their heels 12-21 in the second set. HTC regrouped in the first-to-15 tiebreaker with a 15-12 win to take the match.

HTC gave host Class 4A No. 10 Pella all they wanted in another three-set tiebreaker with the Lady Dutch. Pella rolled to a 21-13 first set win, but the Crusaders came back with a 21-17 second set win to force the tiebreaker, which Pella would win 15-11.

The other loss came to Class 5A's top-seeded Iowa City Liberty, arguably the best volleyball team in the state, who took HTC down 21-13, 21-13.

Sophomore Natalie Randolph racked up 39 kills on the day going 81-97 attacking. She also had 30 assists and was 26-27 serving with three aces. Senior Kassi Randolph had 23 kills and led the Crusaders with 45 assists. She was 32 of 33 serving with an ace.

Anna Sobczak had 44 digs from her libero spot. Mary Kate Bendlage had 19 kills on 56-68 attacking and Brooke Mueller was 53 of 59 hitting with 17 kills. She also had five aces on the day.

HTC (23-9) travels to Central Lee (14-9) on Tuesday night for the Lady Hawks senior night before the four-team Mediapolis Tournament on Thursday night.