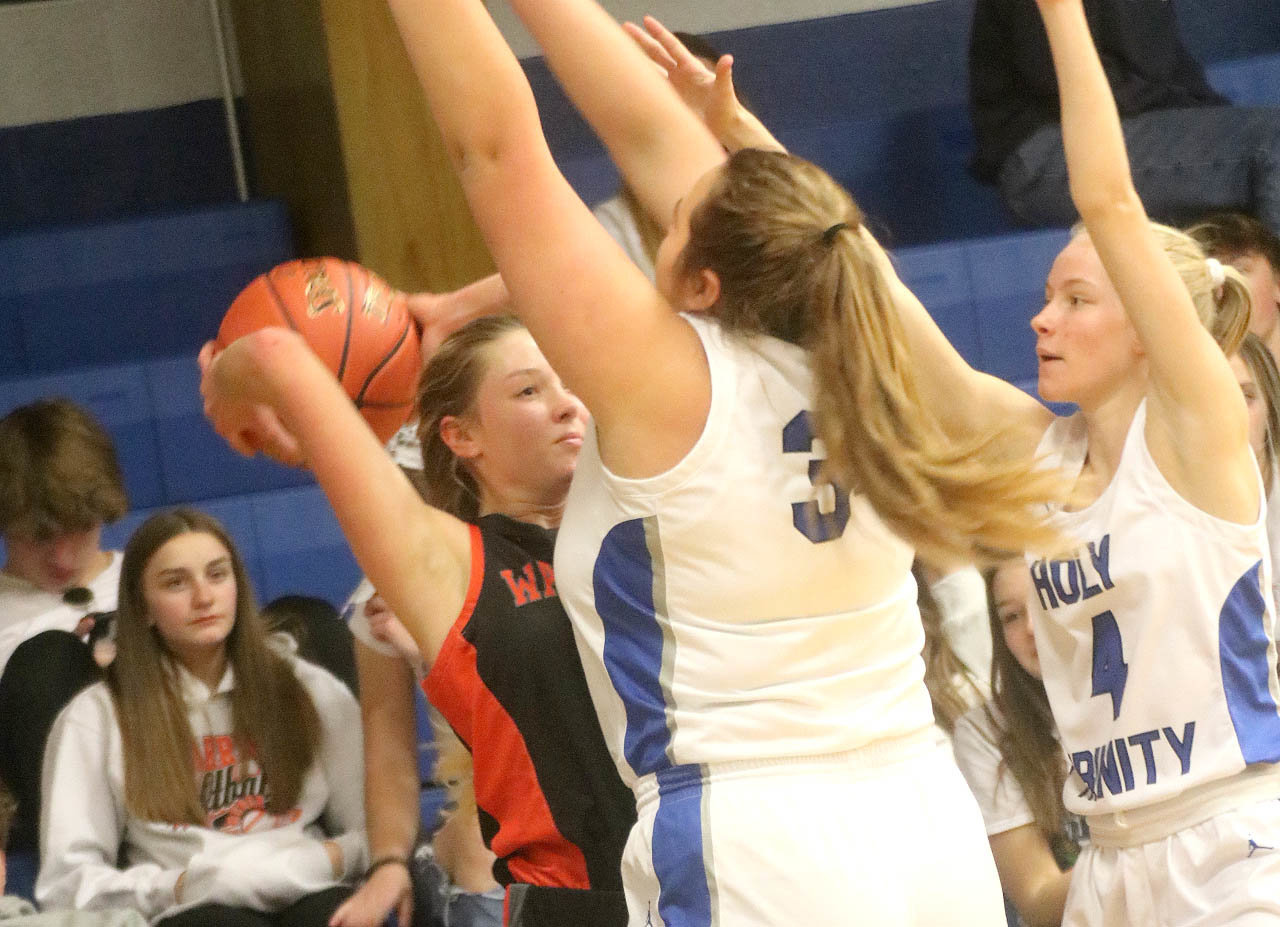 FORT MADISON - Tony Johnson rubbed his forehead in frustration.
Holy Trinity’s girls basketball defeated Van Buren 51-28 on Tuesday, but the Crusaders’ coach knew it wasn’t his team’s best effort.
“Just a frustrating offensive night, honestly,” Johnson said. “Overplaying on defense a little bit, getting out of position. But it’s stuff we can clean up.”
Holy Trinity (4-1) led 18-2 in the second quarter before allowing a 9-0 run by Van Buren that got the Warriors back in the game. The Crusaders then held Van Buren to six third-quarter points to take control of the game.
But there were times when the Crusaders looked out of sync, something that plagued them in Saturday’s 73-51 loss at Mediapolis.
“It was 32 minutes of chaos,” Johnson said. “Everybody was trying to do too much, not helping each other on defense. I don’t know — we’ll fix it tomorrow after I watch it again tonight.”
Johnson thought his team missed numerous scoring opportunities by rushing shots.
“It felt like we missed about 20 layups,” he said. “I thought we left about 45 points or so out there. A lot of easy finishes.
“It’s all correctable, which is good. It wasn’t from a lack of effort, which is good. Sometimes we just get a little bit out of control. Some of that is youth, some of that is just from doing too much.”
There are still some growing pains with this team, which has just two seniors.
“I know I get growly sometimes,” Johnson said. “But then there are times I’ll look out there and we’ll have three freshmen out there and a sophomore and a junior. I know we're still a young team, and we’ll make young mistakes. We’ve just got to work through them.”
Natalie Randolph led the Crusaders with 20 points. Mary Kate Bendlage had 11.
Holy Trinity plays at West Burlington on Friday night.