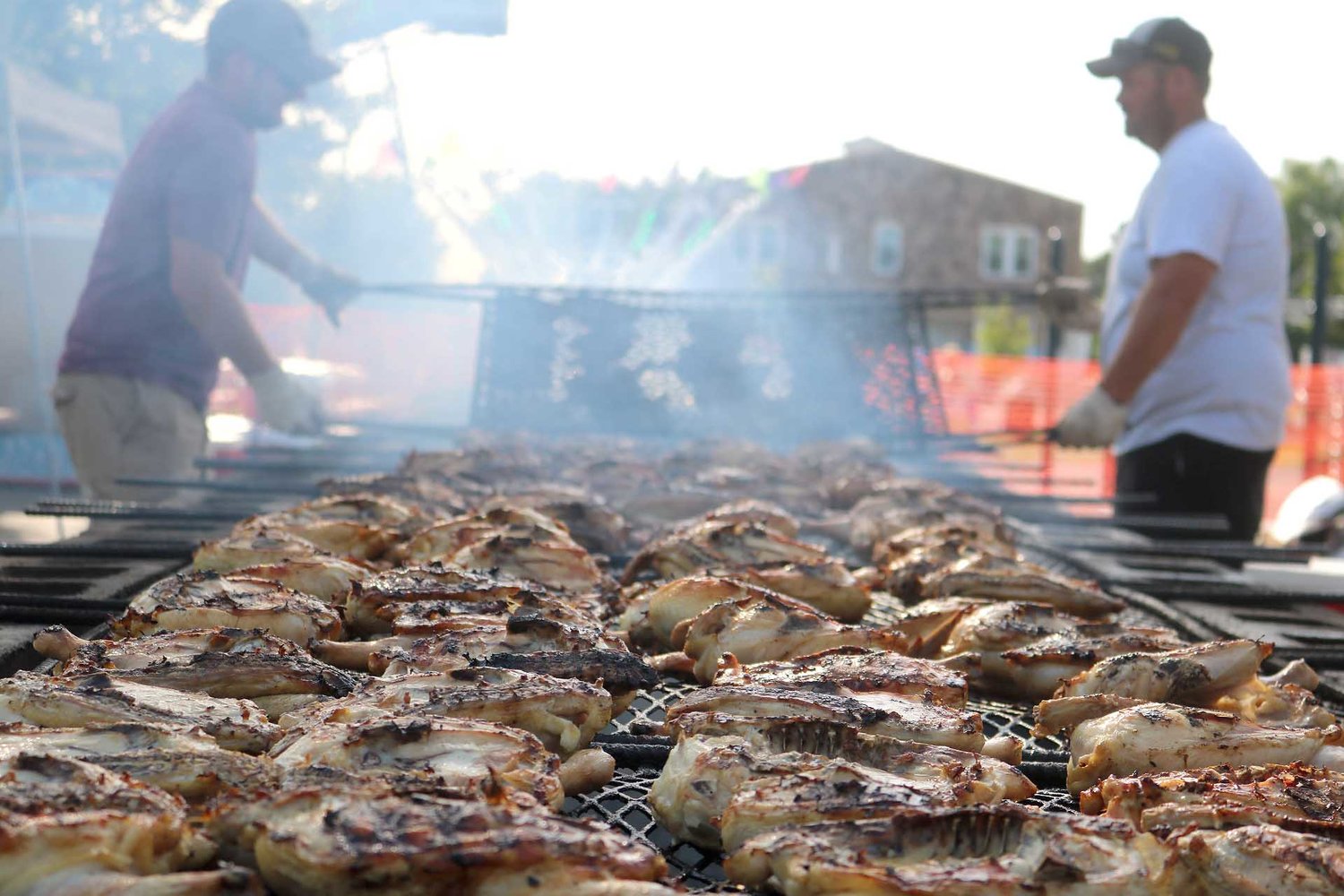 WEST POINT - Tyler Sullivan has run in close to 1,000 of Iowa's cities and towns, and on Saturday he blew through the West Point Sweet Corn Festival 10K on part of his tour.

The annual 5K and 10K starts in front of the West Point American Legion and loops around Pollmiller Park before coming back up 5th Street from the south past Freedom Rock in the town square. It's part of about a half dozen events going on throughout the day at the annual festival.

"After today is 952 (towns) and I think there are more than 1,160 on the map," Sullivan said Saturday. "I just want to see what's in Iowa. Every town has something special and I love seeing it. For instance, I saw the Freedom Rock today - those are so cool to see. I love seeing the town views even covered in rides. I just love finding those little gems."

Sullivan said his motivation for making runs through Iowa's communities is to just get a more visual perspective of the state.

He works Monday through Friday for the University of Iowa, and then has a part time job on Sunday's so Saturday's are his only days to run. The photos from his runs can be found on Facebook at https://www.facebook.com/whoisyourredcardinal under Iowa's Scenic Views by Foot. The site has about 7,000 followers.

Sullivan started toward the front of the group on the run, and made the loop at 5th and Avenue D in front of the field. He turned east on Avenue D for a second loop on the 10K run. He also did a warm up through town prior to the race.

"This is the second time attending a sweet corn festival and I'm wondering how many more of these are there," he said prior to the race.

He said his goal was to just have fun and maybe run the fastest second loop of the day.

"I'm hoping the high school kids don't take me out the first loop," he said. "I saw them warming up and they looked pretty fast."

Sullivan said the pandemic did slow him down on his quest to get to all Iowa's communities. He was continuing to run through 2019 and into 2020 but then was encouraged to stop as the pandemic took hold.

He said he was going to hang around after the run and take in the festival activities and food.

Nathan McWilliams of Mt. Pleasant won the 5K event with a time of 19:33, but Sullivan made the turn to start the second loop about two minutes in front of Williams crossing the J3Timing blue archway.

The run had 197 participants register and 165 competed on Saturday morning.

Other events on Saturday included a horseshoe tournament, Pee-Wee drag races and junior water fights in front of the grandstands and a corn hole tournament in the afternoon, as well as all the free sweet corn you can eat and the carnival fun and fare.

On Friday Daniel Kieler blew through a couple ears of corn in three minutes to win the 7 and under sweet corn eating contest. Kieler gnawed so hard to win that he actually lost a tooth and had to go through the basket to locate the tooth.

BBQ chicken dinners are on the menu for Saturday and Sunday until 10 p.m. daily or until meals are sold out.