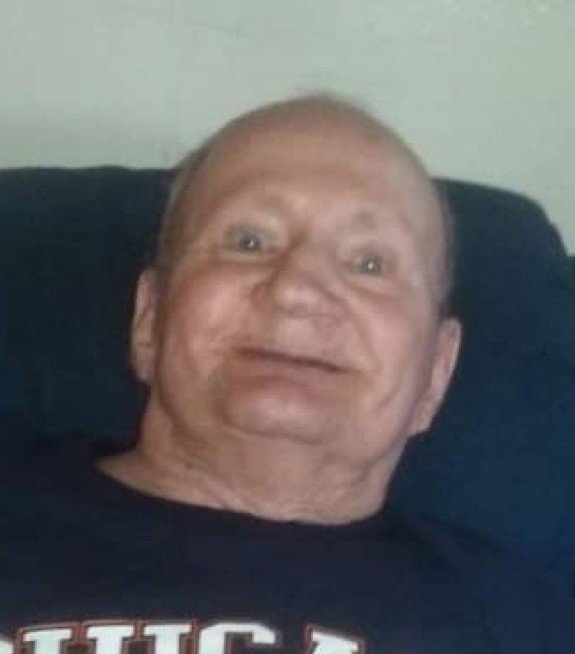 Frank Henry Wetteland, 77, of Fort Madison passed away at 2:10 PM on Saturday, October 16, 2021 at the Southeast Iowa Regional Hospice House in West Burlington.

He was born on July 23, 1944 in Ft. Madison to Clem and Ima Huss Nolte.  Frank married Loretta Lake on July 24, 1963 in Niota, IL and they later divorced.  He worked production at Midwest Packaging and later Burrows.  After retirement he worked for FMCSD as a bus attendant assisting handicapped students.  Frank was affiliated with the Moose and the Eagle’s Club. He enjoyed driving his Camaro in downtown Ft. Madison and blasting Patsy Cline’s “I Fall to Pieces” Frank was an avid fan of Elvis and his entire basement was filled and decorated with Elvis memorabilia.  He even had and wore his own Elvis suits.  He was an animal lover, especially his dog, ELY (Elvis loves you).  Frank was known for his delicious tacos; everyone loved them, they were even his granddaughter’s request for her wedding reception.  After Frank went to the nursing home, he was still known as the class clown, just as he was in his younger days.  Those blue eyes lit up when visitors brought him chocolate chip cookies, dark milky ways, peanut butter oatmeal cream pies and specifically cherry pie.  Frank enjoyed his 40’s in a brown paper bag; being down at the river, boat time and fishing.  He was a very well loved man by many!

Per his wishes, cremation has been entrusted to King-Lynk Funeral Home & Crematory and there will be no formal services held at this time.  Online condolences may be left at www.kinglynk.com.