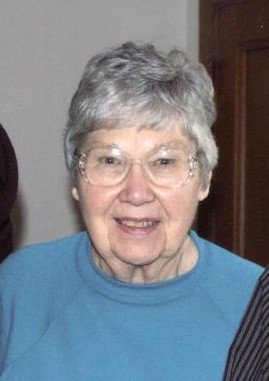 She was born on July 23, 1929 at Sacred Heart Hospital in Ft. Madison to Roy W. and Ruth Hutton Gehle.  On March 3, 1951 she married Donald Lee Lancaster at St. Mary’s Church in Fort Madison and he passed away on December 24, 1969.  In her early years Rita worked with her grandfather at Hutton’s Cigar Store.  She then was a manager at JCPenney Men’s Department and at the Spiegel Catalog store in Fort Madison.  Before retirement, she also worked at the Financial Adjustment Bureau all in Burlington.  Rita enjoyed embroidering, reading, working on crossword and jigsaw puzzles.  She loved animals and always had a pet dog.

The funeral service will be held on Thursday, December 16, 2021 at 11:00 AM at King-Lynk Funeral Home & Crematory with Renee Lunemann officiating.  Burial will follow in Hillcrest Memorial Park Cemetery.  The family will meet with friends from 10:30 AM until the time of the service at 11:00 AM.

A memorial has been established for Ss. Mary & Joseph Catholic Church in Fort Madison.  Online condolences may be left at the King-Lynk Funeral Home & Crematory website: www.kinglynk.com.