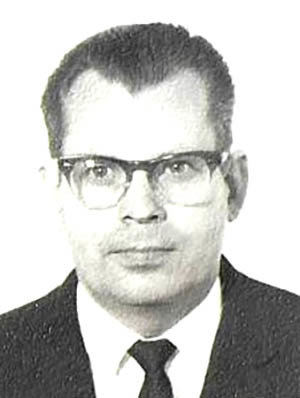 Conrad James “Jim” Mertens,93, of Anchorage, AK, passed away at 1:10 p.m. on Saturday, May 29, 2021 in Anchorage.He was born on May 10, 1928 to Conrad Peter & Kathryn Wilken Mertens in Fort Madison, IA.He graduated from Catholic Central High School in Fort Madison and then received his electrical engineering degree from Iowa State University.Jim served in the Korean War and obtained the rank of Sergeant in the U.S. Army.He was awarded the Combat Infantry Badge, National Service Medal, the Korean Service Medal with three Bronze Service Stars, the United Nations Service Medal, Good Conduct Medal and a Purple Heart.

Jim worked and traveled extensively in Europe, Africa, Greenland and Canada on the D.E.W. line before settling in Alaska in the late 1960’s.  Jim loved nature and the freedom of living in Alaska.  He often traveled to his land in the Salem, IA area.

A visitation will be held on Friday, August 6, 2021 from 1:00 to 2:00 p.m. at King-Lynk Funeral Home & Crematory in Fort Madison.  A private family burial with military rites performed by the Fort Madison Veterans Honor Guard will follow at Sacred Heart Cemetery in Fort Madison.  Jim will be laid to rest with his parents, sisters and sister-in-law.  Online condolences to Jim’s family may be left at the King-Lynk Funeral Home & Crematory website: www.kinglynk.com.