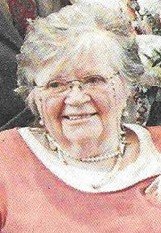 She was born on May 25, 1941 in Grand Forks, ND to Lloyd and Josephine Norman Street.  On June 4, 1961 she married Jerome Sayler in Grand Forks.  Along with her husband she owned and operated Jerry’s Olson Drug and JoAnn Fabrics.  JoAnn was very actively involved in many things in East Grand Forks area, including the Chamber of Commerce where she held the title of President and Grace Baptist Church where she served as trustee. She was very instrumental in building up the East Grand Forks Arts and Crafts Show and spent countless hours volunteering her time.  While in Ft. Madison she volunteered at Ft. Madison Community Hospital and HTC Library. She was a member of Rebecca Pollard study club. Her family was most important to her, especially her grandchildren.

Survivors include her husband, Jerry Sayler of Ft. Madison; a daughter, Debbie (Roy) Tinguely of Fort Madison; a son, Wayne Sayler of East Grand Forks, MN; seven grandchildren and six great grandchildren.  She was preceded in death by her parents.

The funeral service will be held on Tuesday, December 15, 2020 at 11 AM at King-Lynk Funeral Home & Crematory with Pastor Dan Dingus officiating.  The family will meet with friends from 10 am until the time of the service.  Burial will be in Nisbet Cemetery, East Grand Forks, MN.

A memorial has been established for Kayla’s Cupboard and online condolences may be left at www.kinglynk.com