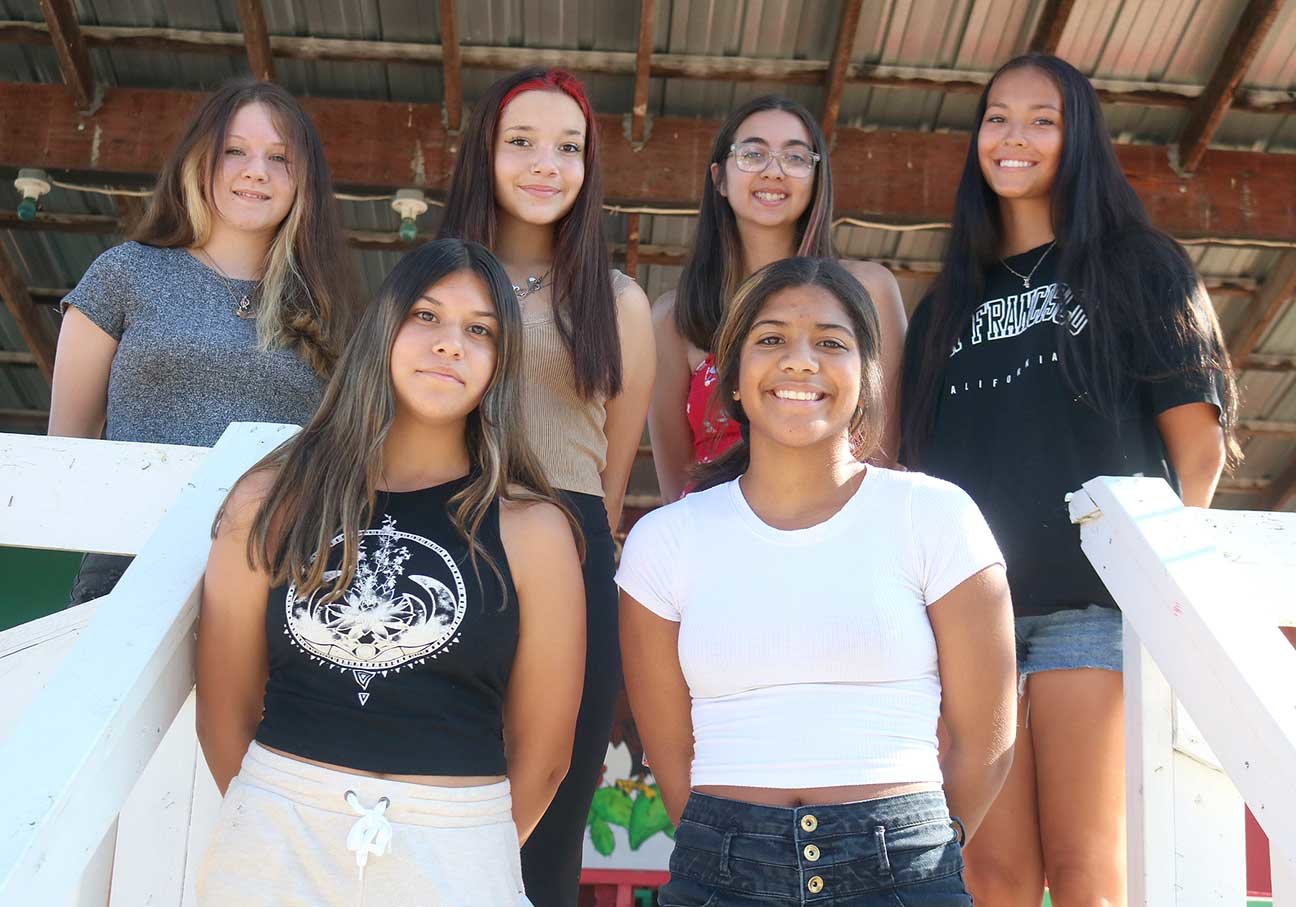 The 2021 Mexican Fiesta queen candidates front row left to right are Bella Estrada and Jessiona Jaciunde. Back row left to right are Marlee Wieler, Olivia Puga-Vass, Shayna Eid and Hattie Schrepfer. Not pictures are Ada Taylor and Marrissa Frantz. This year's event runs from Sept. 16-18 and donations are still needed to help with some unexpected costs this year. Photo by Chuck Vandenberg/PCC
Posted Monday, August 23, 2021 11:22 am

FORT MADISON - The bands are booked, the royalty court is in place, the menus are ready and the beer has been ordered.

The 100th celebration of the Fort Madison Mexican Fiesta, which was officially established in the fall of 1921, will kick off Sept. 16 and run through Sept. 18 in the village along Avenue Q.

Fiesta Committee President Scott Huffman said despite a few bumps in the road, which typically accompanies most events, plans are coming together for the celebration honoring Mexico's Independence from Spain.

"We're on track for everything. We got stuck with some extra expenses right here at the end that we need to figure out. So we still need to get some donations in to deal with those unexpected costs," Huffman said. "I would say about $3,500 for sure."

He said the costs were associated with some rental increases due to property changing hands recently.

Jamie Mesecher, who also volunteers on the festival committee said plans are still coming along strong, following a meeting of the committee Sunday afternoon at the shelter house on the grounds.

"We weren't quite ready for this kick, but things are going to be fine. There are still some sponsorships out there that haven't come in yet, but they will," Mesecher said.

The committee also got $2,500 from city coffers this year to help put on the event.

"We're proud of them for stepping up this year because it's their festival. It's the city's festival," Mesecher said.

The committee has eight queen candidates vying for the Mexican Queen crown and two princesses.

The two princess candidates this year are Jackie Vincent, 9 and Diamond Garcia, 8, are the current candidates for princess.

The candidates are required to submit essays, engage in community service, and engage in festival preparation and participation. Canisters are also out in the community where each candidate will get one vote for every penny deposited in their canisters as part of the overall judging.

There is still time to enter the queen and princess contests. Those interested should contact Michelle Hess at 319-470-6890.

The festival will feature The Crooked Cactus and then Ted Brooks. Bluzallion will playing on Thursday. A full schedule will be reported as soon as available.

The festival is also raffling all a large Corona cooler sponsored by Golden Eagle.

There are also plans in place for an eating contest prior to entertainment on Saturday, Sept. 18.

The committee currently is at about 15 people. Mesecher said the original seven or eight committee members are still in place, but volunteers are needed.

"We can definitely use some more volunteers for sure," Huffman said.