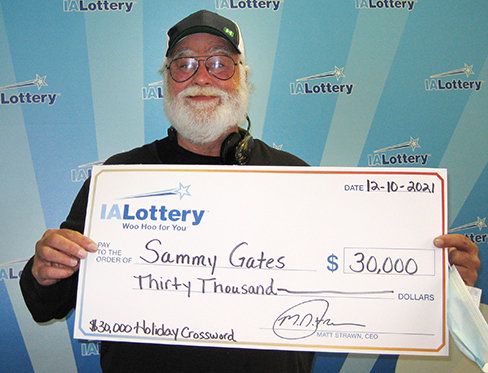 CLIVE, Iowa — An Illinois man has won a $30,000 lottery prize on a scratch ticket he purchased in Fort Madison.

Players can enter non-winning holiday scratch tickets into the lottery’s Warehouse Dash®Play It Again® promotion from now through 9:59 a.m. on Jan. 4. The promotion will award $200,000 in cash prizes, including a $100,000 grand prize, and four trips to Chicago for a 90-second Warehouse Dash shopping spree. For rules and complete details, visit ialottery.com.

About the Iowa Lottery: Since the lottery's start in 1985, its players have won more than $5 billion in prizes while the lottery has raised more than $2.1 billion for state programs. Today, lottery proceeds help our state in multiple ways. They support Iowa veterans and their families through the Iowa Veterans Trust Fund. They help the families of Iowa peace officers, firefighters and corrections employees who die in the line of duty. And they provide help for a variety of significant projects through the state General Fund.