No cause yet on Thursday night house fire 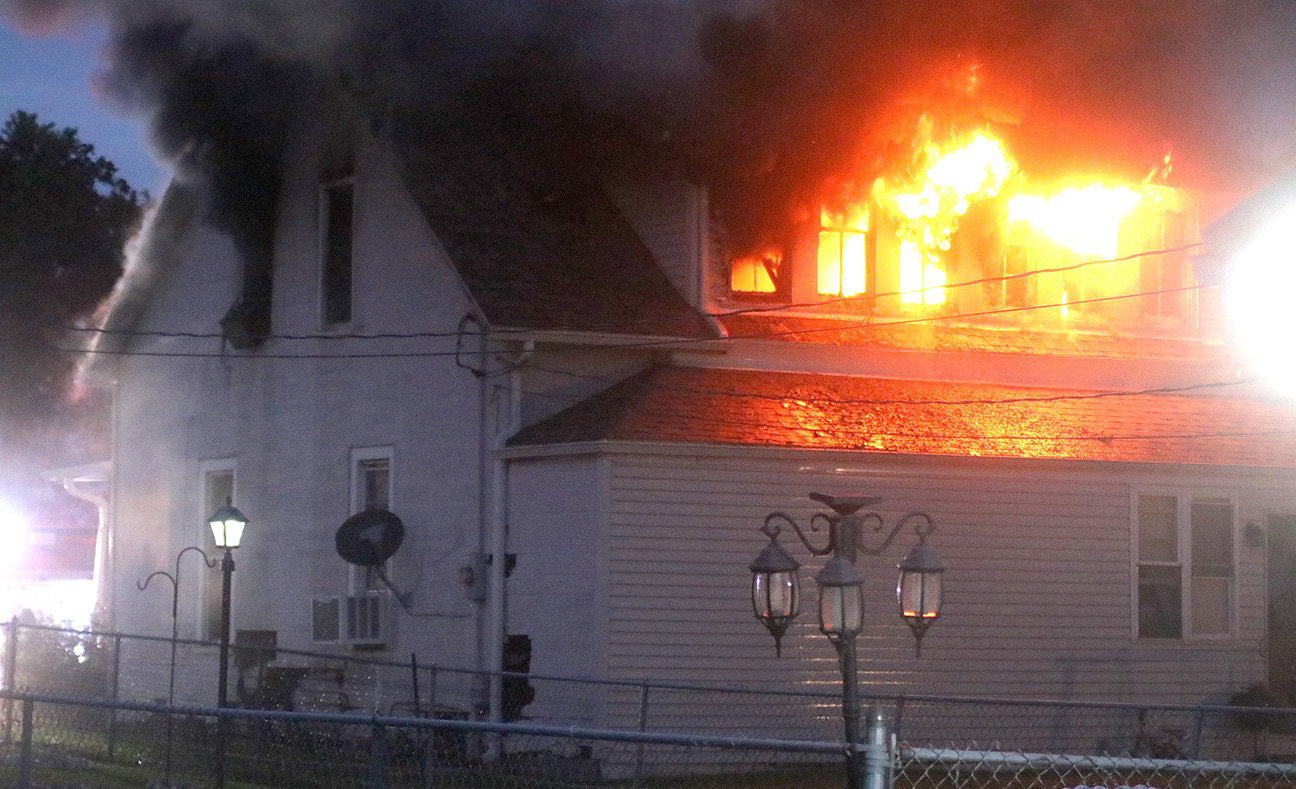 Smoke and flames erupt from a home at 1514 Avenue F in Fort Madison Thursday night. The call came in at about 6:45 p.m. and no one was injured in the fire. Fort Madison firefighters were on the scene for just over three hours. Photo by Chuck Vandenberg/PCC
Posted Thursday, October 7, 2021 10:16 pm

FORT MADISON - Fort Madison firefighters battled a house fire in Fort Madison for about three hours Thursday night and don't yet have a cause for what started the blaze.

Fire Chief Joey Herren said no one was injured in the fire. The family of the home at 1514 Avenue F was in the structure at the time of the fire, but noticed the smoke and were able to get out.

Herren said firefighters had trouble fighting the blaze from the inside because the fire had gotten into design "voids' in the home.

"The way those houses are built there are a lot of voids you can't get to," Herren said. "This is the second or third one we've had like that. It gets into those voids and then it blows up on us.

Herren said firefighters were standing up inside the home fighting the fire and it was clear in the rooms, but the fire broke through into the attic and then through the roof and became fully engulfed.

Firefighters will return to the scene Friday morning to investigate and see if they can determine a cause of the fire.

"It's too dark and it's kinda dangerous in there so we're goonna go back in the morning and take a look.

According to the Lee County Treasurer's office the home is owned by Derek and Shawna Sanders and was valued at just under $64,000.