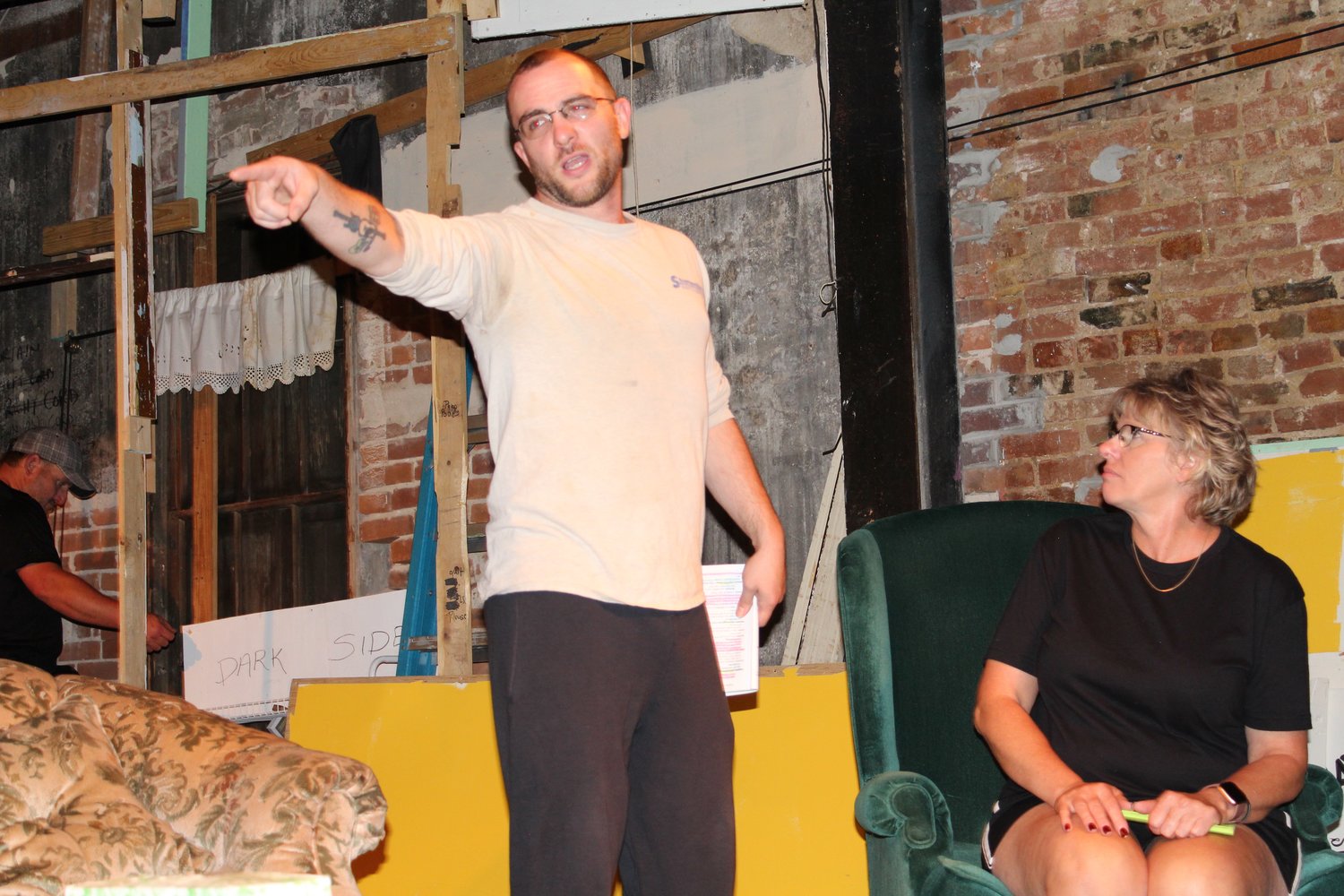 FORT MADISON - Old Fort Players launches their 2022/2023 Season with the hilarious comedy “Four Old Broads” written by Leslie Kimball. The show performs October 7-9 & 14-16, 2022, with Pen City Current as the proud sponsor of the production.
Set in Magnolia Place, a senior assisted living community in Petula, Georgia, six women, and one Elvis Impersonator add up to one hilarious comedy. Ty Clute directs the show and it’s one that fans of “The Golden Girls” television show will especially enjoy.
Retired burlesque queen, Beatrice Shelton, portrayed by Richar Abel, desperately needs a vacation – and NOT another trip up to see that “precious little German village for the umpteenth time.” Richar most recently appeared in “The Queen of Bingo” & “Savannah Sipping Society.” A Sassy Seniors Cruise through the Caribbean may be the ticket if she can just convince her best friend, Eaddy Mae Clayton, to stop praying and go with her. The role of Eaddy is filled by Kelly Shields. Kelly recently directed “It’s A Wonderful Life” in 2021.
Unfortunately, things have not been very pleasant at Magnolia Place Assisted Living since Nurse Pat Jones (Alicia Mcduffie) began working there. Alicia is new to OFP and enjoys being part of the cast of veteran actors. The part of Imogene Fletcher will be portrayed by Kayla Schleidt. As the newest resident who is suddenly losing her memory. Kayla will put her considerable comic talents to good use just as she did in “Dixie Swim Club.”
Maude Jenkins is obsessed with her favorite soap opera and planning her own funeral. Sherry Stice will fill the role of Maude. Sherry has appeared in “Barefoot in The Park,” “Drinking Habits” and many others. And then there’s Sam Smith, retired Elvis impersonator, who keeps trying to bed every woman in the building! As the sole male actor in the cast, Mike Randolph (“Making God Laugh” and “As Long As We Both Shall Live”) is holding his own and loving every minute portraying the King. He may be a bit young to remember Elvis in real life, but education via YouTube is a wonderful thing.
A mystery unfolds with laughter as the gals try to outsmart the evil Nurse Pat and figure out why so many residents have been moved to “the dark side,” what exactly IS that mysterious pill, and what happened to Doctor Head? Hilarity ensues as Imogene goes undercover and Maude enters the Miss Magnolia Senior Citizen Pageant to throw Pat off their trail. If they can solve the mystery, they may make it to the cruise ship after all.
Handling Sound and Lights is Matt Abel. Codee James and Ty Clute are featured in their small but vital roles as the voices of the soap opera actors that fascinate Maude. Rounding out the cast and shining bright in her small role is Tegan Hamilton as Lurleen.
“Four Old Broads” written by Leslie Kimball, is produced by Special Arrangement with Samuel French Inc. & Concord Theatricals. Friday and Saturday shows begin at 7:30 and the Sunday matinee begins at 2:00 pm. Adult tickets are $15, Senior, Vet & Military are $12, and Students are $10. You can reserve a seat by phone or Facebook Messenger.
Also going on at the theater … “Miracle on 34th Street, The Play” auditions are September 26 & 27, 5-7 pm. Then on November 19th, OFP will host comedian Jeremy Nunes in a fundraising event. Join this funny man for a night of laughs. “In 2018, Jeremy’s comedy was a big hit and helped raise funds to support OFP. We’re so happy to have him back,” President Matt Abel said. “This in addition to our performance in August for Neihart Travel and Tours has helped keep us in the black.”
Old Fort Players is located in downtown Fort Madison at 725 Avenue G. Send a Facebook message, send an email to oldfortplayersfm@gmail.com or call 319-372-9559 for more information. Like them on Facebook (Fb@oldfortplayers) or visit www.oldfortplayers.com to keep up with everything that’s going on at the theater.