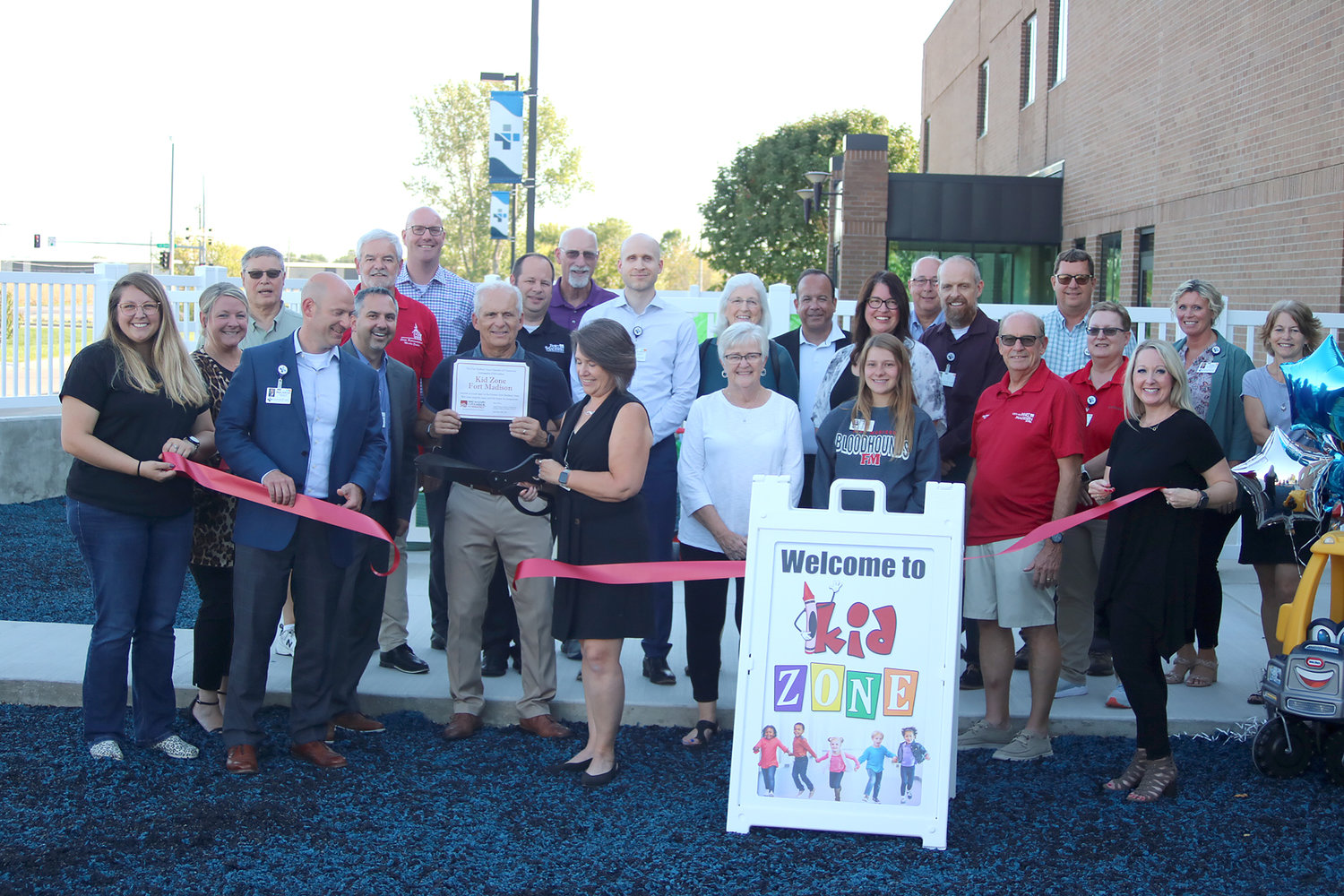 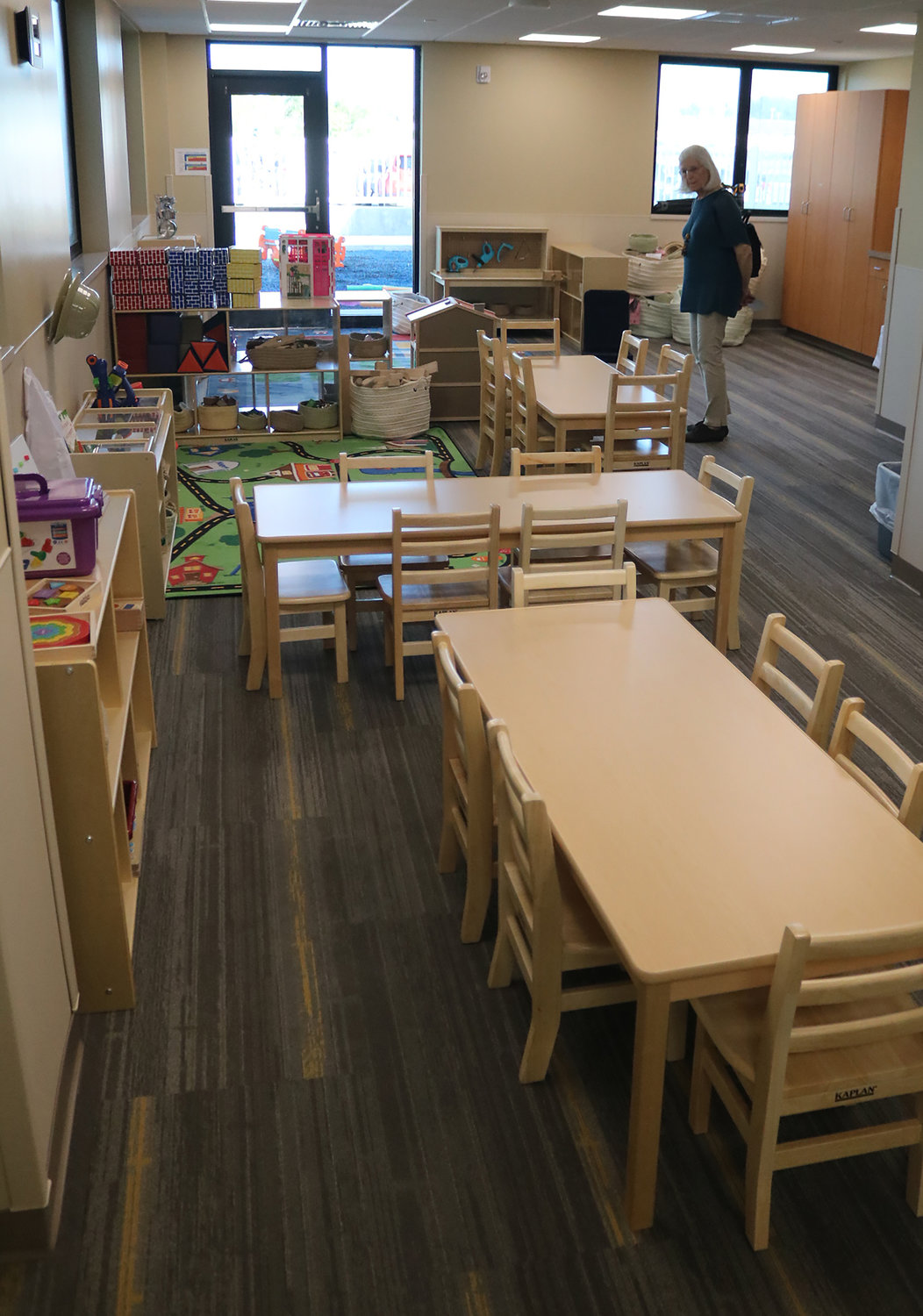 A visitor to the Kid Zone checks out one of the rooms that are now in use for the child care service at Southeast Iowa Regional Medical Center Fort Madison.
Photo by Chuck Vandenberg/PCC
Previous Next
Posted Wednesday, September 21, 2022 12:21 am
Chuck Vandenberg, Pen City Current Editor

"Today you see the $1.2 million commitment we've made at Fort Madison. That money came from the hospital Foundation, so Thank You," said Matt Wenzel President and CEO of Great River Health System.

Wenzel said the day is remarkable because it shows the vision of the hospital system.

"Empowering people and transforming lives and fulfilling dreams. I say that because we're after workforce, education, making Southeast Iowa a more livable community, and health care," he said.

Wenzel said the effort was to support the employees who support them with their hands and service toward health care.

The hospital transformed the former administrative suites on the ground floor of the east side of the hospital into a child care service called the Kid Zone.

Dianne Petersen, manager of the health system, said the project wouldn't have happened without the funding from the hospital foundation.

"Day care is such a huge, huge needed thing in our community today," she said.

"Most of our families are two parents working or a lot of single mother families. You can imagine what a tough thing that is to take your child and hand them over to somebody."

She said having a quality child care center with people you can trust is important in supporting their employees.

The Kid Zone was created for in-house daycare for employees, but if there are slots that aren't being filled, some of the slots could be opened to the public.

Currently there are 30 kids enrolled and there are four or five getting ready. She said people were waiting to see that it was really opened.

"I'm expecting before too long we're going to be packed out and it will be exciting when that happens."

There are currently 14 staff on hand to care for children ages 6 six weeks to  12 years of age.

Wenzel said the idea for the Kid Zone came from employees who wanted to use the administrative space.

"When we first announced that this was going to happen and we were going to solve this problem, there was a momma in the room and she started crying," he said.

"To me that gets to when we talk about our vision of empowering people, transforming lives and fulfilling dreams. Talk to her. She embodies that statement."