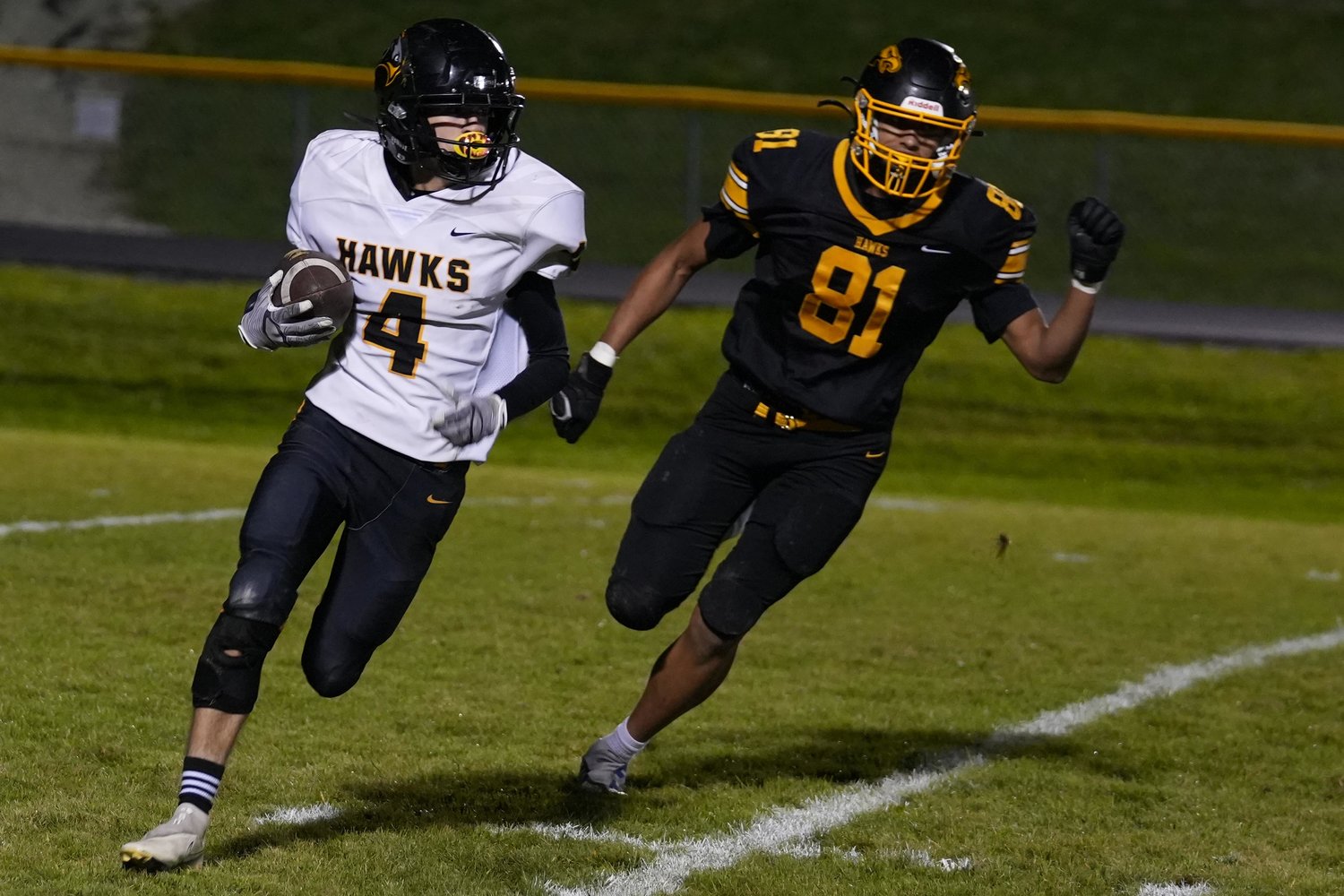 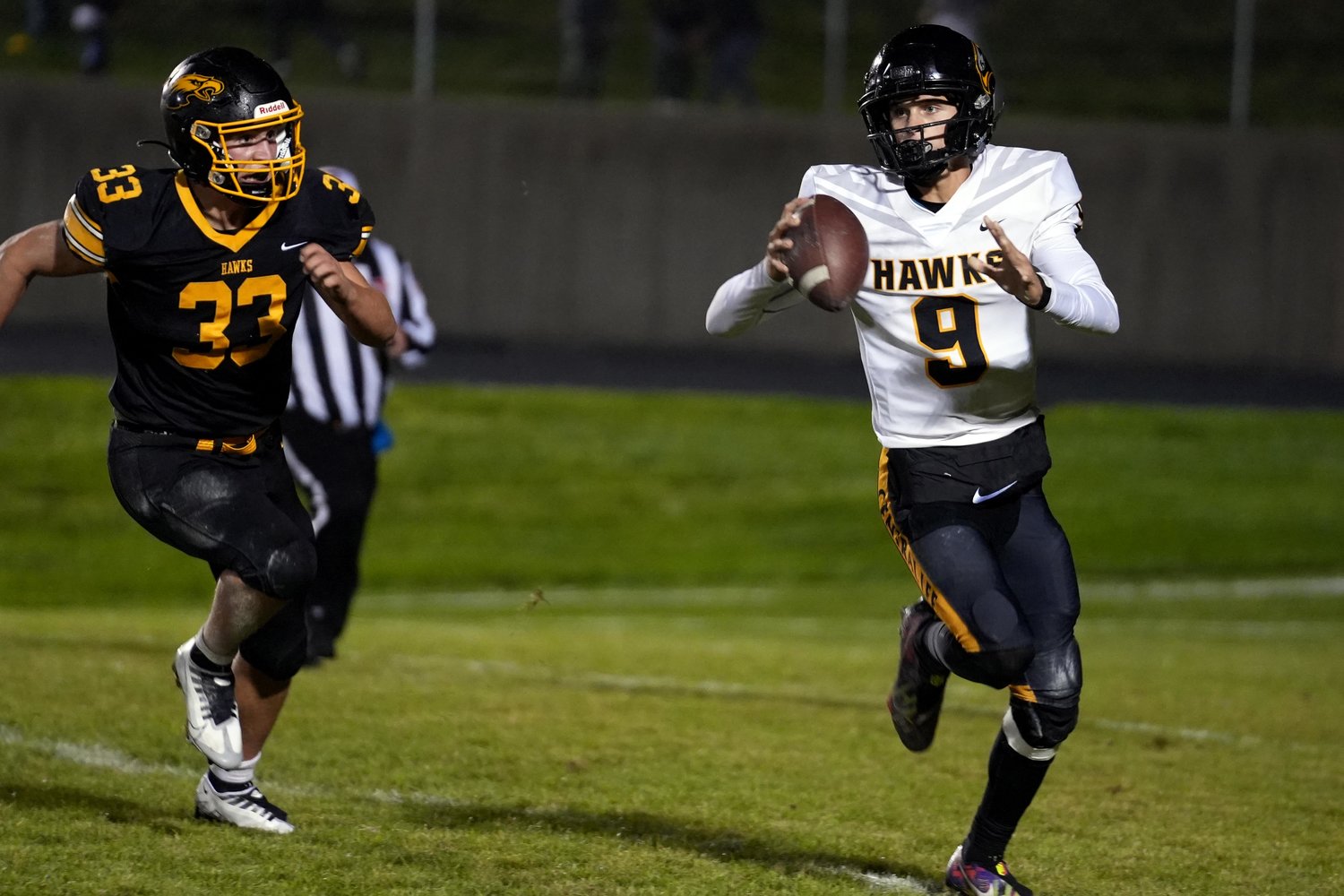 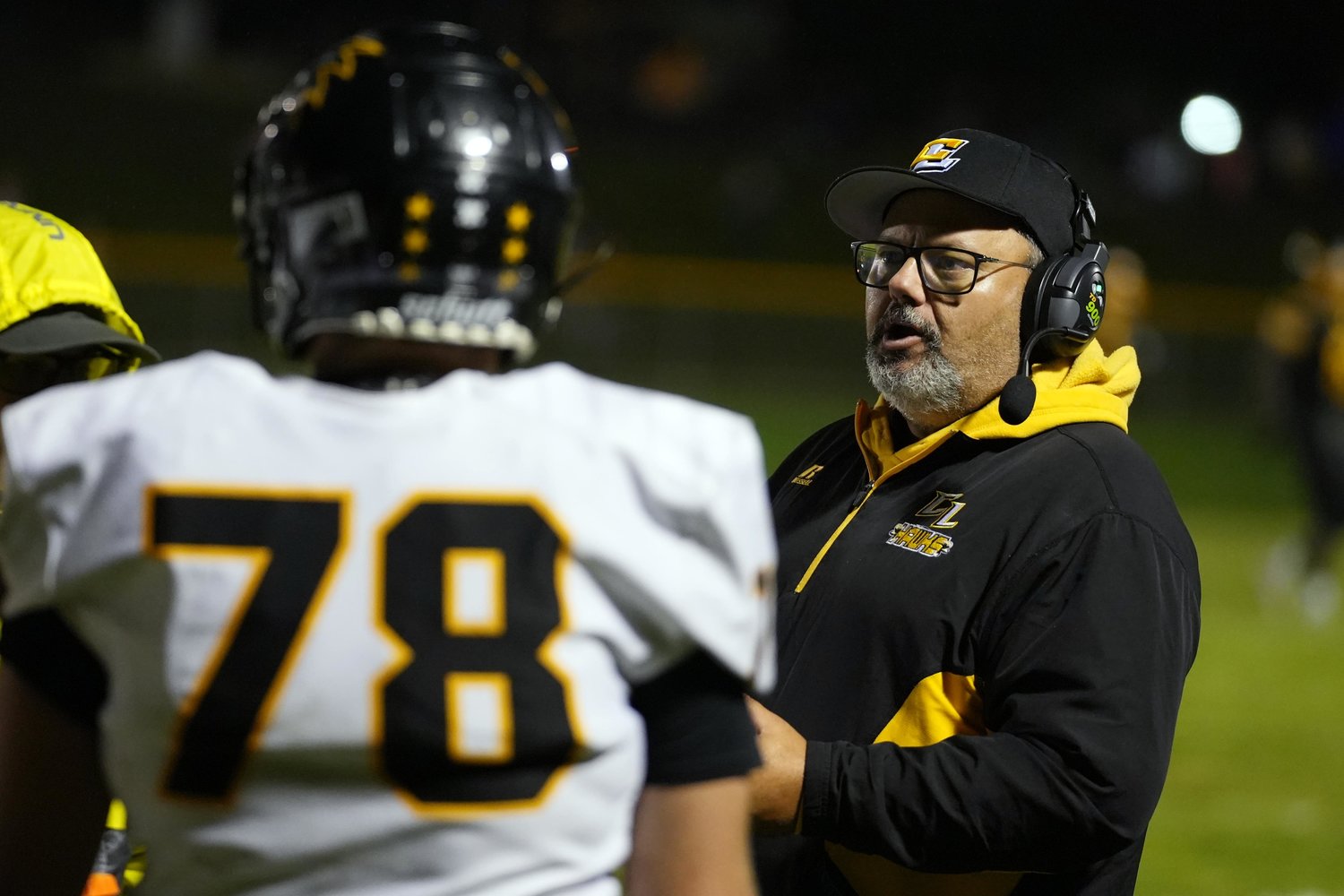 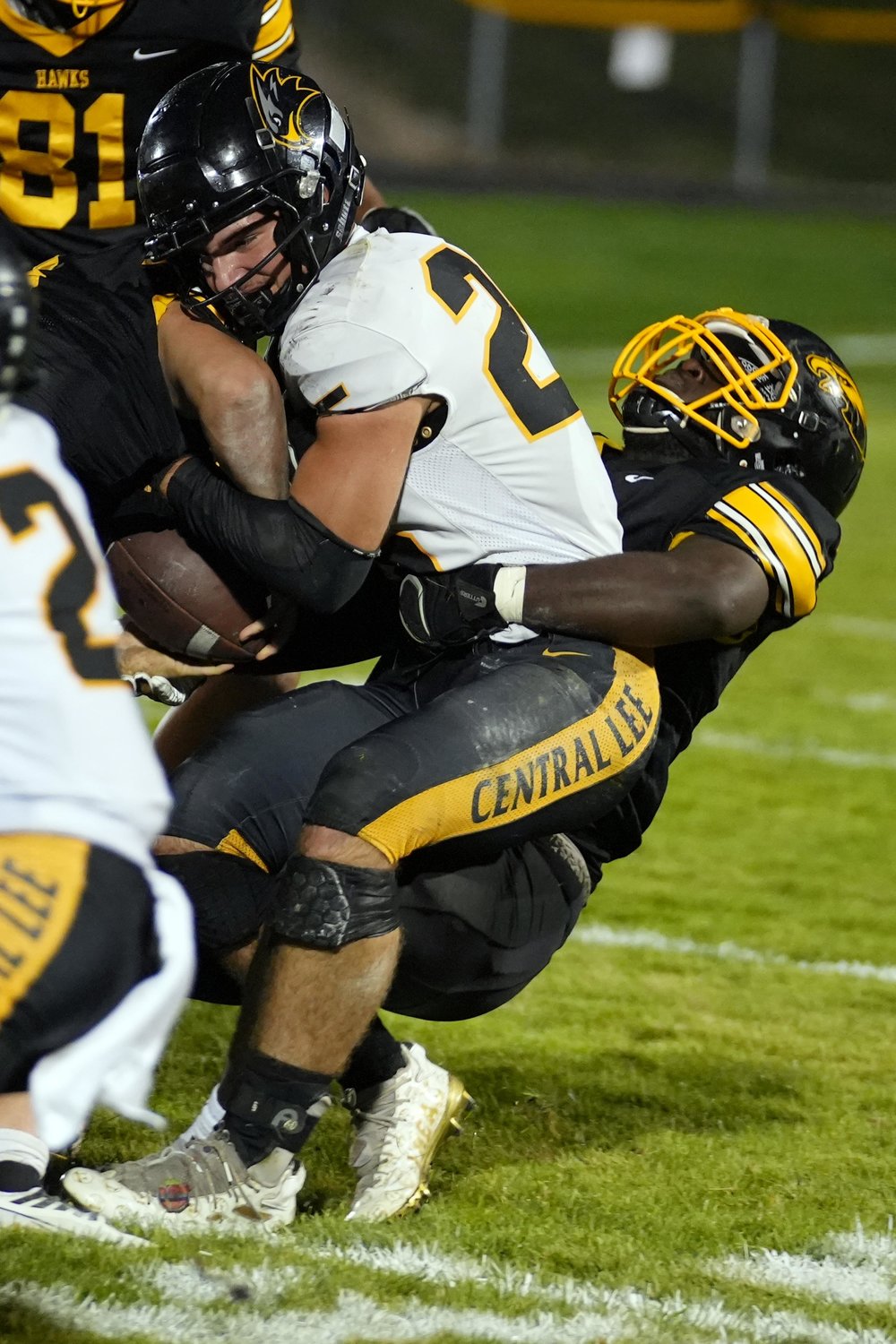 Right now, we have to remember this,” Banks said. “It’s one of those games where, although you want to forget games like this, we need to remember it. We have to come back Monday and keep working”
- Chuck Banks, Central Lee Head Coach
John Bohnenkamp for Pen City Current Sports

WELLMAN — There is time, Central Lee coach Chuck Banks said, for the Hawks to turn around their football season.
Friday’s 51-0 loss to Mid-Prairie, though, was another night when, while the Hawks occasionally showed the ability to move the ball, they also turned it over.
“Right now, we have to remember this,” Banks said. “It’s one of those games where, although you want to forget games like this, we need to remember it. We have to come back Monday and keep working.”
The Hawks (1-4) were down 7-0 when the turnovers started coming.
Dylan Henry’s interception of a Cory Jones pass set up a 4-yard touchdown run from Mid-Prairie’s Collin Miller for a 14-0 lead.
After Central Lee failed to convert on a fourth-down at midfield, Miller would score again on a 5-yard run for a 21-0 lead.
A blocked punt set up a 7-yard touchdown run from Landry Gingerich, and the Golden Hawks (4-1) led 28-0.
Central Lee then put together its best possession of the game. The Hawks ran 12 plays and got to the Mid-Prairie 45, but Kayden Calfee’s fourth-down pass was intercepted by Mid-Prairie’s Cain Brown.
The final turnover of the first half came in the final seconds, when Grady Miller scooped up a fumble and 37 yards for a touchdown and a 35-0 lead at halftime.
“You just can’t make mistakes like that against any team, especially the good ones,” Banks said.
Mid-Prairie got a safety and two second-half touchdowns for the final margin.
The Hawks continue to be plagued by injuries that have sapped their depth.
“We’re a little banged up,” Banks said. “And that doesn’t help.”
Central Lee has three games remaining against Davis County, Eddyville-Blakesburg-Fremont, and Centerville.
“Those are games we can win, but we have to play better,” Banks said. “We have to just keep going.”