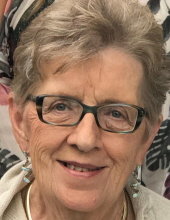 Donna was a 1952 graduate of Nauvoo High School. From 1952 to 1955, she attended Blessing Hospital - School of Nursing earning her RN, she then went on to earn her Bachelor of Science degree in health arts from the College of St. Frances in Joliet in 1984. She worked as a registered nurse at the Sacred Heart Hospital in Fort Madison, Iowa for thirty-one years. Donna was a member of the Monmouth American Legion Auxiliary. She enjoyed crocheting, knitting, crafts, loved flowers, reading, and traveling.

A memorial has been established in her memory for Lee County Hospice.

Schmitz-Banks & Beals Funeral Home of Nauvoo is assisting the family with arrangements. On-line condolences to the family may be left at www.sbbfuneralhome.com.