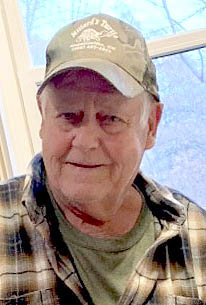 Nick was born on May 29, 1950 in Mount Pleasant, Iowa, the son of Philip and Helen (Greiner) Schwartz. On August 13, 1977, he married Nicky Nichting at St. John the Baptist Catholic Church in Houghton, Iowa.

He was preceded in death by his parents and sister: Mary Ellen Williams.

Nick was a graduate of Marquette Catholic High School. He attended Southeastern Community College and spent most of his life truck driving for several local ag companies. Nick was a member of St. John the Baptist Catholic Church in Houghton. He was an avid Cardinal, Iowa Hawkeye and NASCAR fan. Nick also enjoyed hunting, gardening, fishing, farming, raising livestock, being outside and most of all spending time with family and friends living his best life being retired.

A Mass of Christian Burial will be held at 10:30 a.m. Friday, October 16, 2020, at St. John the Baptist Catholic Church in Houghton with Father Dennis Hoffman as celebrant.

Burial will be at St. John’s Cemetery in Houghton.

A memorial has been established in his memory to Houghton Fire and Rescue.

Schmitz Funeral Home of West Point is assisting the family with arrangements. Online condolences may be made to the family at www.schmitzfuneralhomes.com.