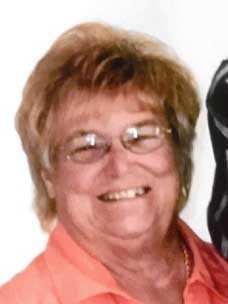 Rena Maureen Blint, 72, of West Point, Iowa, passed peacefully at 3:15 p.m. on Monday, September 6, 2021, at her home surrounded by her family after a courageous battle with renal failure.

She was born on December 18, 1948, in San Bernardino, California the daughter of Harlin and Dorothy Carroll. As a child, she grew up in Lebanon, Missouri with her seven siblings: Raymond Carroll, Roger Carroll, Rhonda Roberts, Rodney Carroll, Randy Carroll, Russell Carroll and Ricky Carroll.

Rena had many talents such as baking and cooking, especially pies and bread. She enjoyed gardening, dancing and laughter. She worked at many local greenhouses over the years and retired from Wal-Mart warehouse in Mt. Pleasant, Iowa after twenty-three years.

A private family graveside service will be held Thursday, September 9, 2021, at Williamson Cemetery, rural West Point, Iowa.Burial will be at Williamson Cemetery, rural West Point, IowaIn lieu of flowers, a memorial has been established in her memory for St. Jude Children’s Research Hospital.Schmitz Funeral Home of West Point is assisting the family with local arrangements. Online condolences may be sent to the family at www.schmitzfuneralhomes.com.