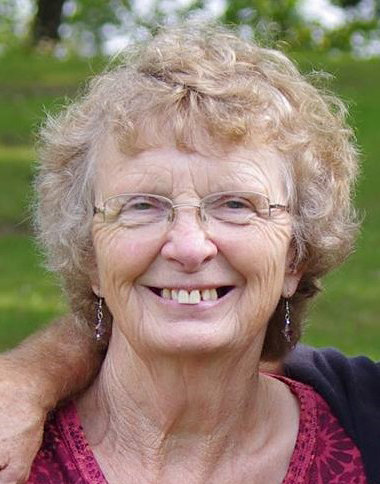 Shirley Joann Husak, 82, of Farmington, Iowa, passed away peacefully in her home on Wednesday, July 27th, 2022, surrounded by her family.

Shirley was a graduate of the class of 1959 at Farmington High School.

In 1958, when her family moved to Farmington, Shirley met the love of her life Richard Losey. Shirley and Richard went on to be married in 1960 and had three children together, Kent, Rickie (Rick), and Michael (Mike). In 1979 Shirley & Richard built the brick home of their dreams at 405 Olive Street, Farmington.

After the abrupt passing of Richard Losey in 1983, Shirley continued to lead a life of raising and supporting her family. In 1992 Shirley married John Husak. Shirley and John enjoyed dancing, cooking, baking, camping, traveling, and spending time with Shirley’s family.

During her school years, as well after graduating, Shirley worked at The Bridge Cafe as a waitress. Shirley spoke fondly of her time at the Bridge Café. Shirley later worked in manufacturing facilities, including Schaeffer Pen and Gleason’s in Fort Madison, IA. Shirley also worked as cook at Harmony Schools where she was able to enjoy seeing her sons and grandkids come through the lunch line, as well as all of their classmates.

A memorial service will be held at 10:00 a.m. Tuesday, August 2, 2022, at Schmitz Funeral Home in Farmington, with Pastor Dawn Butler officiating.

Burial will be at Center Chapel.