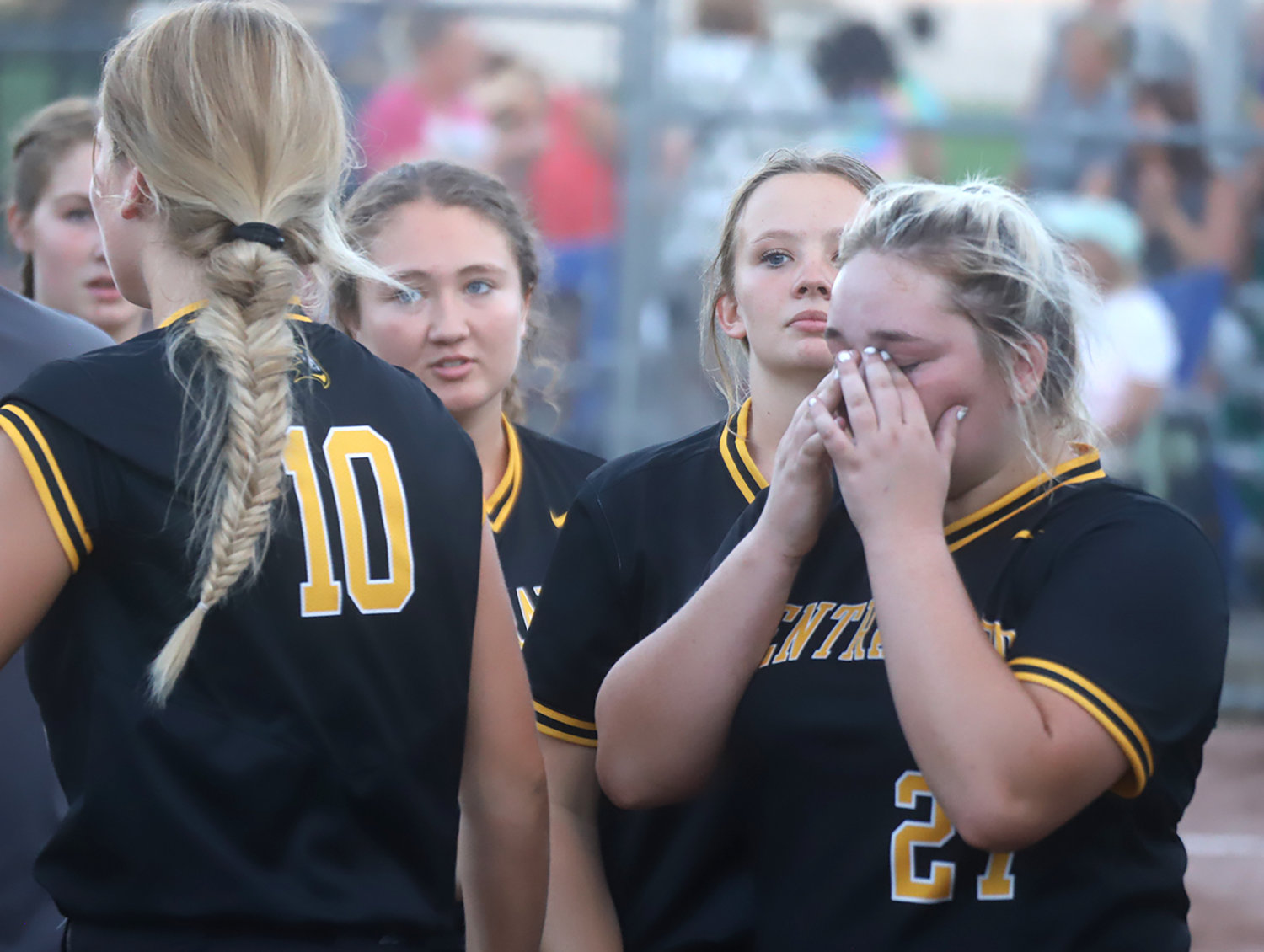 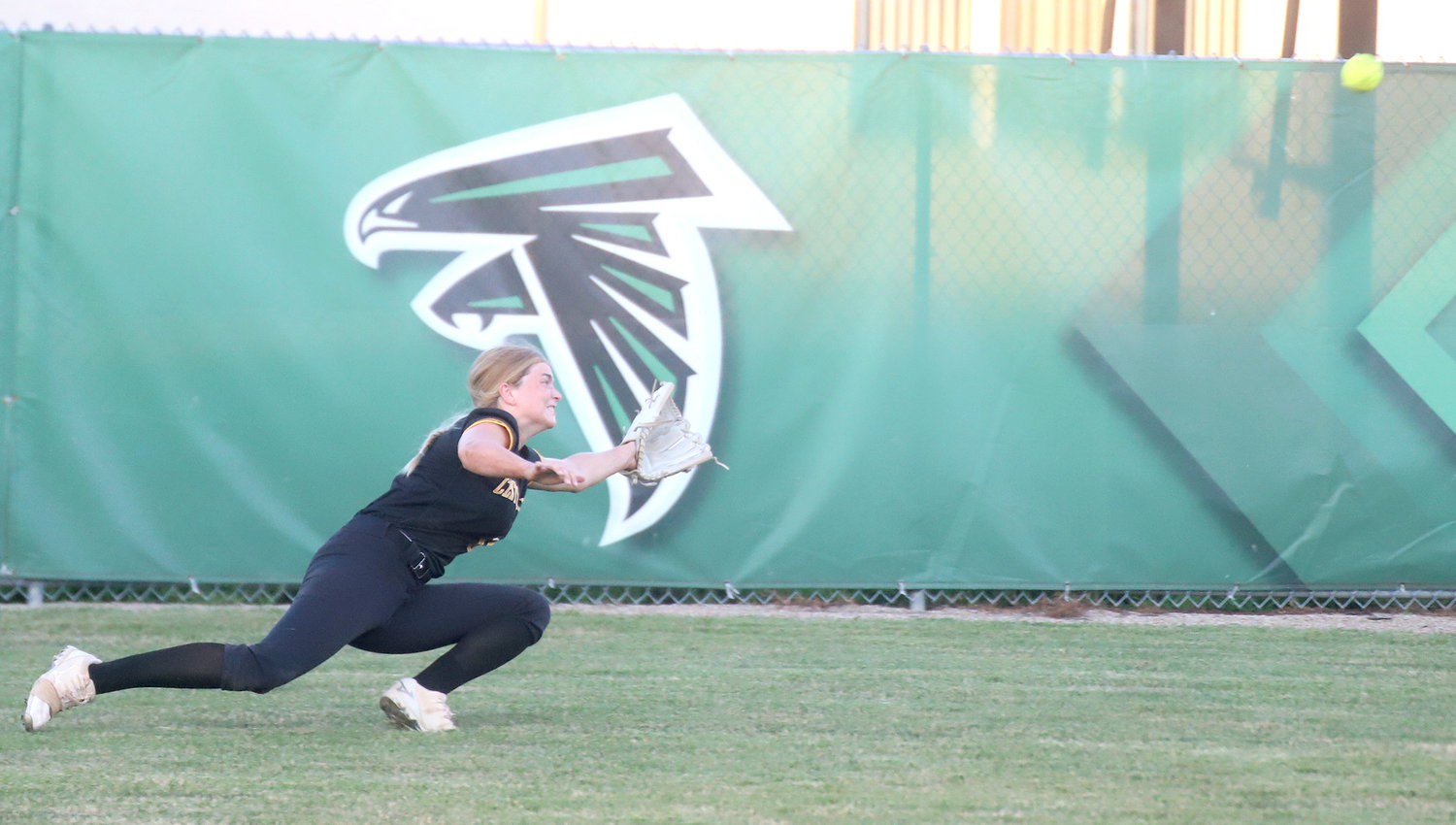 Senior Meghan Hopp dives for single in center field Saturday during the third inning action. Hopp wouldn't catch up to the ball and a run would score on the play.
Photo by Chuck Vandenberg/PCC 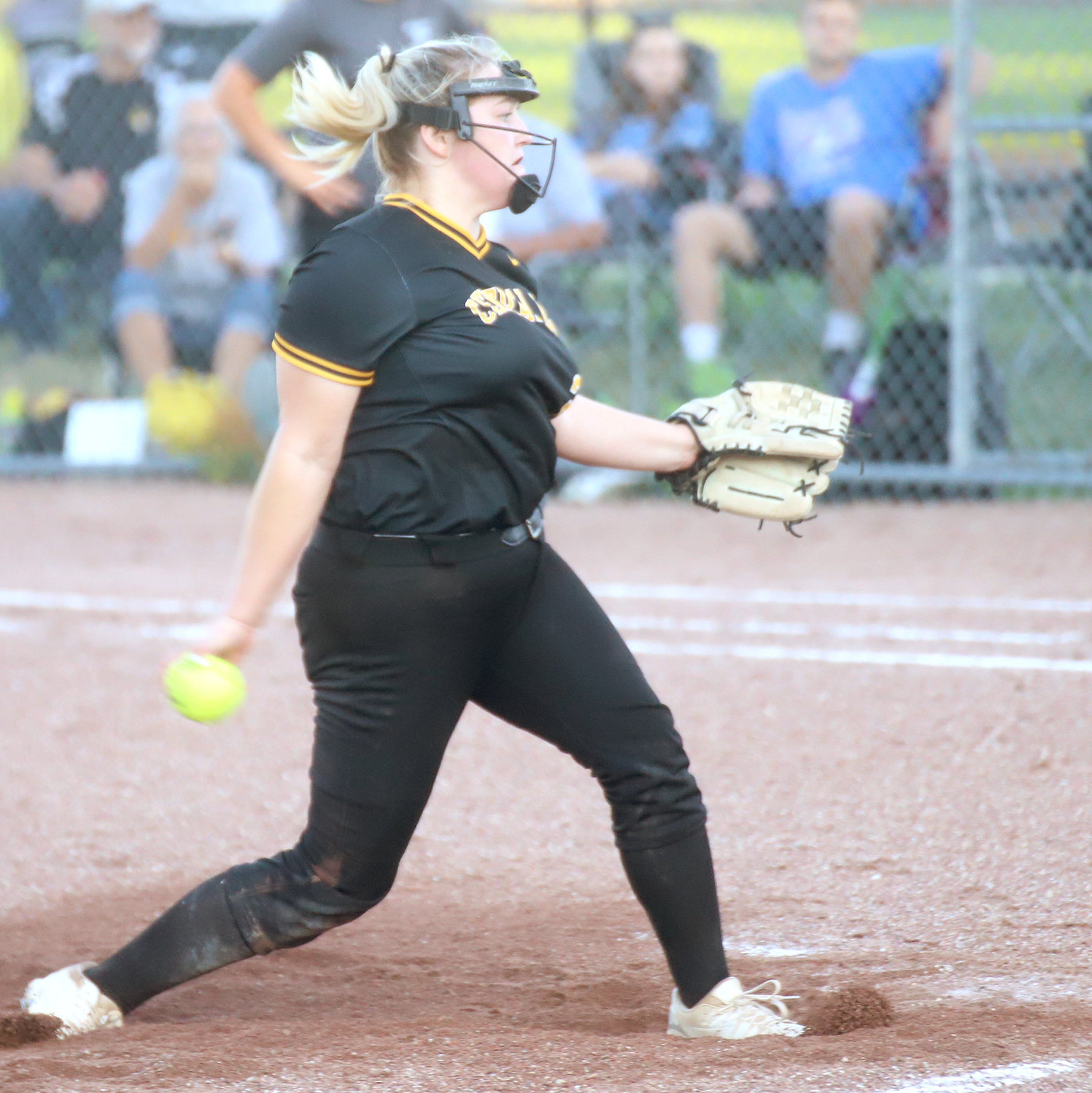 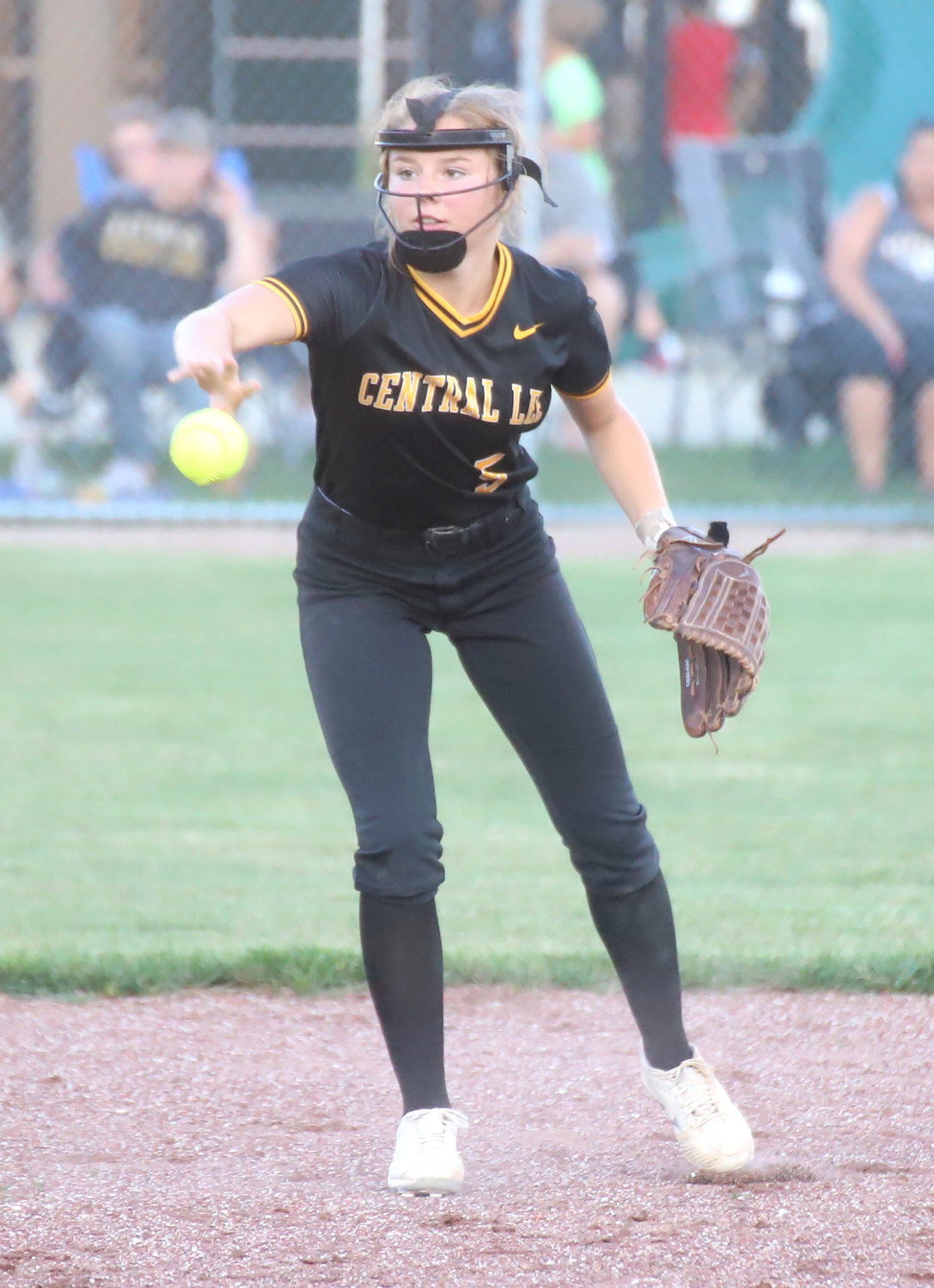 Jaci Hawk (5) flips a force out to second base on an infield grounder Saturday in the fifth inning of the Hawks' regional semifinal at West Burlington.
Photo by Chuck Vandenberg/PCC 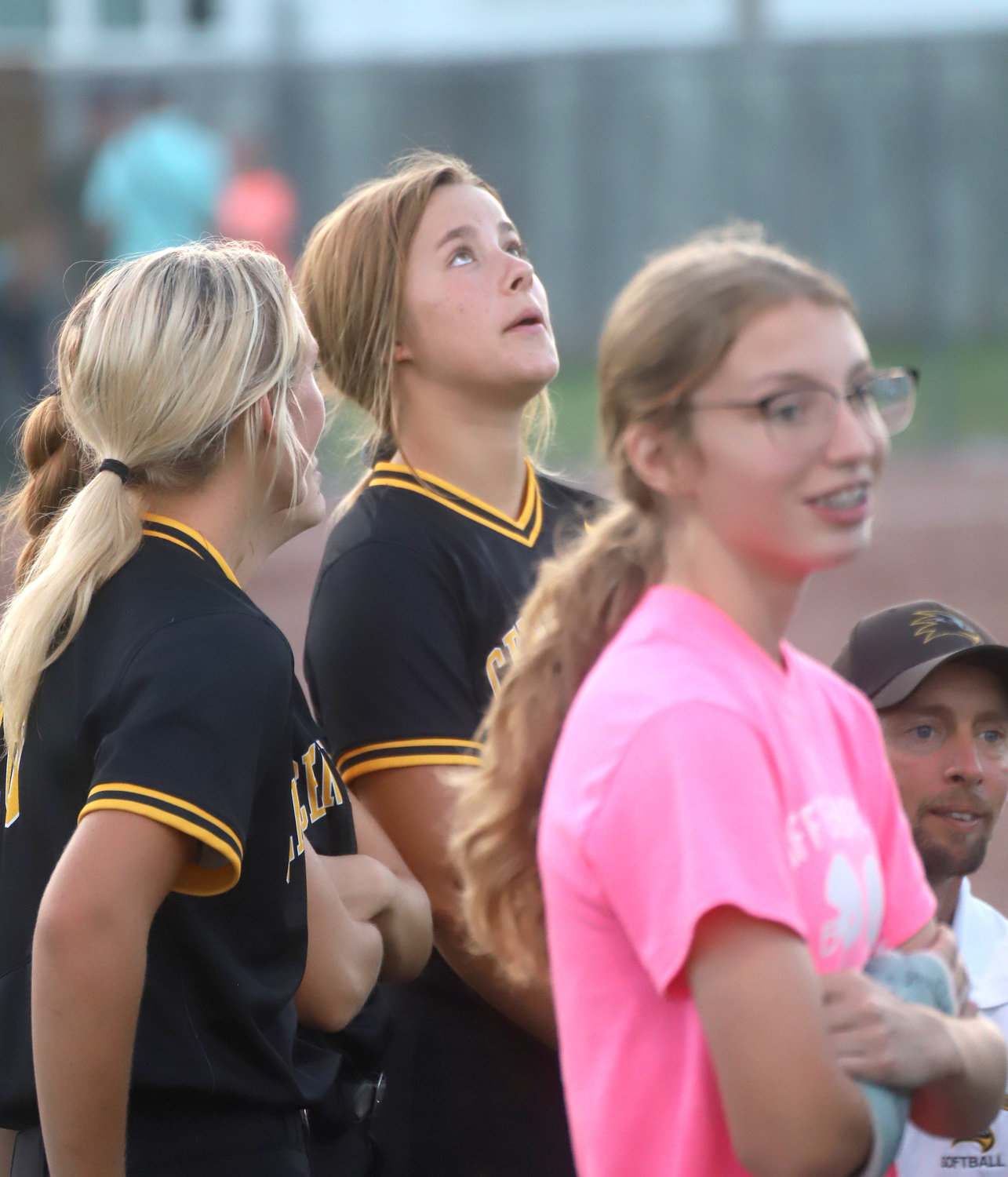 Senior Bella Steffensmeier looks to the sky to keep from tearing up as she talks to the Lady Hawks after their 4-3 season-ending loss to WB/ND Saturday.
Photo by Chuck Vandenberg/PCC 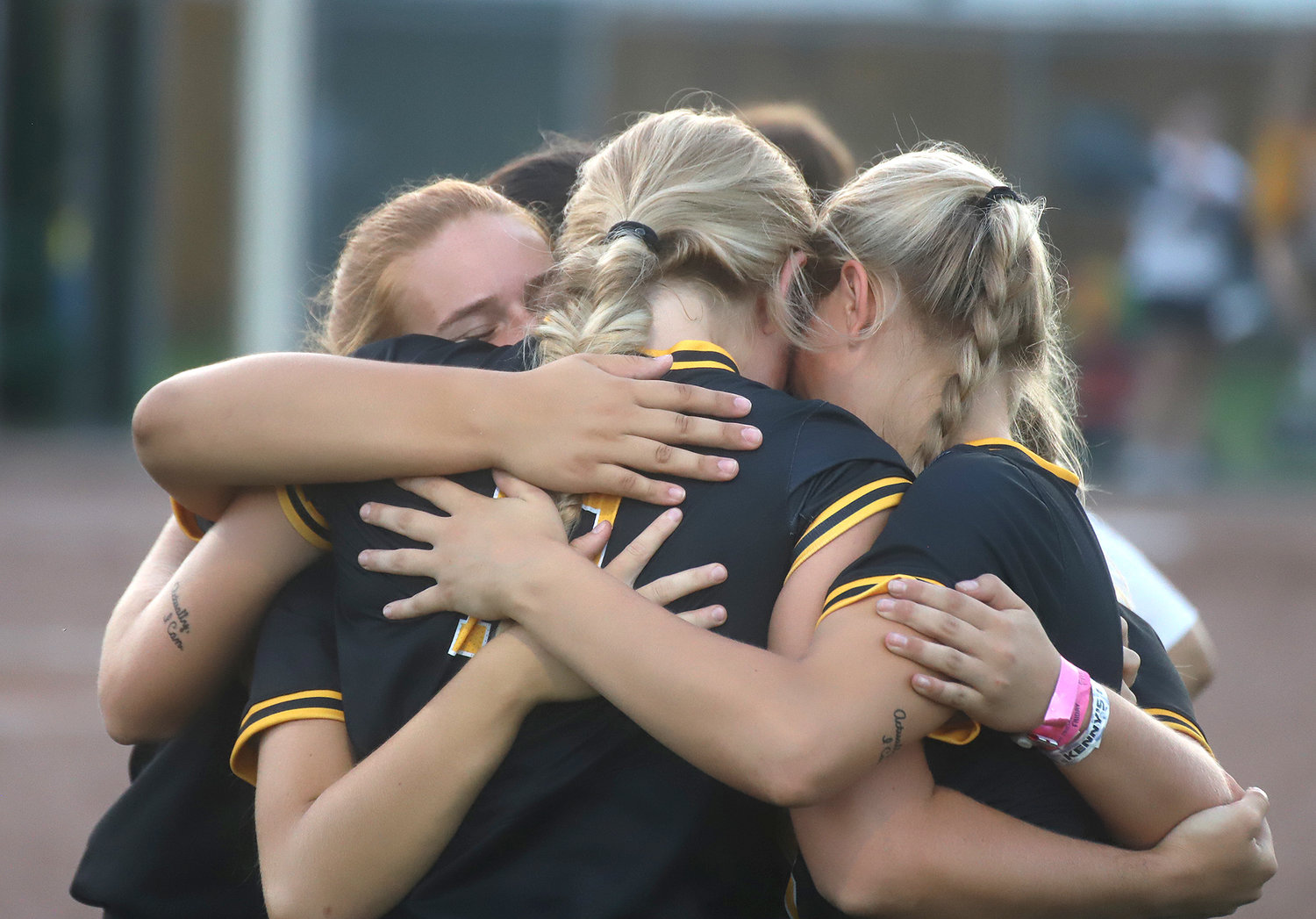 Senior Meghan Hopp gets a group hug from several other Central Lee players after the Hawks' 4-3 loss to WB/ND on Saturday.
Photo by Chuck Vandenberg/PCC
Previous Next
Posted Sunday, July 10, 2022 1:21 pm

This is the closest we've played them in more than 10 years and being this close to winning just sucks.”
Meghan Hopp - Central Lee senior

They did their job and we did ours. This is the most intense game we've had against West Burlington in a long frickin' time. Since 2009.”
Tiffany Woodruff- CL Head Coach

I think we came ready to play. We just wanted to beat them and it didn't end the way we wanted. But it was a good season.”
Sophie Turner, Central Lee senior pitcher
Chuck Vandenberg, Pen City Current Editor