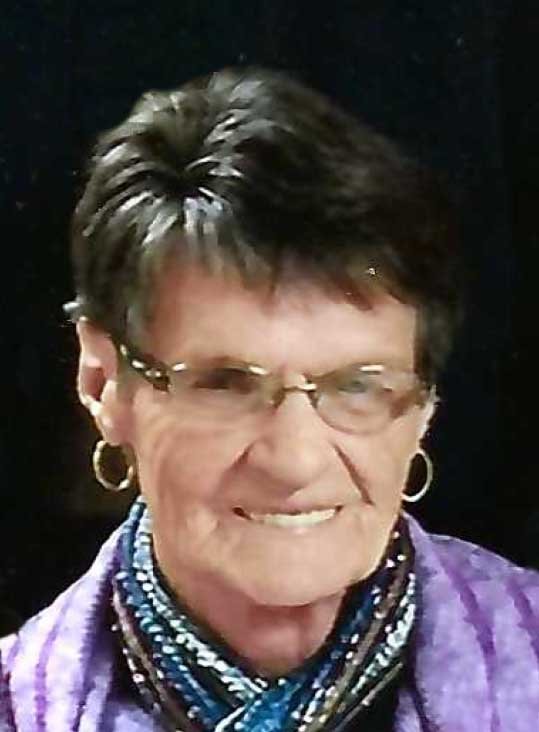 Elfriede Anna (Paar) Harmon, of Keokuk, IA, passed away peacefully in her sleep on Saturday, August 28, 2021 at Montrose Health Center in Montrose, IA at the age of 84.

She was born January 9, 1937, in Zwittau, Czechoslovakia, the second child of Johan Paar and Emilie (Filipp) Paar.  At fourteen years old Frieda rode her bicycle to work at a cheese factory.  If it got dark, her dad would meet her and walk her home to make sure she was safe.  At sixteen, Frieda worked in a factory making jewelry but had to quit because she was allergic to the materials to make the jewelry.  At seventeen, Frieda went to work at a textile factory making bed linens.

Frieda met her future husband, Roy James Harmon, at a spring fair and carnival in Augsburg, West Germany, white he was stationed there as an Army helicopter mechanic.  There were united in marriage on February 12, 1960 at the German registrar in Augsburg and on February 13, 1960, in the Catholic Church in Diedorf, West Germany.  After Roy’s discharge from the Army, they returned to the states and made their home in Keokuk, IA.  Frieda later became a U.S. citizen.   She primarily was a homemaker except for a year she worked in a nursing home but had to quit because she had a tough time when a resident would pass away.

Frieda had many hobbies including knitting, exercising, dancing and home improvement.  She took extreme pride in her house and yard.  She loved spending time with her children, grandchildren, great-grandchildren and great-great-grandchild.  She loved her many dogs throughout her life.  Frieda appreciated her in-laws love and acceptance into the Harmon family being she was from Germany.

She was preceded in death by her husband, Roy James Harmon, her parents, her grandparents, her mother and father-in-law, James Fredrick and Wilma Alberta (Fowler) Harmon, one sister Hermie (Paar) Meek and her husband Hans, one brother Hansel Paar, and two brothers-in-law, Leslie Harmon and Walter Harmon

Funeral services will be held at 1 p.m., Wednesday at the Vigen Memorial Home in Keokuk with Pastor John Heath officiating.  Burial will be in the Oakland Cemetery in Keokuk.

Visitation will be held on Wednesday from noon- 1 p.m. at the funeral home with family meeting with friends at that time.