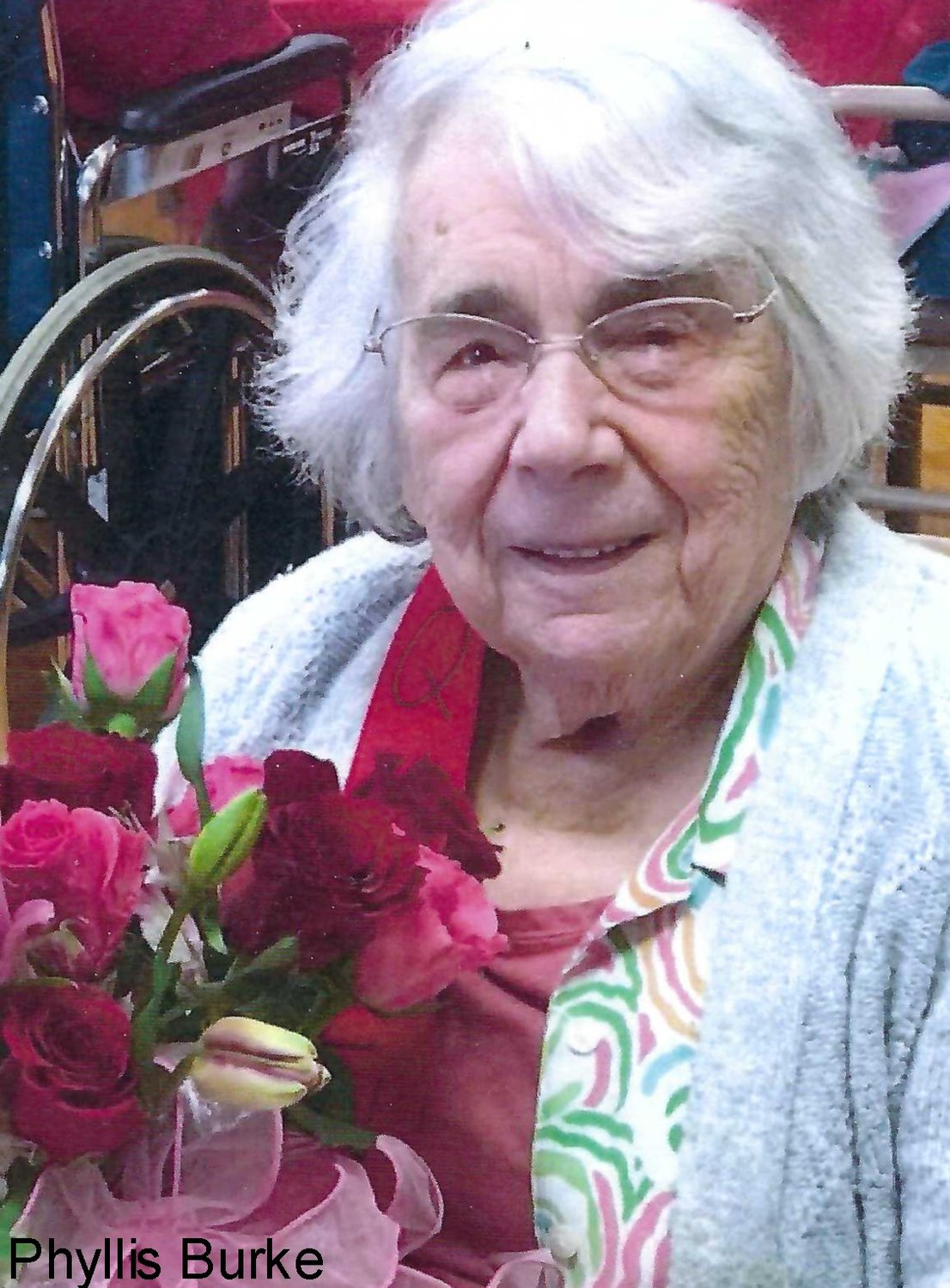 A Mass of Christian Burial will be held at 10:30 a.m., Tuesday, at All Saints Parish in Keokuk with Reverend David Brownfield, Ph.D. officiating.  Burial will be in the Keokuk National Cemetery.

She was born March 26, 1924 in Keokuk, IA the daughter of Phillip Edward and Marguerite Schmid Filz.  Phyllis graduated from Wayland High School with the class of 1942.  She then attended Gem City Business College in Quincy, IL.

On Thanksgiving Day, November 22, 1945 Phyllis was united in marriage to Raymond Burke in Kahoka, MO.  He preceded her in death in 1972.

Phyllis had been employed at several local businesses through the years, including Midwest Carbide, Dreydens, Swifts Turkey Processing and the Keokuk Community School District.  She later was employed by Lee County Recorder’s Office as the Deputy Recorder until her retirement in 1987.

Phyllis was of the Catholic faith and attended St. Francis DeSales Church in Keokuk and later All Saints Parish where she was active in several committees including the Rosary Society and Ladies of Charity where she assisted in funeral dinners.  She was also a member of the Business and Professional Women.

Phyllis was an avid reader and enjoyed going to the library.  She loved working in her vegetable garden and canned all of the green beans that she grew every summer.  Phyllis was wonderful cook and made delicious meals for her family to enjoy.  She loved to travel and never missed an opportunity to take off on an adventure with her sister and cousin.

Besides her husband, she was also preceded in death by her parents, one sister, Vera Zinnert and two brothers, Alan “Peanut” Filz and Richard Filz.

A Mass of Christian Burial will be held at 10:30 a.m., Tuesday, at All Saints Parish in Keokuk with Reverend David Brownfield, Ph.D. officiating.  Burial will be in the Keokuk National Cemetery.

Memorials may be made to All Saints Parish.