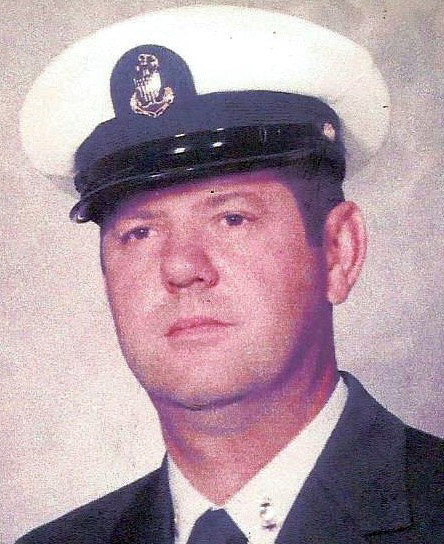 He was born on March 11, 1939 in Salisbury, Maryland the son of William Leon and Ruth A Lakefield.

Bill graduated from the Milford High School in Milford, Delaware with the Class of 1958.

On September 3, 1966 Bill was united in marriage to Georgia “Kay” Adams in Keokuk. She survives.

Other survivors include two sisters, Ruth Ann Dickerson and Leona Clendaniel both of Milford, Delaware, nieces, nephews and special friends and caregiver his “kids” Stacie and Bill Claus and their children, his “grandkids” Nicole, Caylee and Cody, two brothers-in-law, Larry Swift and Lonnie Swift, and a sister-in-law, Sandra Rummans.

He was preceded in death by his parents, two stepbrothers, William Morris and Elwood Wayne Morris and two stepsisters, Betty Lane and Dian Simpson.

Bill enlisted in the United States Coast Guard on June 30, 1958 and proudly served his country until July 1, 1978 when he retired after 20 years of service.

He then was employed as a distribution manager for the L.D. Caulk Co. for 10 years and then worked as an assistant manager for Walmart for 11 years prior to his retirement.

He was a faithful member of the First Christian Church in Keokuk and the Elks Lodge in Milford, DE where he was a past Exalted Ruler.

In his spare time, he loved to golf, fish and go dancing with Kay. He stayed active in the Elks Lodge and traveled throughout the United States for a year with Kay.

Memorials may be made to the First Christian Church youth activities or youth camp.

Online condolences may be made to the family at www.vigenmemorialhome.com