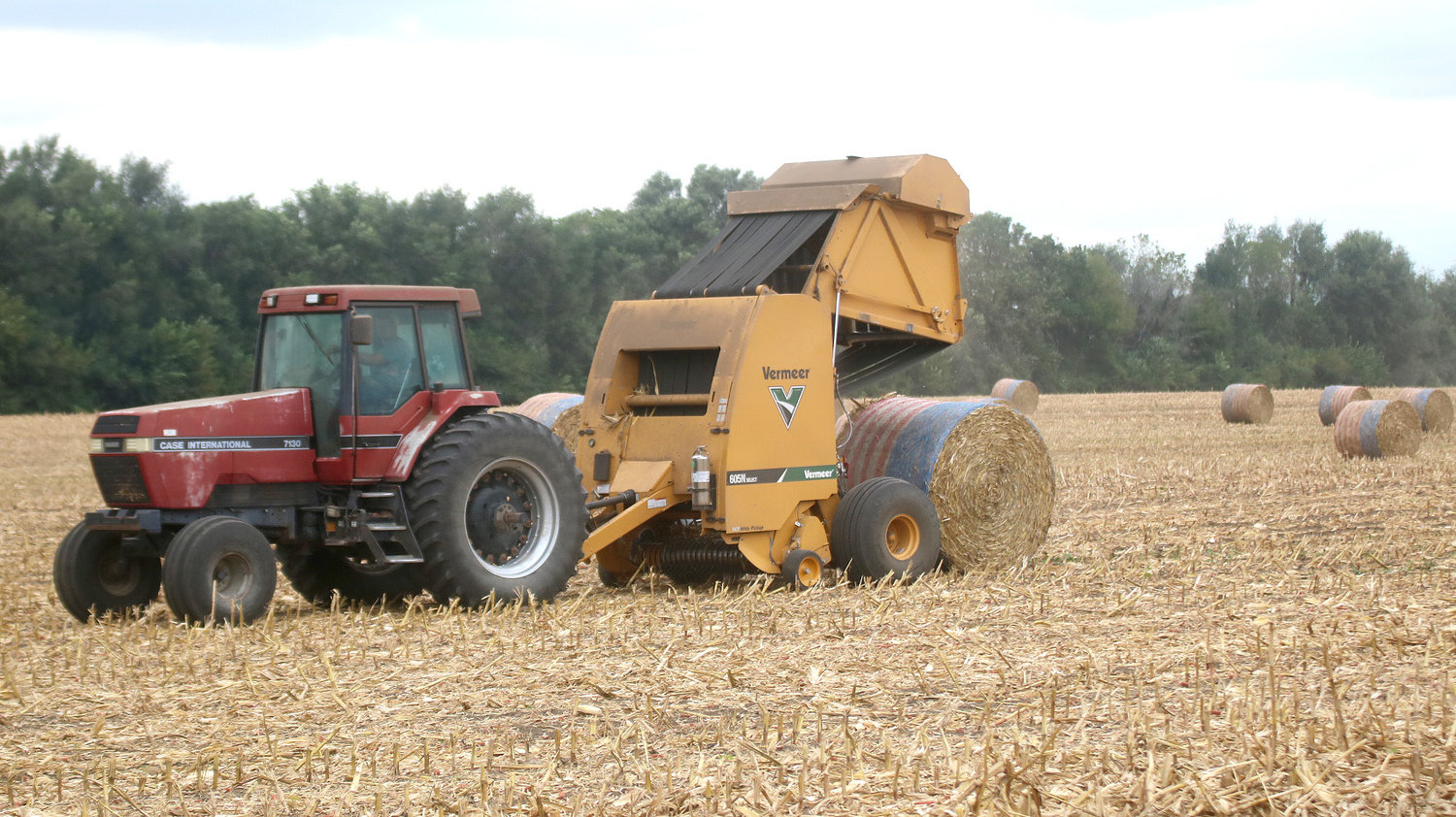 MONTROSE - Anyone heading west on the Charleston blacktop right off Hwy. 61 got a blast of patriotism on Thursday and Friday.

The farm of Ronnie and Deb Holtkamp, on about 200 acres across the highway from the Lee County Sheriff's office to the southwest, was dotted with about 800 bales of mowed corn stalks that were rolled in red, white, and blue wrapping.

The stalks are used as bedding for livestock according to Cody Wenke of Wenke Beef. Wenke and his father contract with the Holtkamps to mow the harvested stalks. The bales will be sold and some will be used for the Wenkes' livestock operation.

But when most people use twine or wire in balers, the Wenkes started using the patriotic baling last year when they saw that $5 from each wrap purchased was donated to veterans' groups in different parts of the country.

He said he's not sure if that effort is still underway, but regardless, he likes the patriotic theme and is proud to show off America on Iowa's farm fields.

Wenke said he buys the patriotic wrapping net in bulk from Bale Tuff Net Wrap from a supplier in Missouri. The baling netting comes in 7,000 foot rolls.

"It used to be, when we first bought it it was so much a roll in American flag wrap and they give $5 a roll to veterans and that's how it all started," Wenke said.

"It looks good. It's the American flag, why wouldn't you want to do it? If I was to order green, or be able to order red, white, and blue, at basically the same price why wouldn't I?" Wenke said.

Ronnie and Alvin Holtkamp farm the land during the season, and the Wenkes bale it after mowing it and raking it.

Wenke said he and his father do about 2,000 bales after harvest.

Ronnie Holtkamp said he loved that they are using the red, white, and blue themed materials. The Holtkamps also have a large American flag painted on a section of fence that covers up the farm irrigation controls.

Deb Holtkamp said many people drive by and shoot pictures of the unique bails stacked up at the front of the property.

"There are so many people who told me they took pictures of this driving by and we just think it's so neat," Deb said.

The Holtkamps have lived on the property since 1997. They lived across the road in a smaller home Ronnie's parents built. The new highway bought out the property and then they built a home across the highway on the farmstead.