Baxter could be new home for Hounds

AD wants to move softball and baseball out to sports complex 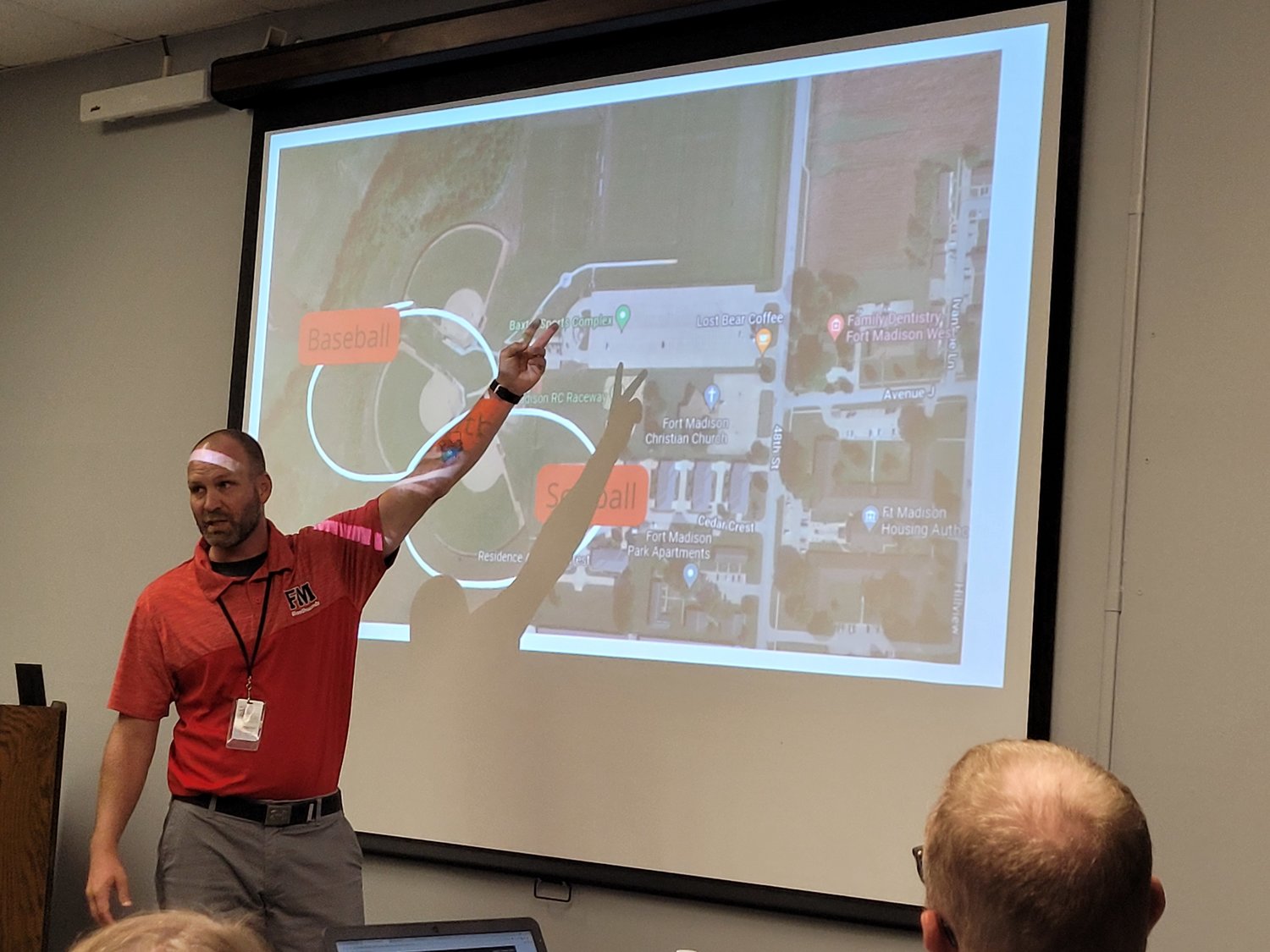 FORT MADISON - A plan to move FMHS softball and baseball to the Baxter Sports Complex was unveiled Monday night at the Fort Madison School Board meeting.

Fort Madison High School Activities Director Jeff Lamb said he has been in conversations with sports complex director Jeff Woodside about what it would take to move the two programs out to the city's west side.

Lamb said the district is facing challenges with the softball and baseball programs including infrastructure, field conditions, parking, and handicap accessibility.

"Currently, we just have a lot going on and limited space," Lamb told the board.

He said handicap accessibility to the fields is not optimal and people are driving on the PORT Trail rather than the gravel roadway around  to the handicap parking between the two fields.

New construction planned for the high school to accomodate moving the 7th and 8th grade students will further encroach on parking for games at the school.

"We continue to lose green space and parking is already a challenge, but it will be a greater challenge when you take away the east lot," Lamb said.

He also pointed out that bullpens at both facilities are not lit and that's dangerous for catchers who are warming up pitchers in the dark.

"We still have a manhole in centerfield of the baseball diamond. There's still some things that need changed there. These are dated facilities and our infield surfaces both need redone,' he said.

"You're talking tens of thousands of dollars in that just to put those together, and if you don't know, our maintenance guys are already stretched pretty thin."

If the district were to move the sports over the Baxter Sports Complex, they would lose concessions but would not lose gate. He said there would be rental fees for the school at the site, but they aren't drastic charges.

However, maintenance would be handled by Baxter staff so school resources wouldn't be responsible for that.

Lamb wants to move softball out to the complex in the first year of the proposed move, and then move baseball over during the second year.

He didn't elaborate on when the move could take place, but wanted to present the options to the board and get direction to continue discussions on the project.

"Partnership's a positive thing and we've already been working with Baxters and they've been phenomenal. We want to continue that," he said.

He said the scoreboards currently used by the two teams would be moved out to the complex.

Lamb said the move would allow improvements at FMHS as well as allowing Baxter to continue their growth.

There are some marsh areas beyond what would be the baseball field, and he said Iowa Department of Natural Resources would have to be involved in extending the field into that area.

Lamb said he knows there will be questions from the community.

"I know there's going to be a little, 'we have this, why are we doing that' from the community, but if we get ahead of it we can showcase the positives."