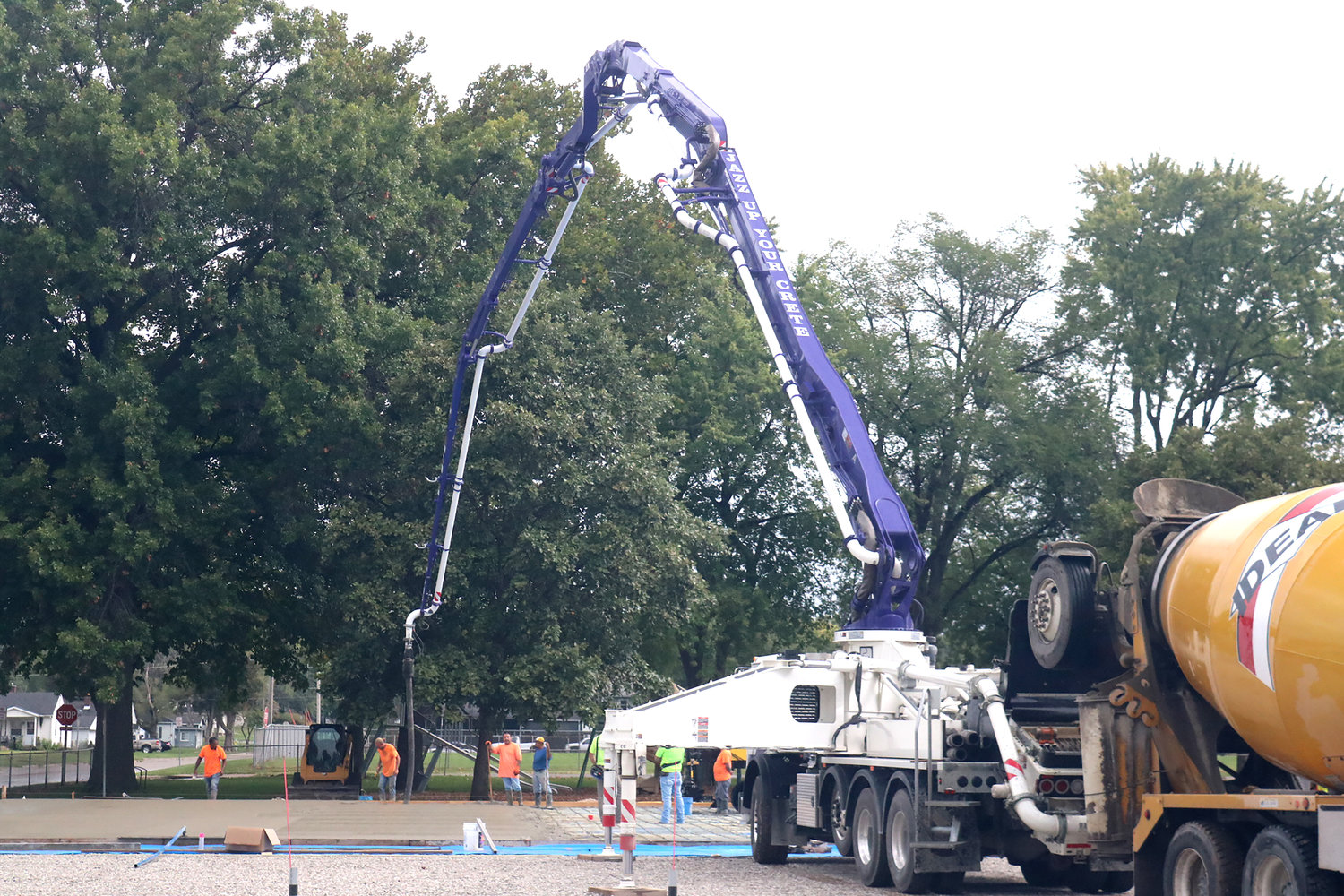 And the people supportive of this have been so generous and excited about the project. We've even seen an uptick in the number of people playing inside at the YMCA now that the outdoor park is coming.

FORT MADISON - The Fort Madison outdoor pickleball courts are getting the first pumps of concrete, and officials hope to have the courts open yet before the snow flies.

Fort Madison Pickleball Association member Lynn Hoyer said the concrete is being poured this week and that will have to cure for 28 days before the acrylic surface is applied.

The six-court center is being built in Victory Park where the former tennis courts used to be. The tennis courts were in bad condition and when updates were being considered advocates jumped in to pitch pickleball courts instead of tennis.

The park also has undergone some renovations with the removal of some dying trees and a deteriorated shelterhouse.

Hoyer said the next step is to allow the concrete to set.

"While they do that, they will be putting up the new fencing and then we hope the weather will stay nice enough  that we can still play this year, hopefully within 40 days," she said.

"We've received some other grants, but some of those people don't want to be known," Hoyer said.

"And the people supportive of this have been so generous and excited about the project. We've even seen an uptick in the number of people playing inside at the YMCA now that the outdoor park is coming."

But she said the group is still taking donations.

Donna Amandus, another committee member said the group will be memorializing benches and they will be sponsoring 10 benches for the park.