Group asks for support to set up educational crop program 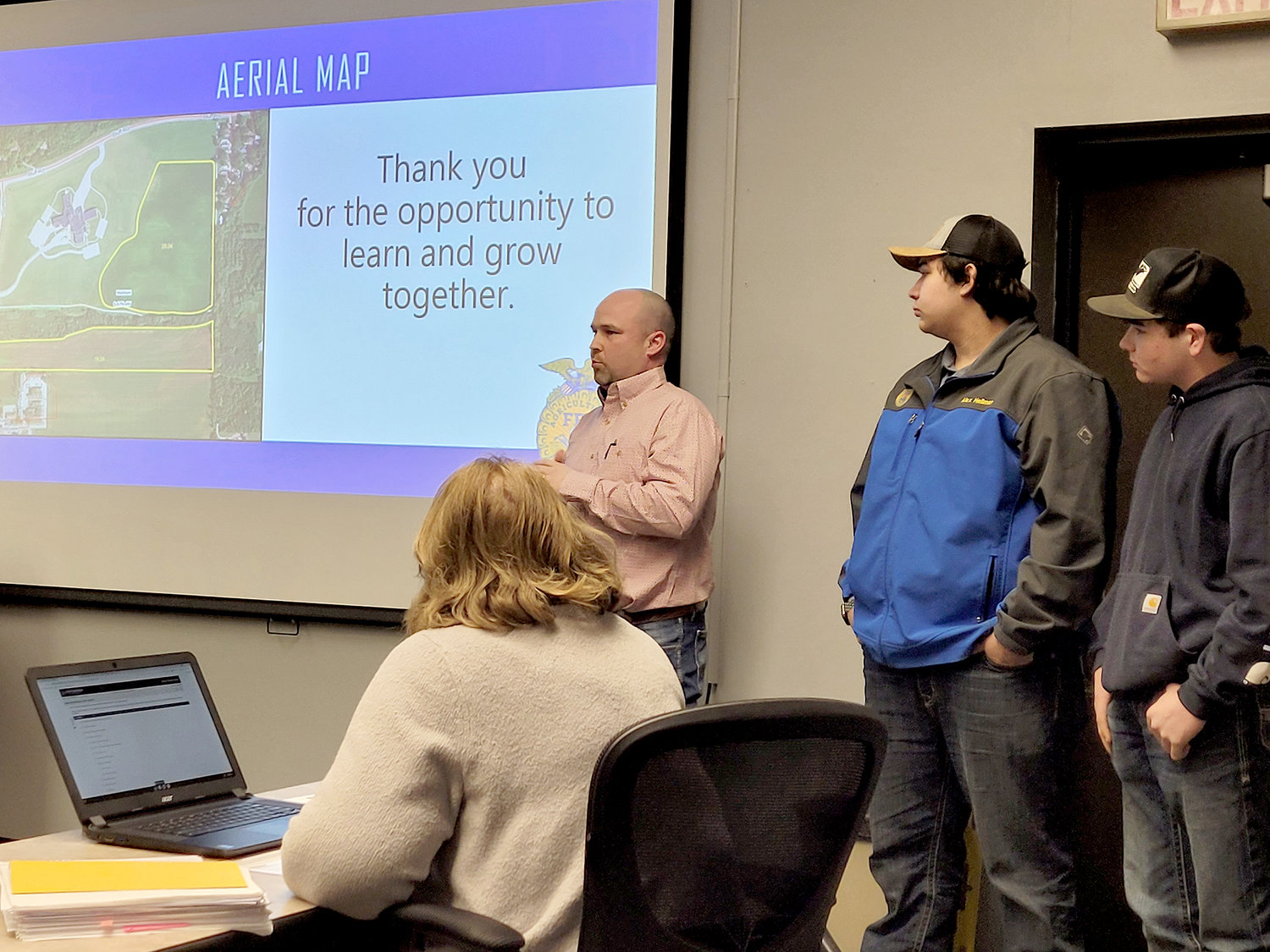 FFA is not just about country kids coming in joining a school club. This will have an impact on FFA because kids will be able to see what goes into the farming process.”
Alex Hellman, FMHS sophomore
Chuck Vandenberg, Pen City Current Editor

A group of  Future Farmers of America (FFA) students from FMHS showed up at the regular meeting of the Fort Madison Community School District board of directors' meeting Monday night.

Jay Lampe, the Vice President of the FMHS FFA Foundation, a support group for the program, pitched the program to the school board with about 20 students in tow.

Lampe and other members of the FFA Foundation approached the board in November to consider different options for farm ground around the middle school.

The project will impact the FFA budget at about 35% to get the program up and running, but Lampe said they would in all likelihood make that money back in October during harvest.

"We're kinda looking at this as a two-year commitment as the foundation managing this ground," Lampe said.

They also want to rewrite the curriculum to include the ground and turn it over to students to manage on their own.

"We're committed to support this into the future as long as it takes."

He was asking the school board to allow the foundation to manage the property along with the students in the program.

He said he needs a memorandum from the district giving decision-making control of the land to the foundation for crop insurance purposes.

He said the process will include a traditional corn and soybean rotation.

The program would bring custom operators in to plant, fertilize, and harvest the crops. Lampe compared it to having someone come in and landscape your yard.

He said local elevators will be used to store and market the grain.

There already has been strong support for the program with people in the industry asking to be part of it, Lampe said.

The profits will be used by the FFA program to benefit the students.

Sophomore Alex Hellman said he thinks the hands-on experience is not only good for students that have a background in agriculture, but could raise the interest of others.

"FFA is not just about country kids coming in joining a school club. This will have an impact on FFA because kids will be able to see what goes into the farming process," Hellman said.

"There are kids here in Fort Madison who don't have the opportunity to get their hands on farming stuff and looking at the crops."

Hadley Johnson said he was looking forward to the project because of the learning process.

"I don't do a lot myself with farming but I'm very interested. I'm the treasurer for FFA so I  speak to a lot of members and there's of lot of interest in it."

Lampe said plans include getting the land ready for spring planting if they get support from the board.

The board said they would put formal action for the foundation in support of the project, on February's board agenda.