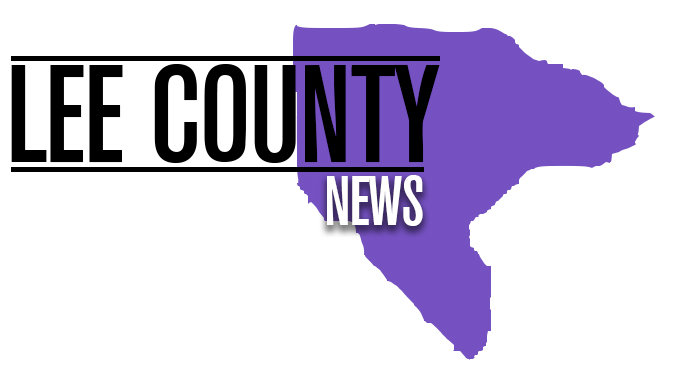 KEOKUK - New testimony from witnesses and the sole suspect in a 2004 slaying of a Keokuk woman, has landed a Manchester man in Lee County Jail on first-degree murder charges.

Nathanial Leo Ridnour, 33, Manchester, was picked up by Lee County law enforcement on Tuesday at the Delaware County Jail and transported to the Lee County Jail. He had an initial court appearance Wednesday morning in front of District 8B Judge Clinton Boddicker and is being held on a $1 million cash only bond.

His preliminary hearing is set for May 15, at 11 a.m. in the South Lee County Courthouse.

Ridnour is charged with the murder of Bonnie Callahan, who was 73 at the time, sometime between June 14-15, 2004. Keokuk police were dispatched to the Mississippi Terrace apartments at 9:10 a.m. on June 15 for a missing persons report. At 3:45 p.m. Callahan's body was discovered along the Mississippi riverfront with signs of blunt force trauma, by a fisherman.

According to an affidaviit filed at the South Lee County Courthouse on April, 30, 2020, Ridnour became a suspect as a result of the investigation. The affidavit said Ridnour, who was 17 at the time, was living with his father in the same apartment complex as Callahan.

Ridnour is also listed on the Iowa Sex Offender Registry for a 2013 conviction of disseminating obscene materials to a female age 13 or under.

The affidavit also alleges that Ridnour stated he could "just not remember killing her", but said he went down to Callahan's apartment to discuss a disagreement he had with her and "make things right".

Investigators also learned that Callahan had recently undergone knee surgery and wasn't able to walk without the assistance of a walker.

Prosecutors weren't able to make a case in 2004 and current Lee County Attorney Ross Braden said he didn't have a comment on what held the case up.

"It's suspicious. She certainly didn't get down there by herself," he said.

But in 2017 the case was reopened during a cold case review by the Keokuk Police Department and the Iowa Division of Criminal Investigation's Major Crime Unit.

"An arrest was never made and the case went cold," Braden said. "They've been working the case since I got to the county attorney's office and had some evidence develop that previously wasn't there."

Braden said he called in Scott Brown, an area prosecutor with the AG's office, to assist in reviewing the case with Keokuk police and DCI agents.

Patricia Hall, one of Callahan's grandchildren said she was thrilled to see the case reopened.

"The reopening of it was wonderful. It was good to see. Some of my aunts and uncles, my grandma's kids, were just like, 'Let it go,"," Hall said.

During interviews conducted in 2018 with witnesses, investigators learned that Ridnour had allegedly told one witness that he needed to get out of town because he was a suspect in Callahan's death, and that he left town shortly after making the statement.

Another witness told investigators in 2018 that Ridnour was concerned about his fingerprints being found in Callahan's apartment.

In 2019 investigators spoke with Ridnour again about possibly being responsible for Callahan's death. According to the April 30, 2020 affidavit, investigators said Ridnour didn't deny killing her, but allegedly stated again that he could "just not remember killing her" and "I didn't mean it or want to hurt anyone".

Braden said Brown will be handling the case for the state.

"I asked for the attorney general's assistance with an area prosecution and Scott Brown's taken the lead on it. He's one of the most experienced prosecutors in the state," Braden said. "They pitched Scott and myself and we decided to move forward."

There are no statute of limitation on charges for murder in Iowa.

Callahan had lived in Keokuk since 1960 and had been employed as a CNA at Montrose Health Care Center, retiring in 1988. She had family throughout southeast Iowa, Illinois, Washington and California.