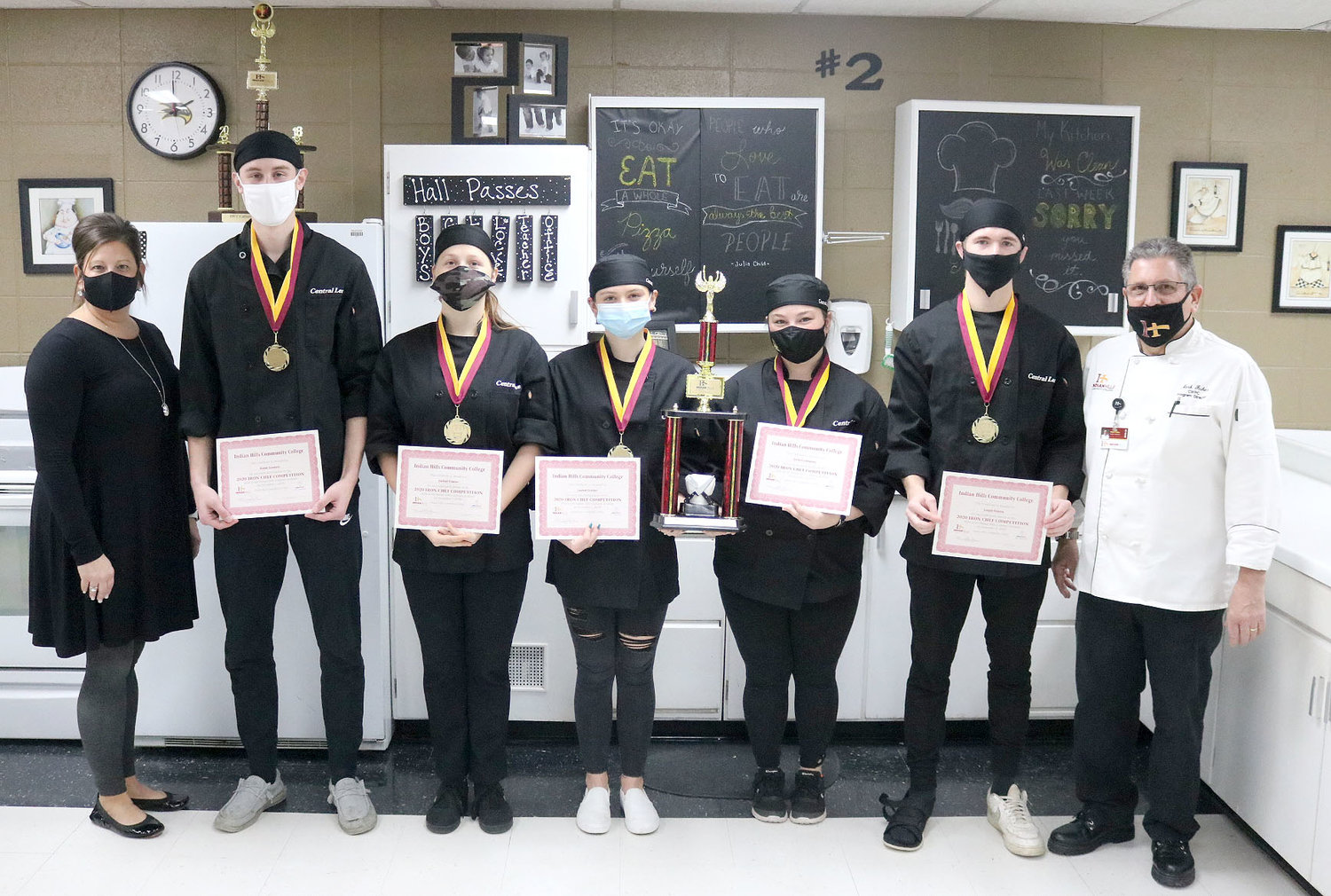 DONNELLSON - If you stuff an pork loin with some apples and throw a maple bacon chutney on it - you're in for a pretty good meal.

But some students from Central Lee High School did that, and then tossed in some sweet potatoes with cabbage and Brussel sprouts and came out smelling pretty good at the Indian Hills Iron Chef competition held virtually in November.

For the first time, the contest had to be judged virtually by Indian Hills faculty, due to the coronavirus. All the schools entered into this year's program were awarded trophies, but Indian Hill's Mark Fisher said according to points, Central Lee would have come in first place.

Each school pulled together their own judging panels this year. Typically that would have been done by a traveling group of faculty from the college.

"I think the judging was the hardest thing this year. We wanted to really try to make it as fair as possible for all school," he said. "

I think that all the schools had good judging and had administration in there too. So there was good feedback and it was well-balanced between all the schools."

Melanie Scheetz, the Central Lee culinary teacher said the students worked on the project in October and then had to video the compilation of putting the meal together.

"By all the scoring, and that was really very close between all the schools with just a few hundredths of the point separating first and second, but by the points, Central Lee would have gotten first place," Fisher said.

Because of the limited access to the projects by the college, Fisher said he scored points, but awarded trophies and certificates to all the schools.

The Hawks appetizer was a maple roasted squash and feta salad. The entree consisted of an apple-stuffed pork with maple-bacon chutney, and sweet potatoes with cabbage and Brussel sprouts. For dessert, the students came up with a caramel apple cheesecake.

Junior Delilah Fowler said she has a goal to open her own bakery after high school.

"I've been baking ever since I can remember and it's something I've always been passionate about. The fact that I can have a career or my own business off of this seems great," Fowler said.

She said the most trying part was coming up with the recipes. Scheetz said the menu actually was a compilation of different pieces that came out of group work prior to the first week in November when they made the meal.

"They were in groups of two that were working on different things and what we ended up doing was taking the pork recipe from one, and then sauce from another and kind of pieced it all together," she said.

Fowler said the cooking part came along well, it was deciding what to make that was difficult.

Fisher said the meals had to carry a fall theme.

"We took some time deciding on what was agreeable and then worked pretty well as a team," Fowler said.

"The most difficult part was deciding what to make for the judges. Everything else, the team work and the processes went great."

Fisher presented the chef students with a trophy, medals and t-shirts from the competition on Thursday afternoon.