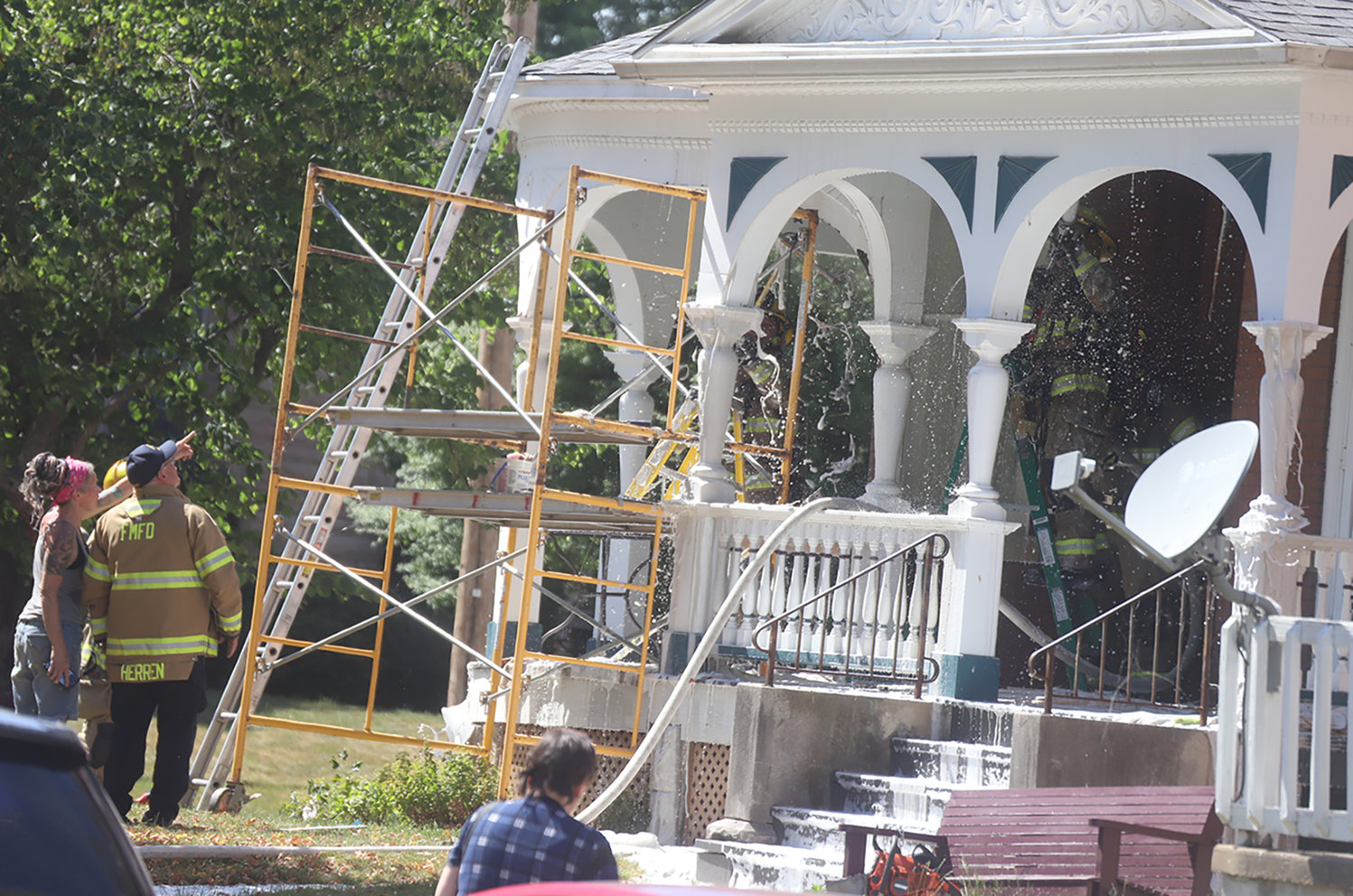 FM Fire Chief Joey Herren listens to the property owner on the northeast corner of 9th Street and Avenue E Thursday about where a fire may have started, as firefighters push foam and water into the ceiling of the porch. The fire started when a heat gun caught some bird nests on fire. The fire was contained to the porch area.
Photo by Chuck Vandenberg/PCC
Posted Wednesday, July 6, 2022 12:57 am

They get hot loads. People put things in the trash and the trash truck dumps it in there with something  burning in it. Or maybe two chemicals that didn't like one another.”
FM Fire Chief Joey Herren
PCC Staff

FORT MADISON - Fort Madison firefighters battled two blazes on Thursday afternoon.
Just after 3 p.m. a porch on the north side of Eighth Street on the east end caught fire after a heating gun was used on some renovations to the porch of the home in the historical district.
Fire Chief Joey Herren said the homeowners used the gun while repairing some of the woodwork, caught some bird nests in the ceiling of the porch on fire.
"We stopped it there at the porch and got that taken care of for her," Herren said.
Firefighters then spent about four and half hours battling a blaze at the Great River Regional Waste Authority landfill.
Herren said in the three fires at the landfill in his time with the fire department, that was the most burning he'd seen.
He said there was either a hot load that was emptied into the cell, which is the newest cell opened at the landfill, or some chemicals didn't get along in the cell.
"They get hot loads. People put things in the trash and the trash truck dumps it in there with something  burning in it. Or maybe two chemicals that didn't like one another," Herren said.
He thanked area volunteer departments from West Point, Denmark, and Wever.
"They saved our bacon hauling a lot of water in."