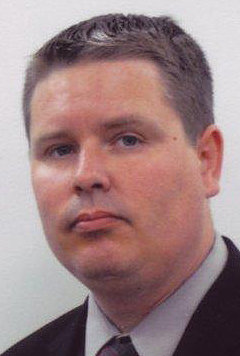 Deadline for applications to fill Schulz' seat is Dec. 14.

FORT MADISON - Two candidates familiar to the Fort Madison City Council have submitted their names to fill an opening on the council effective Jan. 1

City officials are accepting applications for the position until Dec. 14 and will vote to fill the position by appointment at the Dec. 20 council meeting two weeks from Tuesday.

According to Fort Madison City Clerk Melinda Blind two men, Jerry Hamelton and former City Councilman Jason Huppert have both turned in applications for the council to consider.

Huppert owned and operated Sidelines Sports Bar until it closed in 2021.

Hamelton has run unsuccessfully for city council on the ballot and for an appointment, but has vowed through social media posts to continue to run to represent city residents.

The two are vying, along with anyone else who turns in applications prior to the Dec. 14 deadline, to replace current City Councilman Tom Schulz in the 2nd Ward. Schulz won a seat on the Lee County Board of Supervisors in the general election.

His resignation is effective Dec. 31.

Anyone interested  in the seat should prepare a letter of interest and brief bio to submit to Blind at 811 Avenue E, Fort Madison, Iowa, or mblind@fortmadison-ia.com. The deadline for submittal is no later than 4:30 P.M. on December 14, 2022, in order to be considered for the vacancy.