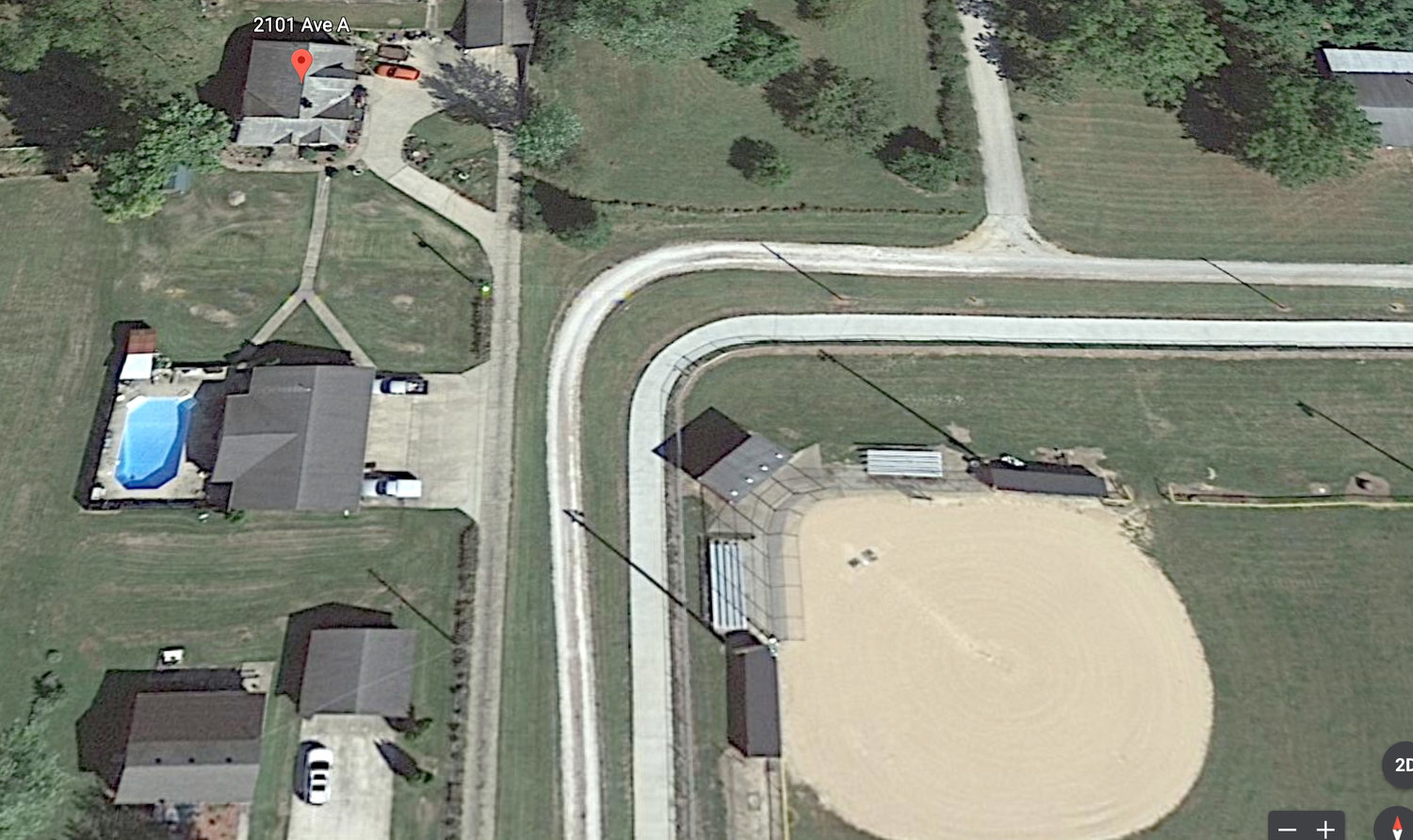 Davolt said in 2021 he indicated an injunction may be sought

FORT MADISON - A property owner near Bill Hoskins Field on the FMHS property said the district has not been threatened with a lawsuit over foul balls that have damaged his property.

Darrell Davolt, 2101 Avenue A, said Tuesday that he has not filed a lawsuit against the district and he isn't sure how the issue boiled over last weekend on social media.

"There's no lawsuit," Davolt said. "We said we would seek an injunction if they didn't want to put a retaining fence up to keep the balls on their property. But we haven't done that and my lawyer said, 'let's not do that'".

Davolt said the issue is in front of the school district. He said it's his understanding the district was close to signing an agreement with Baxter's but backed out at the last minute.

"I was shocked this blew up this weekend. Everyone was calling me and telling me I have a lawsuit and no, I don't. I said they were welcome to come by and look at all the papers we've given to the superintendent. But once she gives it to their lawyer, you can't talk to the superintendent anymore.

"I don't know where the rumor started, but it went crazy."

Dr. Erin Slater, FMCSD superintendent, said she couldn't comment on the issue other than to confirm attorneys are involved.

"The attorneys involved are continuing the conversation. That is all I can say at this time."

Davolt said the district has told him they want to work things out, but it may not be until the end of the season.

"There's no lawsuit and I don't think there'll be one," Davolt said. "They're wanting to comply, but the letter I have says they want to do it at the conclusion of this season. Well, that's not acceptable.

"What if I'm walking down there or my grandchild is riding her bike or battery-operated car and gets hit in the head? That's not being responsible. The school system is a poor neighbor."

The issue surfaced when two trees were taken down in construction of the PORT trail that runs behind the softball and baseball fields. The two trees helped keep a lot of the foul balls hit over the back stop from going onto Davolt's property. Now those balls regularly land in Davolt's yard or strike a garage that was constructed behind the field.

A social media frenzy whipped up over the weekend and the school district inquired as to moving the games to Baxter Sports Complex. An agreement had been reached to move the games to the complex on the city's west side, but the district backed off the agreement and is still playing games at Hoskins Field.