State biologists are looking for heavy numbers again in 2022 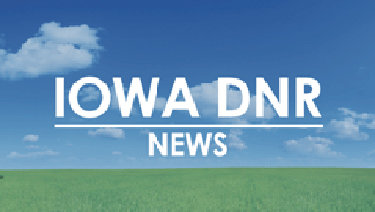 DES MOINES - Iowa pheasant hunters had an excellent season last year, harvesting the most roosters since 2008, and many are looking forward to what 2022 has in store. That fall forecast will be based on the Iowa Department of Natural Resources’ (DNR) annual roadside pheasant counts, that begins Aug. 1.

The statewide survey is conducted by Iowa DNR staff between Aug. 1-15, who drive 218, 30-mile routes on gravel roads at dawn on mornings with heavy dew. Hen pheasants will move their broods to the edge of the gravel road to dry off before they begin feeding, which makes them easier to count.

“Last year, South-central Iowa had an average count of six pheasants per route, so I’d be surprised if this year’s counts aren’t higher. The question is, if the counts in the counties in the northern third of the state can go higher, where we had good numbers and good hunting,” said Bogenschutz. “It will be interesting to see the survey results. We are dry over a lot of the state and the conditions for the survey are important as the accuracy of the counts depend on the dew conditions when the routes are run.”

In June the DNR issued its annual prediction for the roadside counts, which uses a weather model based on the snowfall, rainfall and temperatures from the past winter and spring.  The model provides a best guess at what the counts might look like, and it is predicting counts as good to better numbers than last year. And that is good news for hunters as they bagged an estimated 375,000 roosters in 2021.

But the best indicator for the fall season is the August roadside survey that counts actual pheasants seen along more than 6,000 miles of rural, gravel roads.

“I’m cautiously optimistic for this fall,” he said. “All the indicators are pointing in the right direction.”

The August roadside survey has been conducted over the same routes since 1962. In addition to pheasants and quail, the survey collects data on partridge, cottontails and jackrabbits. Results will be posted online at www.iowadnr.gov/pheasantsurvey in early September. Iowa’s pheasant season begins Oct. 29.D