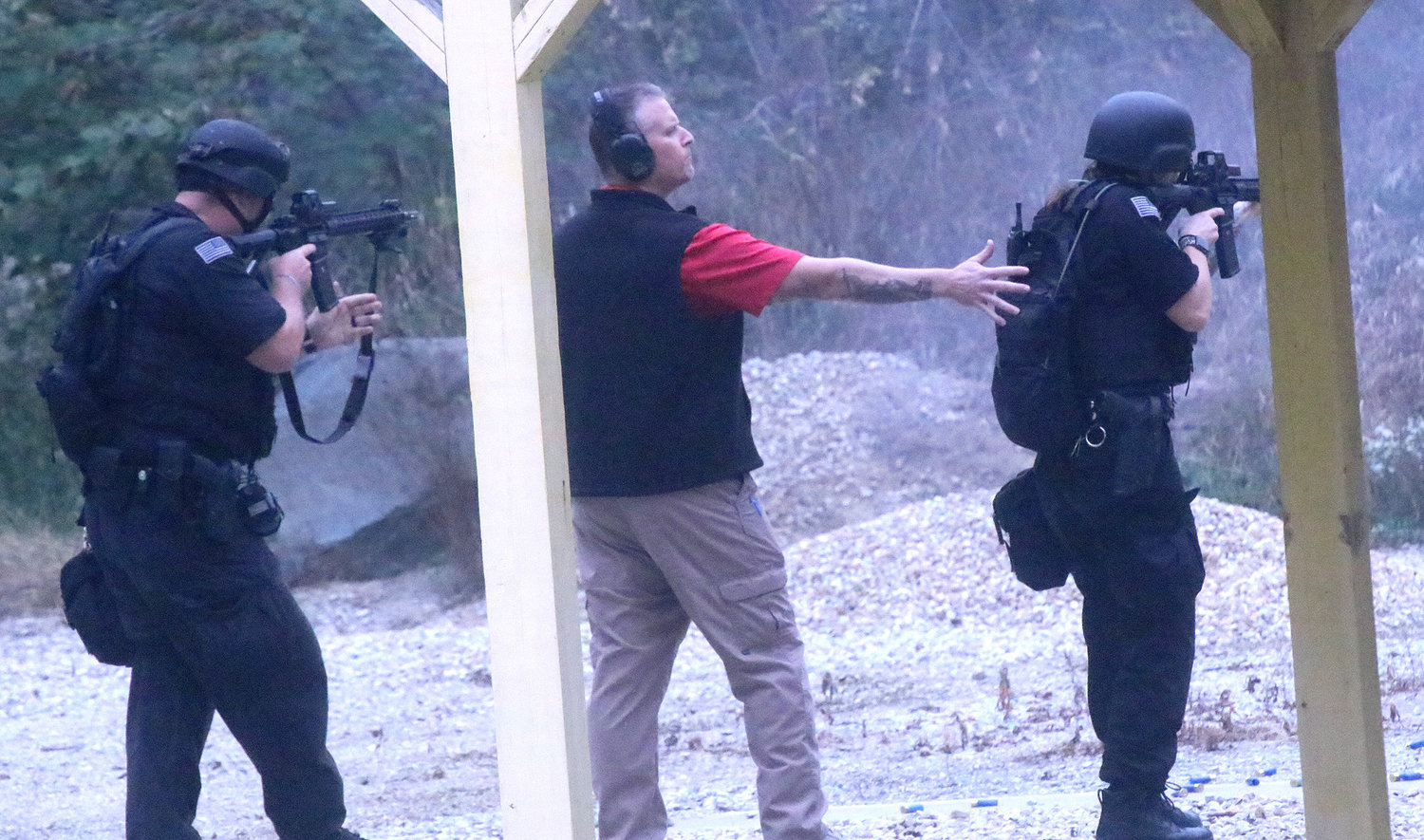 FORT MADISON - State officials were happy to trek to the southeast corner of the state this week for the first emergency response training in more than two years.

Brian Foster, DOC's newly appointed Security Operations Director, was on hand, as was DOC Deputy Director, and former ISP Warden, Randy Gibbs. Foster was hired in May and has extensive multi-state experience in prison security. His appointment came on the heels of two murders that took place at the hands of two inmates at Anamosa State Prison.

Foster said COVID had prevented any of this type of training over the past year.

"Typically we do this kind of thing annually, but COVID kept us from doing it last year. It's just an important part of training and it's good we can get back at it," he said.

ISP Deputy Warden Doug Bolten said this is a no-score emergency preparedness event. Fort Dodge hosts a competition every year in the fall for CERT teams.

"This is basically an emergency preparedness Incident Command System drill for CERT teams," Bolten said. "We have many training objectives, but yesterday right out of the box we tested how our team leaders and team leadership is communicating and briefing their people."

He said the annual training is to prepare for situations that staff hopes will never need to be used. Internally each center has had issues that they've been able to manage, but very rarely does the state pull all its resources together for a situation, but they have to be ready for that.

"The last time that anything was pulled completely together was when we moved the old ISP. We train really hard for something we hope we don't have to do, but if you don't train, you're not ready. This is all about a state of readiness," Bolten said.

He said with COVID putting things on hold last year, the training had to revisit some things due to new personnel and a lack of time between trainings.

"Since it's been two years now because of COVID, we had to bring some things back and reverse a little bit, plus we've had some turnover and so we're back to building some things and next year we'll it get back to a higher operating level," Bolten said.

"It's not that we can't operate at that level, we just have a mixture of teams with experienced and new staff and this is an opportunity for us to get them all back."

The teams also did a "tier clean" which is going into a population tier and eliminating a hostile situation with multiple offenders.

The offenders in the training drill were nursing students from Southeastern Community College who volunteered to be part of the drills.

The simulated offenders took over a commons area in a cell block and the CERT teams worked together to neutralize the situation using sticks, shields, K9 units, flash bangs, and verbal commands.

The CERT teams entered from different areas and dealt with scrambling inmates, objects being thrown and mattresses being used not only as protective padding to advance on the CERT team but also as obstructions to try and prevent mobility of the response team.

The trainings will last through Thursday with additional class work including hostage negotiations before the session ends Thursday afternoon.